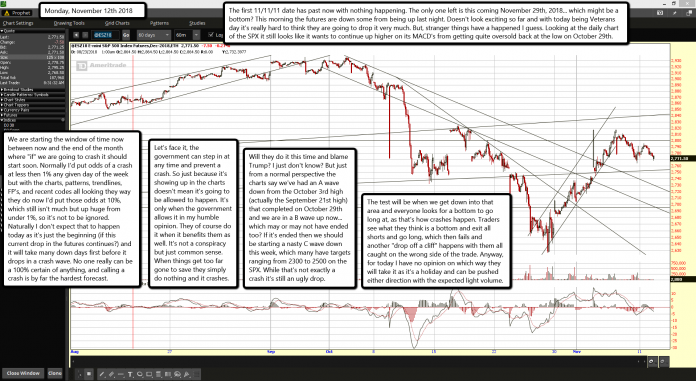 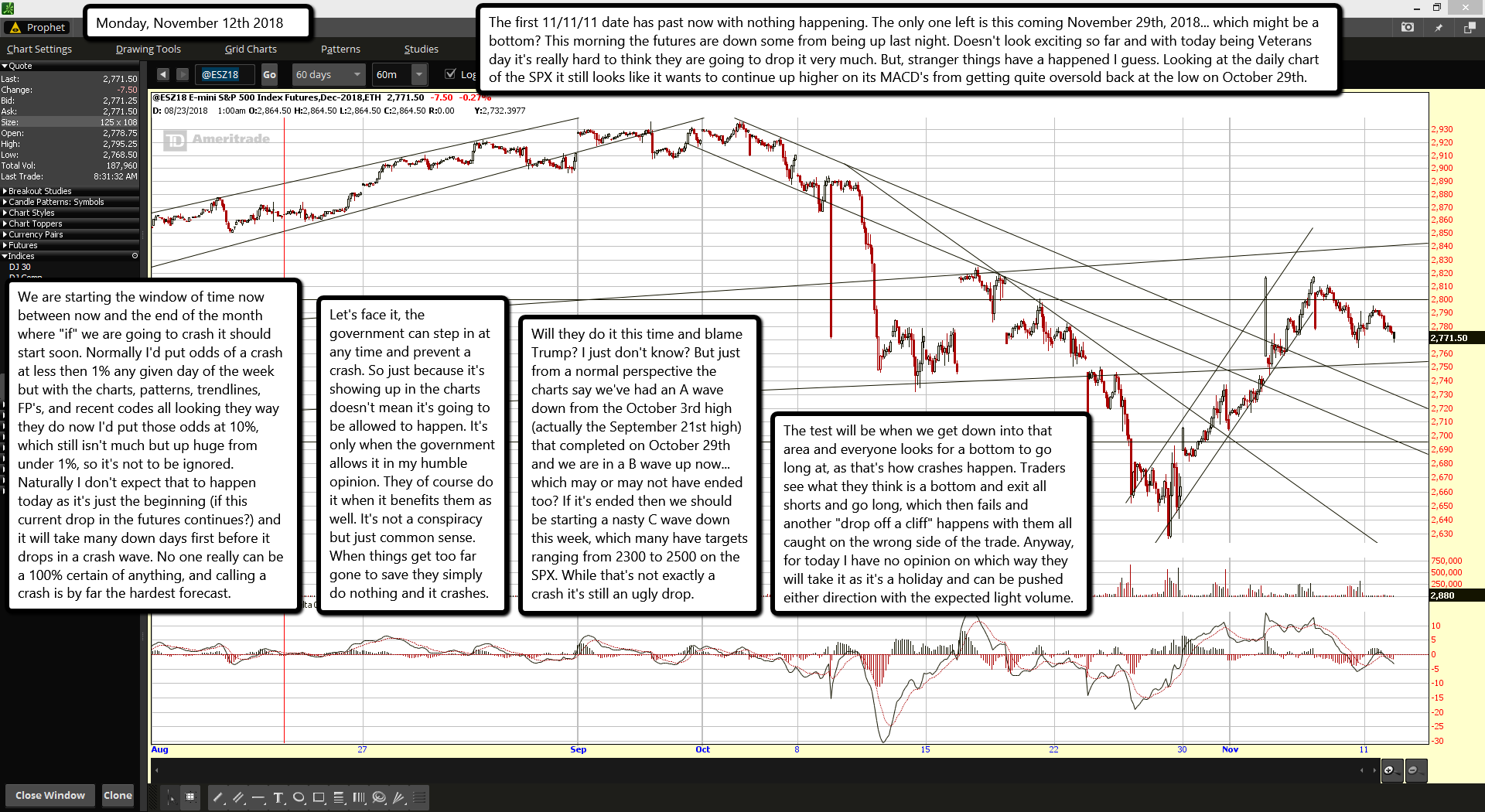 The first 11/11/11 date has past now with nothing happening. The only one left is this coming November 29th, 2018... which might be a bottom? This morning the futures are down some from being up last night. Doesn't look exciting so far and with today being Veterans day it's really hard to think they are going to drop it very much. But, stranger things have a happened I guess. Looking at the daily chart of the SPX it still looks like it wants to continue up higher on its MACD's from getting quite oversold back at the low on October 29th.

We are starting the window of time now between now and the end of the month where "if" we are going to crash it should start soon. Normally I'd put odds of a crash at less then 1% any given day of the week but with the charts, patterns, trendlines, FP's, and recent codes all looking they way they do now I'd put those odds at 10%, which still isn't much but up huge from under 1%, so it's not to be ignored. Naturally I don't expect that to happen today as it's just the beginning (if this current drop in the futures continues?) and it will take many down days first before it drops in a crash wave. No one really can be a 100% certain of anything, and calling a crash is by far the hardest forecast.

Let's face it, the government can step in at any time and prevent a crash. So just because it's showing up in the charts doesn't mean it's going to be allowed to happen. It's only when the government allows it in my humble opinion. They of course do it when it benefits them as well. It's not a conspiracy but just common sense. When things get too far gone to save they simply do nothing and it crashes.

Will they do it this time and blame Trump? I just don't know? But just from a normal perspective the charts say we've had an A wave down from the October 3rd high (actually the September 21st high) that completed on October 29th and we are in a B wave up now... which may or may not have ended too? If it's ended then we should be starting a nasty C wave down this week, which many have targets ranging from 2300 to 2500 on the SPX. While that's not exactly a crash it's still an ugly drop.

The test will be when we get down into that area and everyone looks for a bottom to go long at, as that's how crashes happen. Traders see what they think is a bottom and exit all shorts and go long, which then fails and another "drop off a cliff" happens with them all caught on the wrong side of the trade. Anyway, for today I have no opinion on which way they will take it as it's a holiday and can be pushed either direction with the expected light volume.