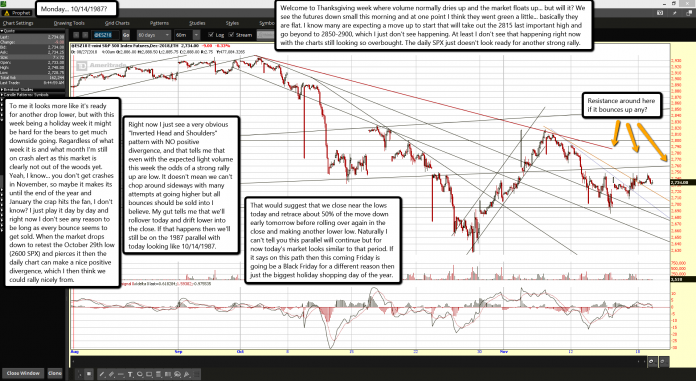 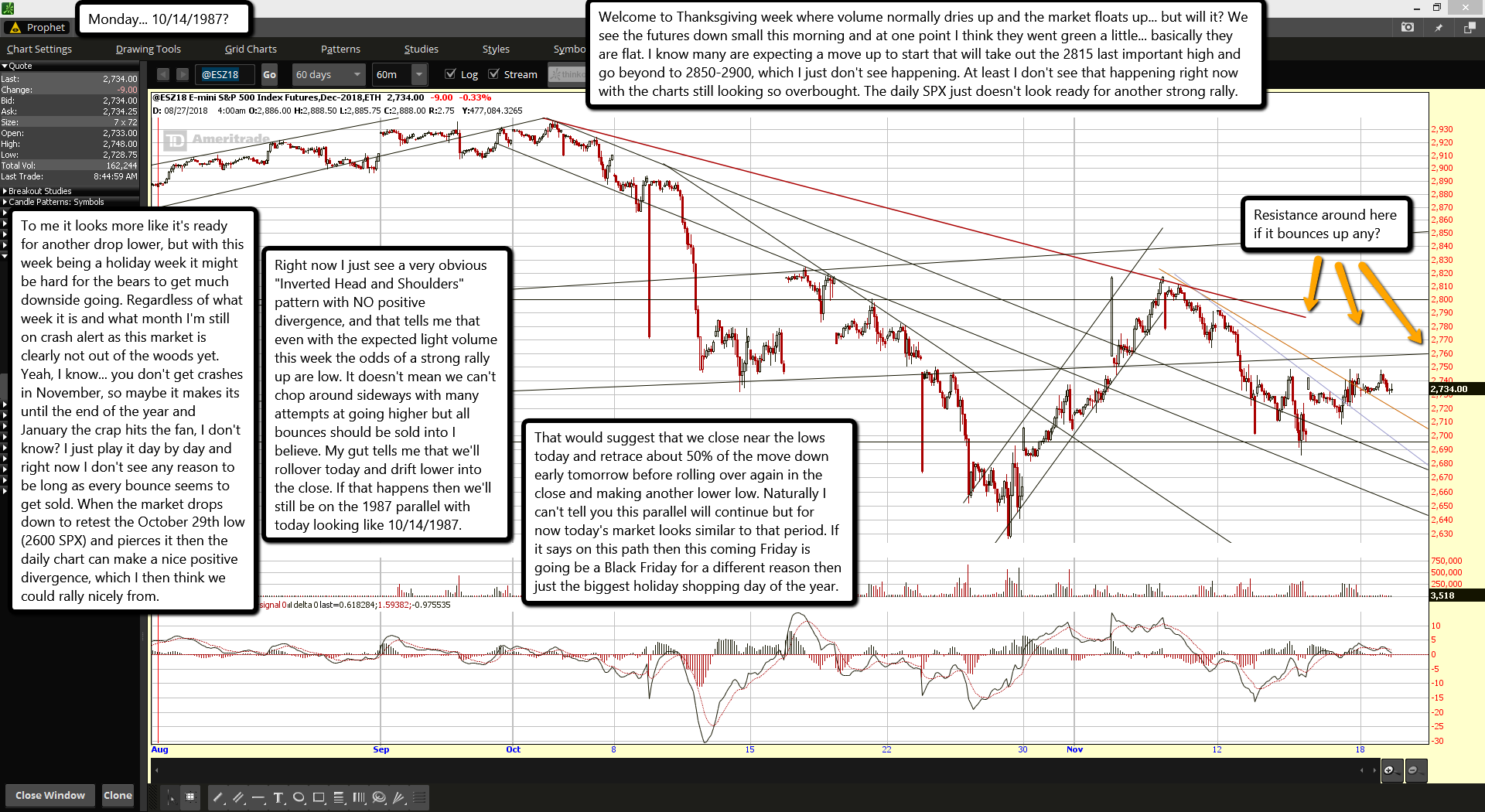 Welcome to Thanksgiving week where volume normally dries up and the market floats up... but will it? We see the futures down small this morning and at one point I think they went green a little... basically they are flat. I know many are expecting a move up to start that will take out the 2815 last important high and go beyond to 2850-2900, which I just don't see happening. At least I don't see that happening right now with the charts still looking so overbought. The daily SPX just doesn't look ready for another strong rally.

To me it looks more like it's ready for another drop lower, but with this week being a holiday week it might be hard for the bears to get much downside going. Regardless of what week it is and what month I'm still on crash alert as this market is clearly not out of the woods yet. Yeah, I know... you don't get crashes in November, so maybe it makes its until the end of the year and January the crap hits the fan, I don't know? I just play it day by day and right now I don't see any reason to be long as every bounce seems to get sold. When the market drops down to retest the October 29th low (2600 SPX) and pierces it then the daily chart can make a nice positive divergence, which I then think we could rally nicely from.

Right now I just see a very obvious "Inverted Head and Shoulders" pattern with NO positive divergence, and that tells me that even with the expected light volume this week the odds of a strong rally up are low. It doesn't mean we can't chop around sideways with many attempts at going higher but all bounces should be sold into I believe. My gut tells me that we'll rollover today and drift lower into the close. If that happens then we'll still be on the 1987 parallel with today looking like 10/14/1987.

That would suggest that we close near the lows today and retrace about 50% of the move down early tomorrow before rolling over again in the close and making another lower low. Naturally I can't tell you this parallel will continue but for now today's market looks similar to that period. If it says on this path then this coming Friday is going be a Black Friday for a different reason then just the biggest holiday shopping day of the year.