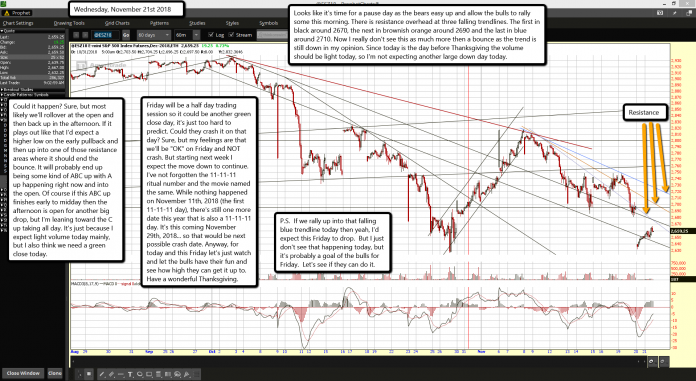 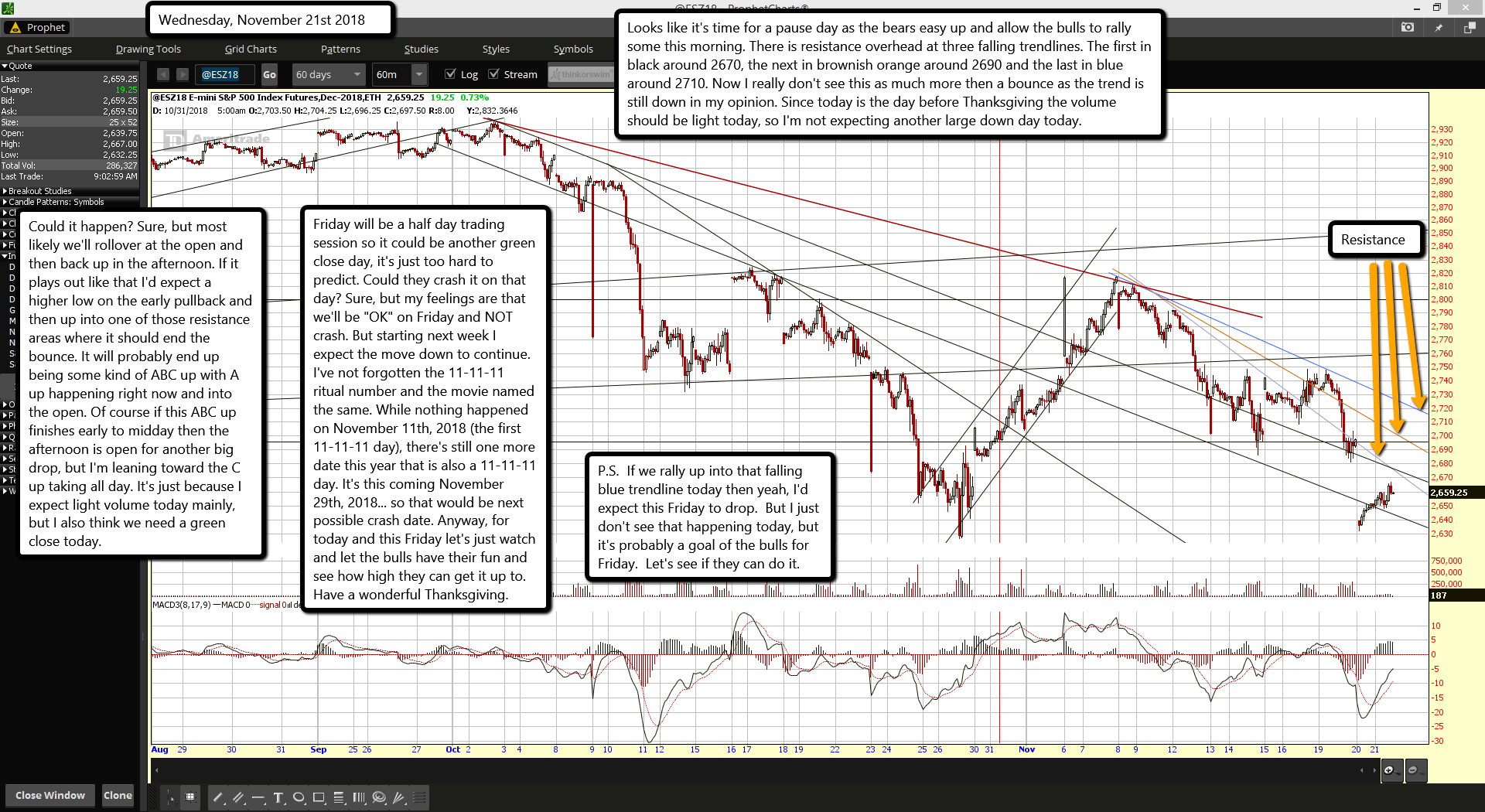 Looks like it's time for a pause day as the bears easy up and allow the bulls to rally some this morning. There is resistance overhead at three falling trendlines. The first in black around 2670, the next in brownish orange around 2690 and the last in blue around 2710. Now I really don't see this as much more then a bounce as the trend is still down in my opinion. Since today is the day before Thanksgiving the volume should be light today, so I'm not expecting another large down day today.

Could it happen? Sure, but most likely we'll rollover at the open and then back up in the afternoon. If it plays out like that I'd expect a higher low on the early pullback and then up into one of those resistance areas where it should end the bounce. It will probably end up being some kind of ABC up with A up happening right now and into the open. Of course if this ABC up finishes early to midday then the afternoon is open for another big drop, but I'm leaning toward the C up taking all day. It's just because I expect light volume today mainly, but I also think we need a green close today.

Friday will be a half day trading session so it could be another green close day, it's just too hard to predict. Could they crash it on that day? Sure, but my feelings are that we'll be "OK" on Friday and NOT crash. But starting next week I expect the move down to continue. I've not forgotten the 11-11-11 ritual number and the movie named the same. While nothing happened on November 11th, 2018 (the first 11-11-11 day), there's still one more date this year that is also a 11-11-11 day. It's this coming November 29th, 2018... so that would be next possible crash date. Anyway, for today and this Friday let's just watch and let the bulls have their fun and see how high they can get it up to. Have a wonderful Thanksgiving.

P.S.  If we rally up into that falling blue trendline today then yeah, I'd expect this Friday to drop.  But I just don't see that happening today, but it's probably a goal of the bulls for Friday.  Let's see if they can do it.