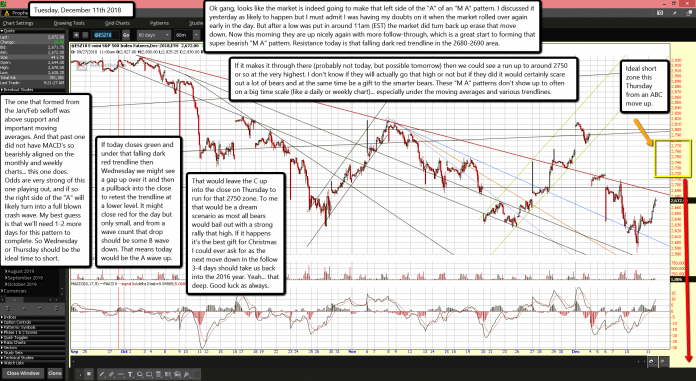 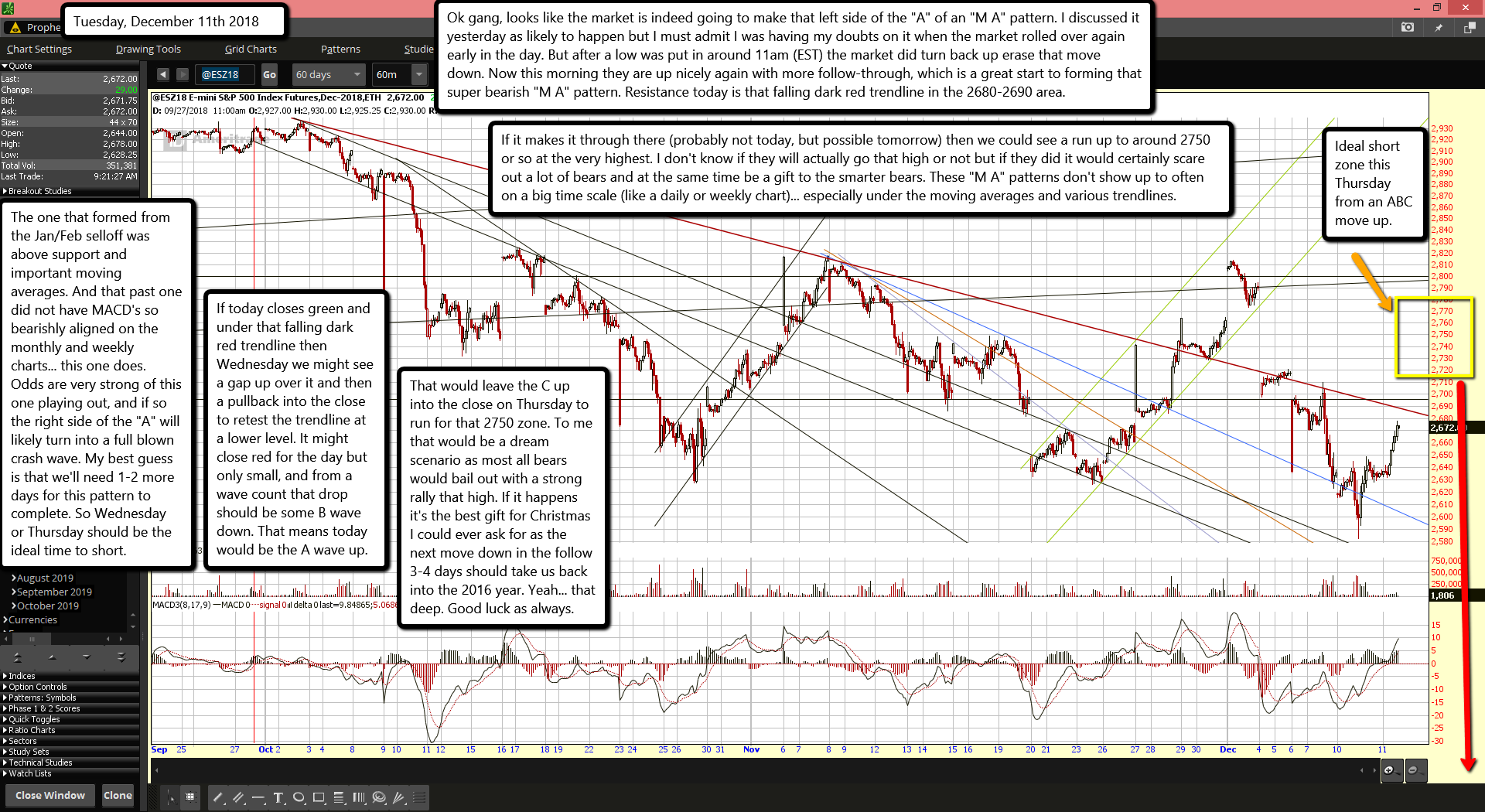 Ok gang, looks like the market is indeed going to make that left side of the "A" of an "M A" pattern. I discussed it yesterday as likely to happen but I must admit I was having my doubts on it when the market rolled over again early in the day. But after a low was put in around 11am (EST) the market did turn back up erase that move down. Now this morning they are up nicely again with more follow-through, which is a great start to forming that super bearish "M A" pattern. Resistance today is that falling dark red trendline in the 2680-2690 area.

If it makes it through there (probably not today, but possible tomorrow) then we could see a run up to around 2750 or so at the very highest. I don't know if they will actually go that high or not but if they did it would certainly scare out a lot of bears and at the same time be a gift to the smarter bears. These "M A" patterns don't show up to often on a big time scale (like a daily or weekly chart)... especially under the moving averages and various trendlines.

The one that formed from the Jan/Feb selloff was above support and important moving averages. And that past one did not have MACD's so bearishly aligned on the monthly and weekly charts... this one does. Odds are very strong of this one playing out, and if so the right side of the "A" will likely turn into a full blown crash wave. My best guess is that we'll need 1-2 more days for this pattern to complete. So Wednesday or Thursday should be the ideal time to short.

If today closes green and under that falling dark red trendline then Wednesday we might see a gap up over it and then a pullback into the close to retest the trendline at a lower level. It might close red for the day but only small, and from a wave count that drop should be some B wave down. That means today would be the A wave up.

That would leave the C up into the close on Thursday to run for that 2750 zone. To me that would be a dream scenario as most all bears would bail out with a strong rally that high. If it happens it's the best gift for Christmas I could ever ask for as the next move down in the follow 3-4 days should take us back into the 2016 year. Yeah... that deep. Good luck as always.