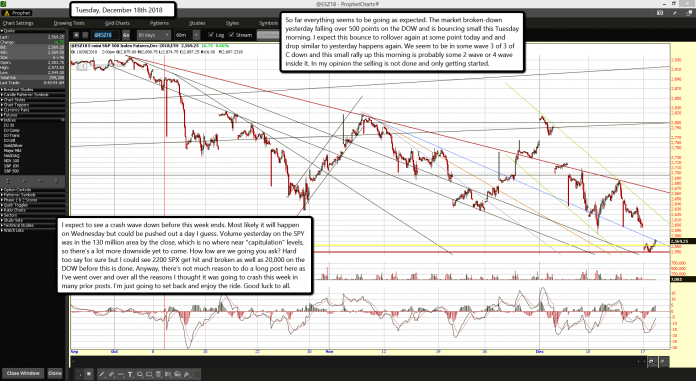 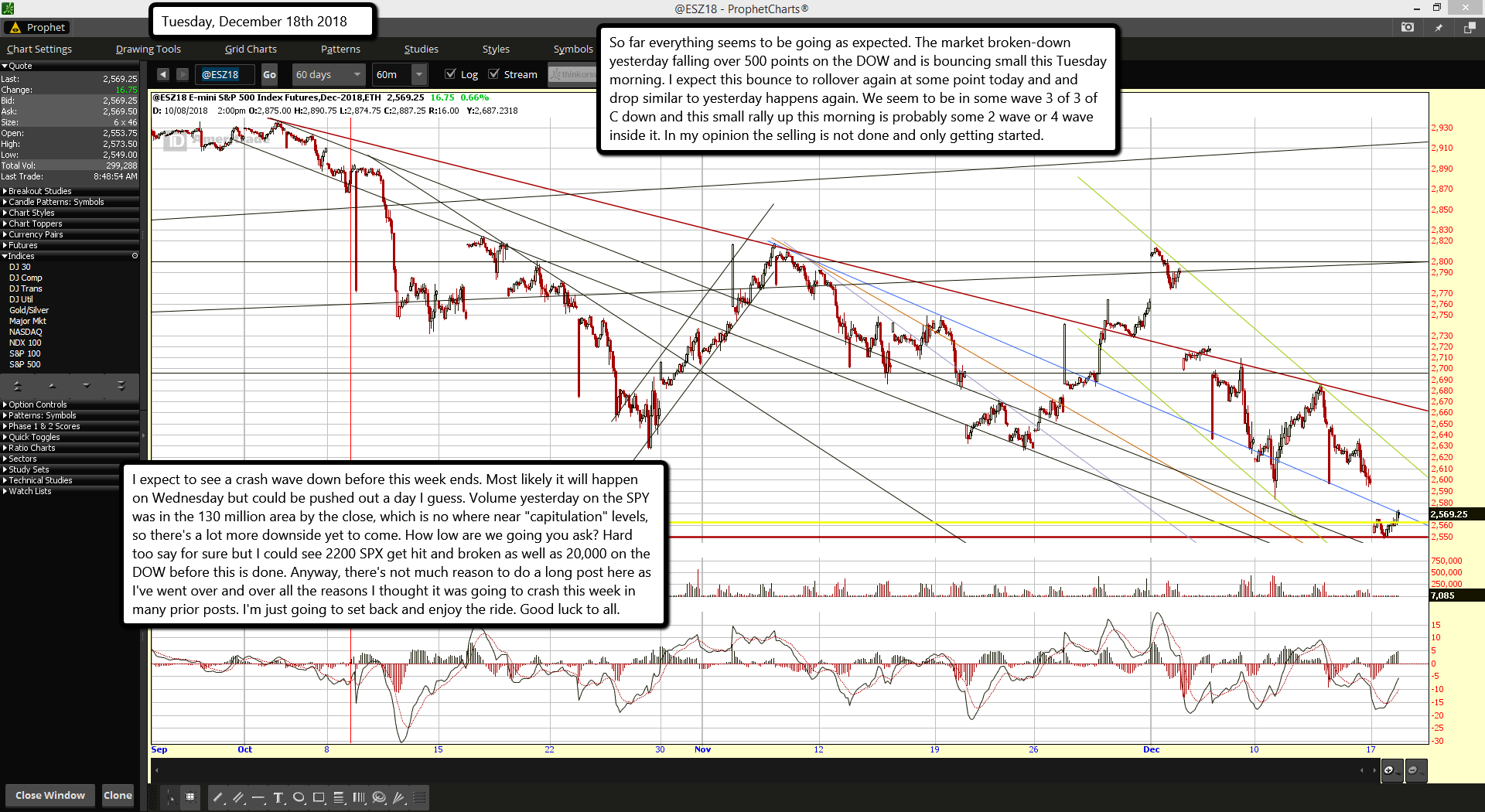 So far everything seems to be going as expected. The market broken-down yesterday falling over 500 points on the DOW and is bouncing small this Tuesday morning. I expect this bounce to rollover again at some point today and and drop similar to yesterday happens again. We seem to be in some wave 3 of 3 of C down and this small rally up this morning is probably some 2 wave or 4 wave inside it. In my opinion the selling is not done and only getting started.

I expect to see a crash wave down before this week ends. Most likely it will happen on Wednesday but could be pushed out a day I guess. Volume yesterday on the SPY was in the 130 million area by the close, which is no where near "capitulation" levels, so there's a lot more downside yet to come. How low are we going you ask? Hard too say for sure but I could see 2200 SPX get hit and broken as well as 20,000 on the DOW before this is done. Anyway, there's not much reason to do a long post here as I've went over and over all the reasons I thought it was going to crash this week in many prior posts. I'm just going to set back and enjoy the ride. Good luck to all. 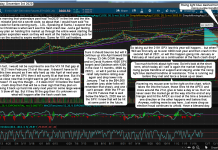 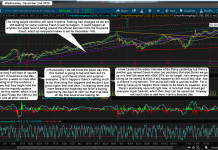 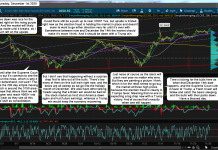