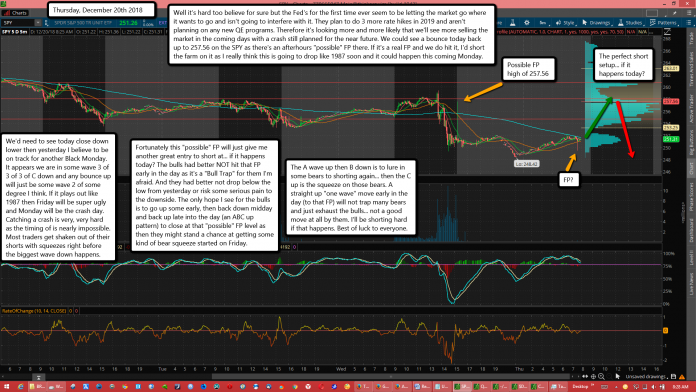 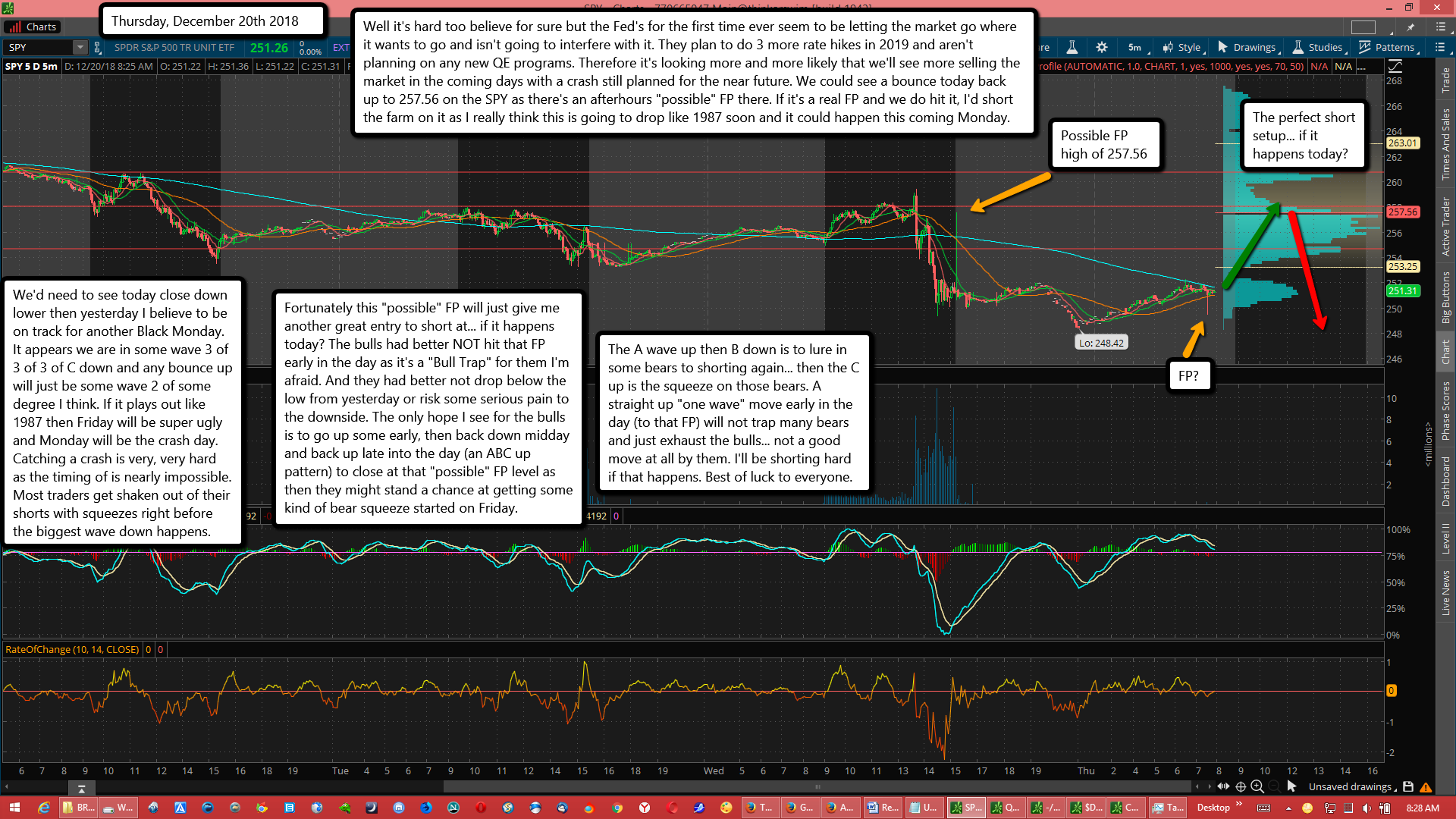 Well it's hard too believe for sure but the Fed's for the first time ever seem to be letting the market go where it wants to go and isn't going to interfere with it. They plan to do 3 more rate hikes in 2019 and aren't planning on any new QE programs. Therefore it's looking more and more likely that we'll see more selling the market in the coming days with a crash still planned for the near future. We could see a bounce today back up to 257.56 on the SPY as there's an afterhours "possible" FP there. If it's a real FP and we do hit it, I'd short the farm on it as I really think this is going to drop like 1987 soon and it could happen this coming Monday.

We'd need to see today close down lower then yesterday I believe to be on track for another Black Monday. It appears we are in some wave 3 of 3 of 3 of C down and any bounce up will just be some wave 2 of some degree I think. If it plays out like 1987 then Friday will be super ugly and Monday will be the crash day. Catching a crash is very, very hard as the timing of is nearly impossible. Most traders get shaken out of their shorts with squeezes right before the biggest wave down happens.

Fortunately this "possible" FP will just give me another great entry to short at... if it happens today? The bulls had better NOT hit that FP early in the day as it's a "Bull Trap" for them I'm afraid. And they had better not drop below the low from yesterday or risk some serious pain to the downside. The only hope I see for the bulls is to go up some early, then back down midday and back up late into the day (an ABC up pattern) to close at that "possible" FP level as then they might stand a chance at getting some kind of bear squeeze started on Friday.

The A wave up then B down is to lure in some bears to shorting again... then the C up is the squeeze on those bears. A straight up "one wave" move early in the day (to that FP) will not trap many bears and just exhaust the bulls... not a good move at all by them. I'll be shorting hard if that happens. Best of luck to everyone.