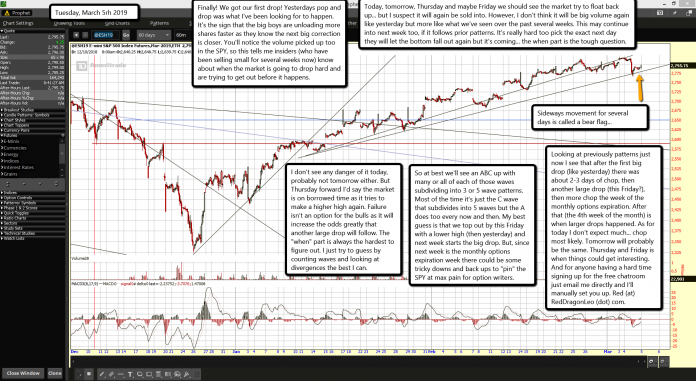 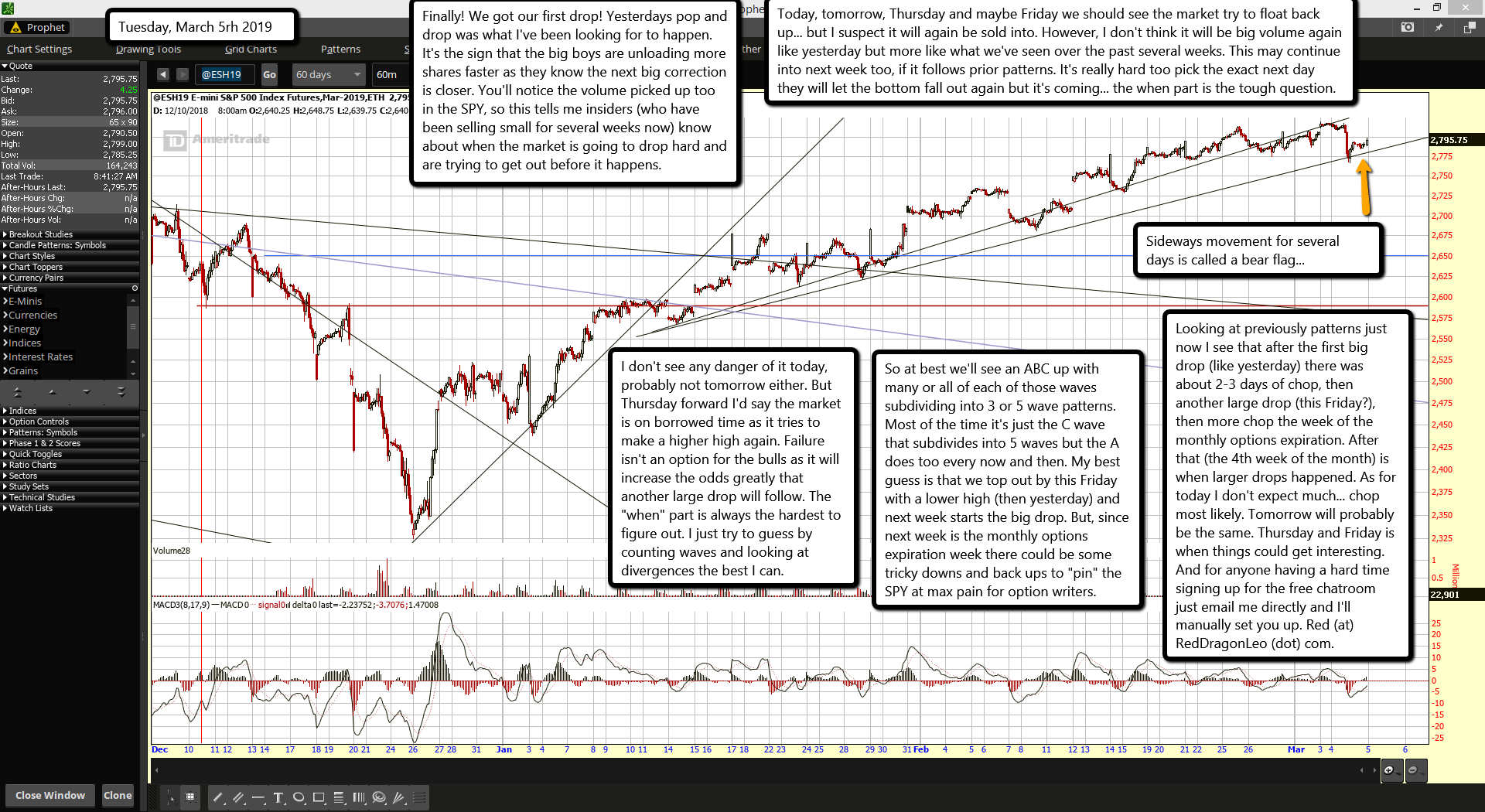 Finally! We got our first drop! Yesterdays pop and drop was what I've been looking for to happen. It's the sign that the big boys are unloading more shares faster as they know the next big correction is closer. You'll notice the volume picked up too in the SPY, so this tells me insiders (who have been selling small for several weeks now) know about when the market is going to drop hard and are trying to get out before it happens.

Today, tomorrow, Thursday and maybe Friday we should see the market try to float back up... but I suspect it will again be sold into. However, I don't think it will be big volume again like yesterday but more like what we've seen over the past several weeks. This may continue into next week too, if it follows prior patterns. It's really hard too pick the exact next day they will let the bottom fall out again but it's coming... the when part is the tough question.

I don't see any danger of it today, probably not tomorrow either. But Thursday forward I'd say the market is on borrowed time as it tries to make a higher high again. Failure isn't an option for the bulls as it will increase the odds greatly that another large drop will follow. The "when" part is always the hardest to figure out. I just try to guess by counting waves and looking at divergences the best I can.

So at best we'll see an ABC up with many or all of each of those waves subdividing into 3 or 5 wave patterns. Most of the time it's just the C wave that subdivides into 5 waves but the A does too every now and then. My best guess is that we top out by this Friday with a lower high (then yesterday) and next week starts the big drop. But, since next week is the monthly options expiration week there could be some tricky downs and back ups to "pin" the SPY at max pain for option writers.

Looking at previously patterns just now I see that after the first big drop (like yesterday) there was about 2-3 days of chop, then another large drop (this Friday?), then more chop the week of the monthly options expiration. After that (the 4th week of the month) is when larger drops happened. As for today I don't expect much... chop most likely. Tomorrow will probably be the same. Thursday and Friday is when things could get interesting. And for anyone having a hard time signing up for the free chatroom just email me directly and I'll manually set you up. Red (at) RedDragonLeo (dot) com.