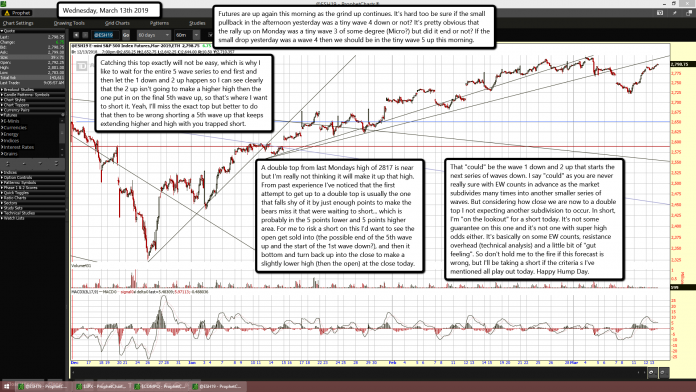 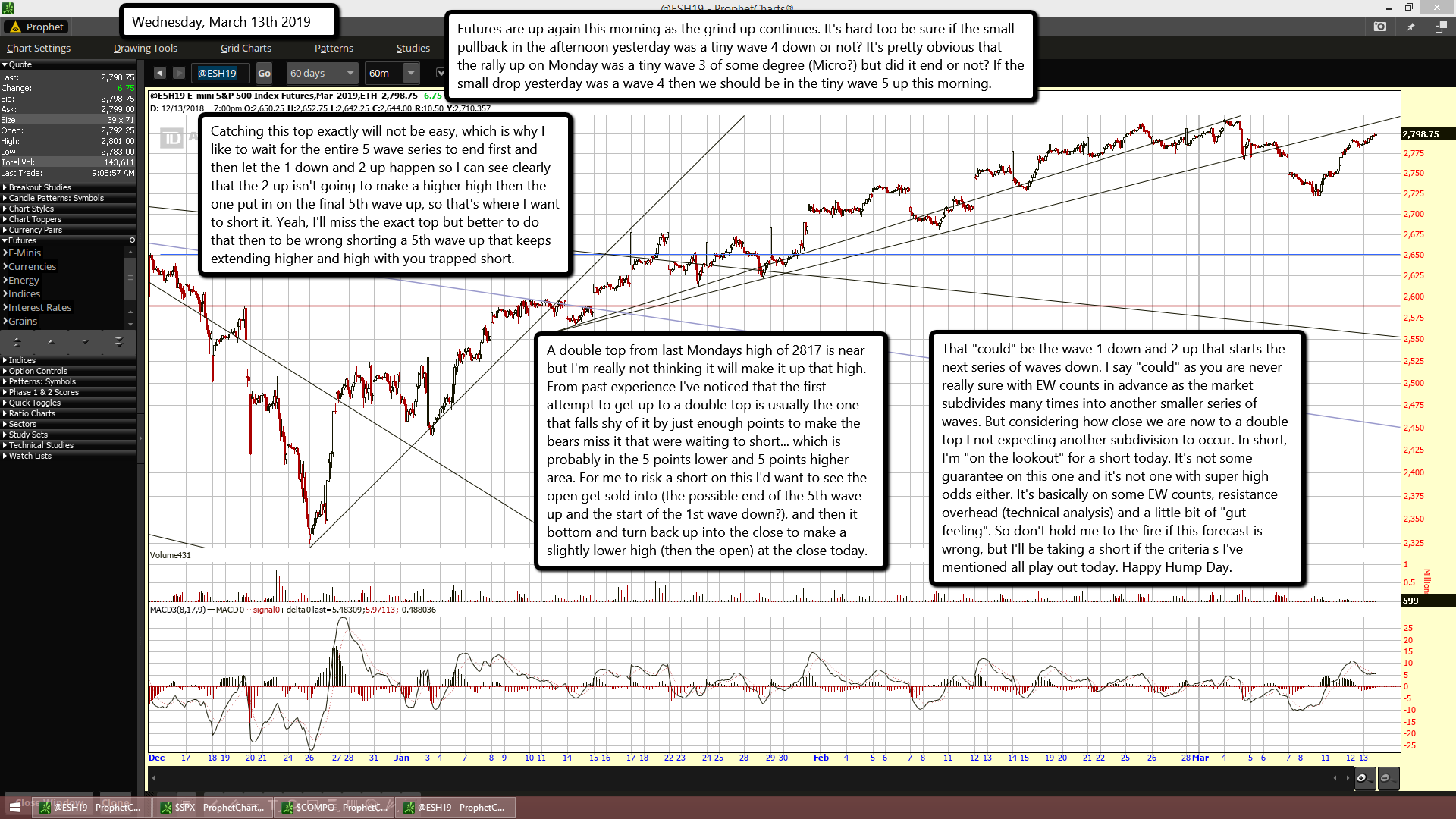 Catching this top exactly will not be easy, which is why I like to wait for the entire 5 wave series to end first and then let the 1 down and 2 up happen so I can see clearly that the 2 up isn't going to make a higher high then the one put in on the final 5th wave up, so that's where I want to short it. Yeah, I'll miss the exact top but better to do that then to be wrong shorting a 5th wave up that keeps extending higher and high with you trapped short.

A double top from last Mondays high of 2817 is near but I'm really not thinking it will make it up that high. From past experience I've noticed that the first attempt to get up to a double top is usually the one that falls shy of it by just enough points to make the bears miss it that were waiting to short... which is probably in the 5 points lower and 5 points higher area. For me to risk a short on this I'd want to see the open get sold into (the possible end of the 5th wave up and the start of the 1st wave down?), and then it bottom and turn back up into the close to make a slightly lower high (then the open) at the close today.

That "could" be the wave 1 down and 2 up that starts the next series of waves down. I say "could" as you are never really sure with EW counts in advance as the market subdivides many times into another smaller series of waves. But considering how close we are now to a double top I not expecting another subdivision to occur. In short, I'm "on the lookout" for a short today. It's not some guarantee on this one and it's not one with super high odds either. It's basically on some EW counts, resistance overhead (technical analysis) and a little bit of "gut feeling". So don't hold me to the fire if this forecast is wrong, but I'll be taking a short if the criteria s I've mentioned all play out today. Happy Hump Day.