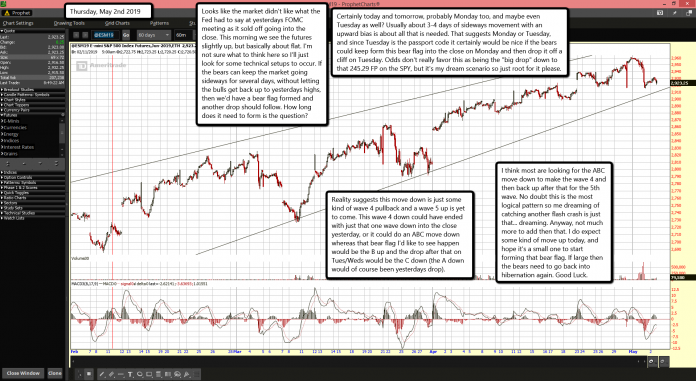 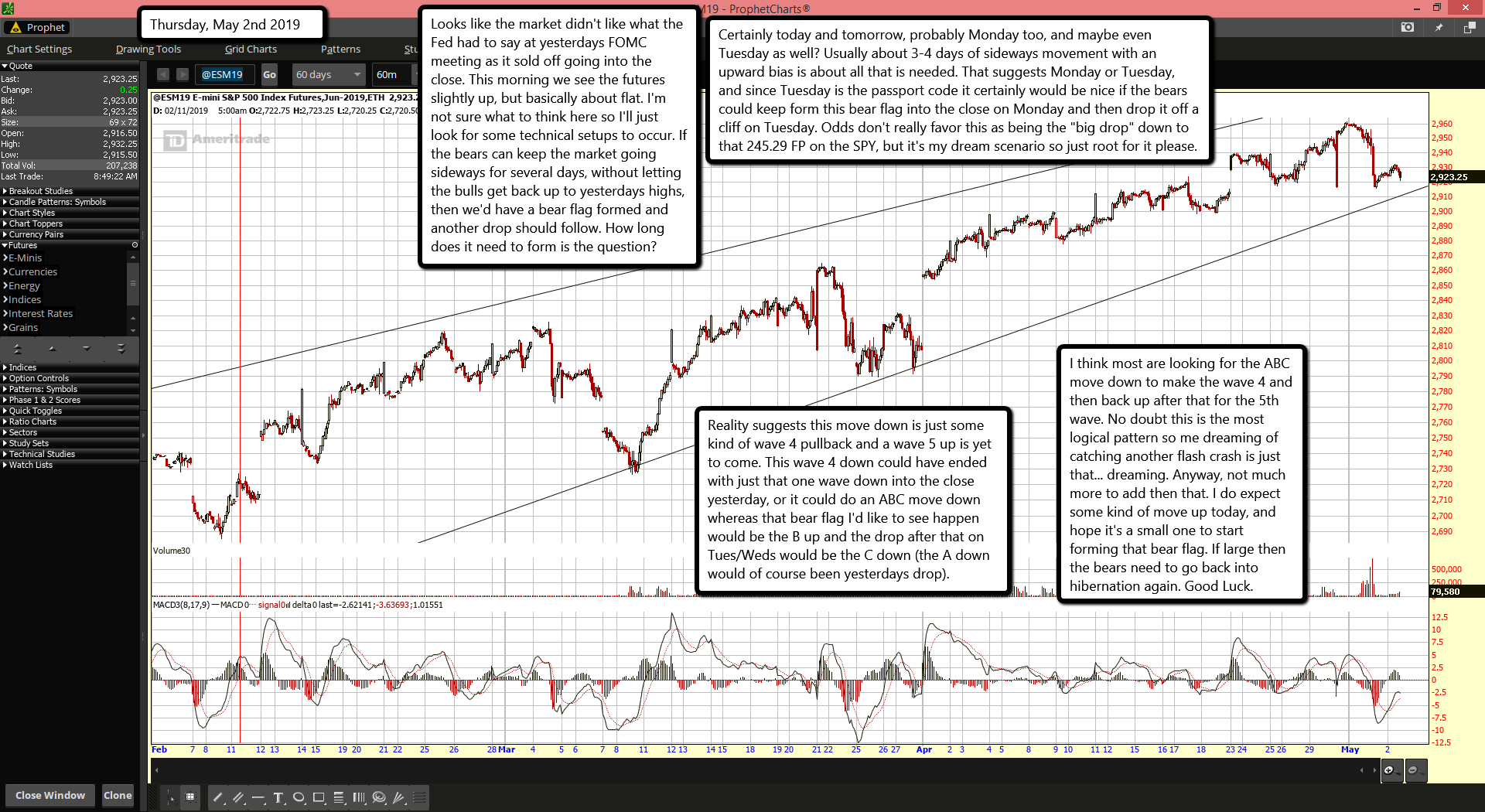 Looks like the market didn't like what the Fed had to say at yesterdays FOMC meeting as it sold off going into the close. This morning we see the futures slightly up, but basically about flat. I'm not sure what to think here so I'll just look for some technical setups to occur. If the bears can keep the market going sideways for several days, without letting the bulls get back up to yesterdays highs, then we'd have a bear flag formed and another drop should follow. How long does it need to form is the question?

Certainly today and tomorrow, probably Monday too, and maybe even Tuesday as well? Usually about 3-4 days of sideways movement with an upward bias is about all that is needed. That suggests Monday or Tuesday, and since Tuesday is the passport code it certainly would be nice if the bears could keep form this bear flag into the close on Monday and then drop it off a cliff on Tuesday. Odds don't really favor this as being the "big drop" down to that 245.29 FP on the SPY, but it's my dream scenario so just root for it please.

Reality suggests this move down is just some kind of wave 4 pullback and a wave 5 up is yet to come. This wave 4 down could have ended with just that one wave down into the close yesterday, or it could do an ABC move down whereas that bear flag I'd like to see happen would be the B up and the drop after that on Tues/Weds would be the C down (the A down would of course been yesterdays drop).

I think most are looking for the ABC move down to make the wave 4 and then back up after that for the 5th wave. No doubt this is the most logical pattern so me dreaming of catching another flash crash is just that... dreaming. Anyway, not much more to add then that. I do expect some kind of move up today, and hope it's a small one to start forming that bear flag. If large then the bears need to go back into hibernation again. Good Luck.