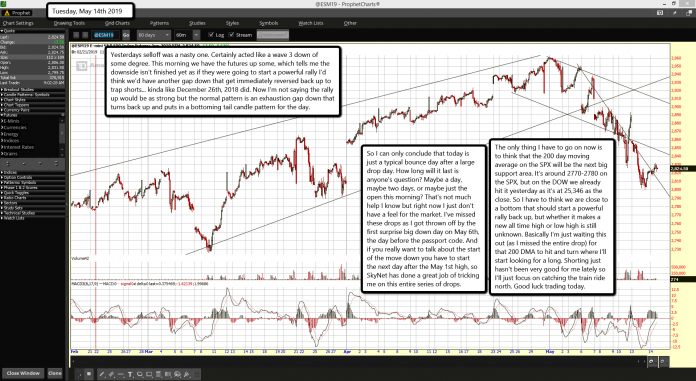 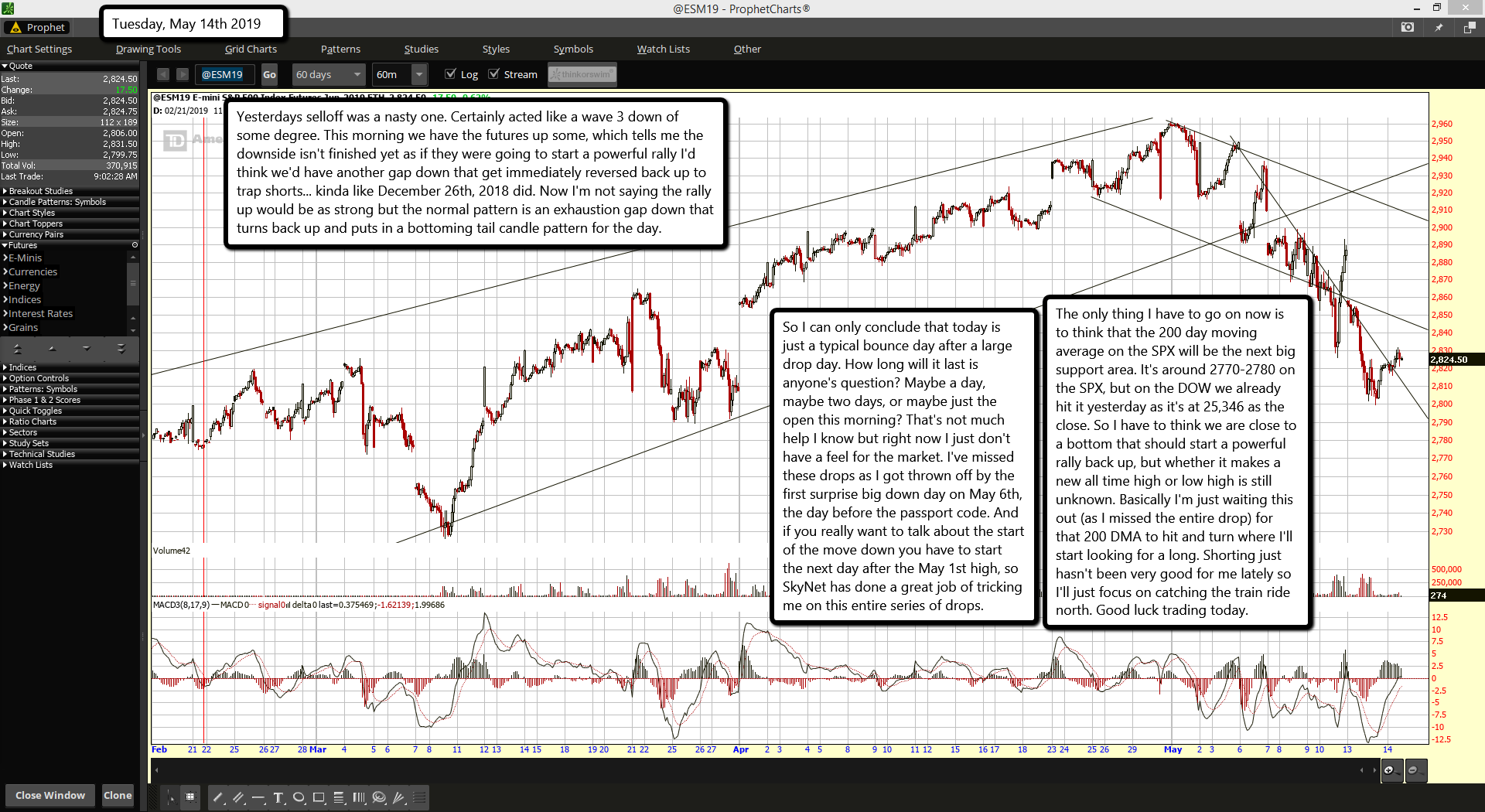 Yesterdays selloff was a nasty one. Certainly acted like a wave 3 down of some degree. This morning we have the futures up some, which tells me the downside isn't finished yet as if they were going to start a powerful rally I'd think we'd have another gap down that get immediately reversed back up to trap shorts... kinda like December 26th, 2018 did. Now I'm not saying the rally up would be as strong but the normal pattern is an exhaustion gap down that turns back up and puts in a bottoming tail candle pattern for the day.

So I can only conclude that today is just a typical bounce day after a large drop day. How long will it last is anyone's question? Maybe a day, maybe two days, or maybe just the open this morning? That's not much help I know but right now I just don't have a feel for the market. I've missed these drops as I got thrown off by the first surprise big down day on May 6th, the day before the passport code. And if you really want to talk about the start of the move down you have to start the next day after the May 1st high, so SkyNet has done a great job of tricking me on this entire series of drops.

The only thing I have to go on now is to think that the 200 day moving average on the SPX will be the next big support area. It's around 2770-2780 on the SPX, but on the DOW we already hit it yesterday as it's at 25,346 as the close. So I have to think we are close to a bottom that should start a powerful rally back up, but whether it makes a new all time high or low high is still unknown. Basically I'm just waiting this out (as I missed the entire drop) for that 200 DMA to hit and turn where I'll start looking for a long. Shorting just hasn't been very good for me lately so I'll just focus on catching the train ride north. Good luck trading today.