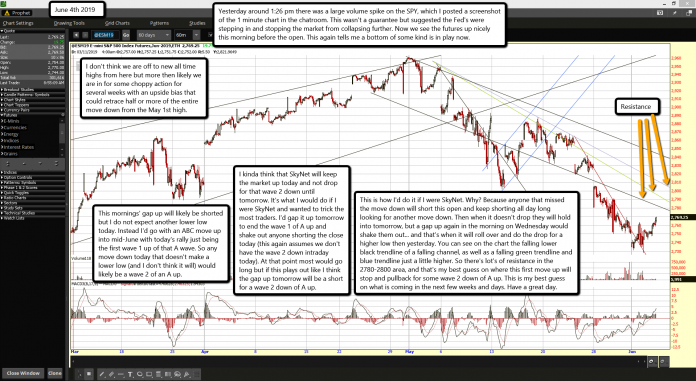 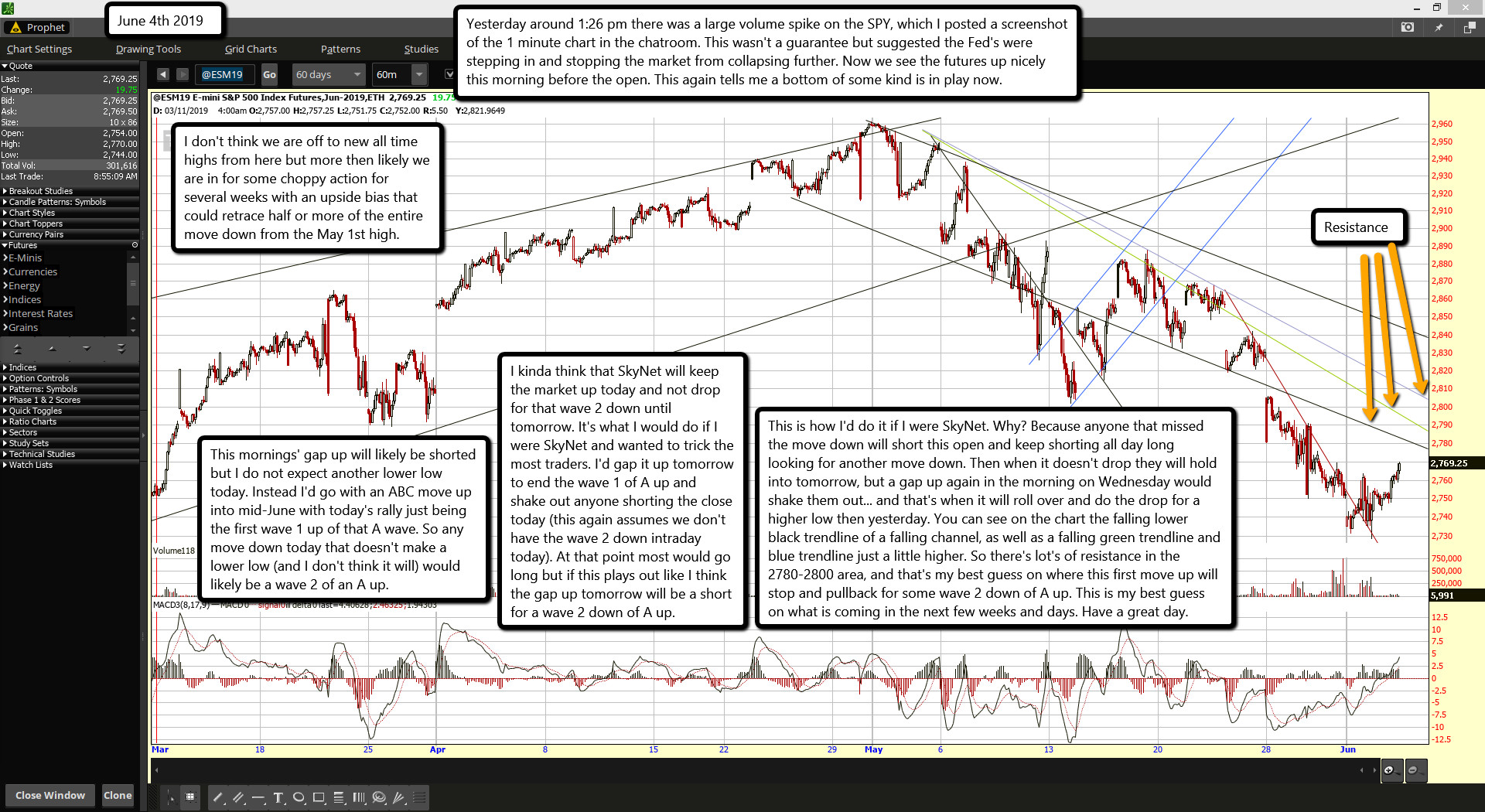 Yesterday around 1:26 pm there was a large volume spike on the SPY, which I posted a screenshot of the 1 minute chart in the chatroom. This wasn't a guarantee but suggested the Fed's were stepping in and stopping the market from collapsing further. Now we see the futures up nicely this morning before the open. This again tells me a bottom of some kind is in play now.

I don't think we are off to new all time highs from here but more then likely we are in for some choppy action for several weeks with an upside bias that could retrace half or more of the entire move down from the May 1st high.

This mornings' gap up will likely be shorted but I do not expect another lower low today. Instead I'd go with an ABC move up into mid-June with today's rally just being the first wave 1 up of that A wave. So any move down today that doesn't make a lower low (and I don't think it will) would likely be a wave 2 of an A up.

I kinda think that SkyNet will keep the market up today and not drop for that wave 2 down until tomorrow. It's what I would do if I were SkyNet and wanted to trick the most traders. I'd gap it up tomorrow to end the wave 1 of A up and shake out anyone shorting the close today (this again assumes we don't have the wave 2 down intraday today). At that point most would go long but if this plays out like I think the gap up tomorrow will be a short for a wave 2 down of A up.

This is how I'd do it if I were SkyNet. Why? Because anyone that missed the move down will short this open and keep shorting all day long looking for another move down. Then when it doesn't drop they will hold into tomorrow, but a gap up again in the morning on Wednesday would shake them out... and that's when it will roll over and do the drop for a higher low then yesterday. You can see on the chart the falling lower black trendline of a falling channel, as well as a falling green trendline and blue trendline just a little higher. So there's lot's of resistance in the 2780-2800 area, and that's my best guess on where this first move up will stop and pullback for some wave 2 down of A up. This is my best guess on what is coming in the next few weeks and days. Have a great day.