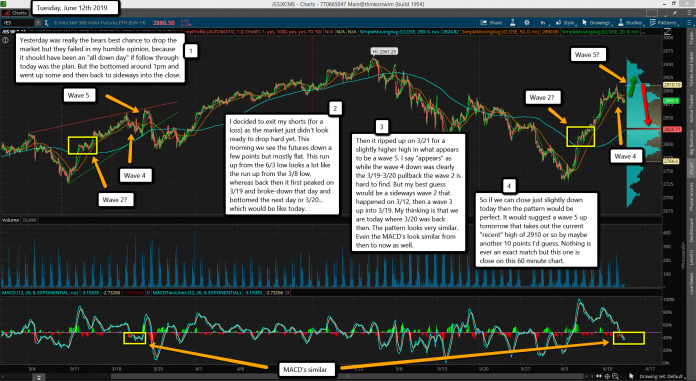 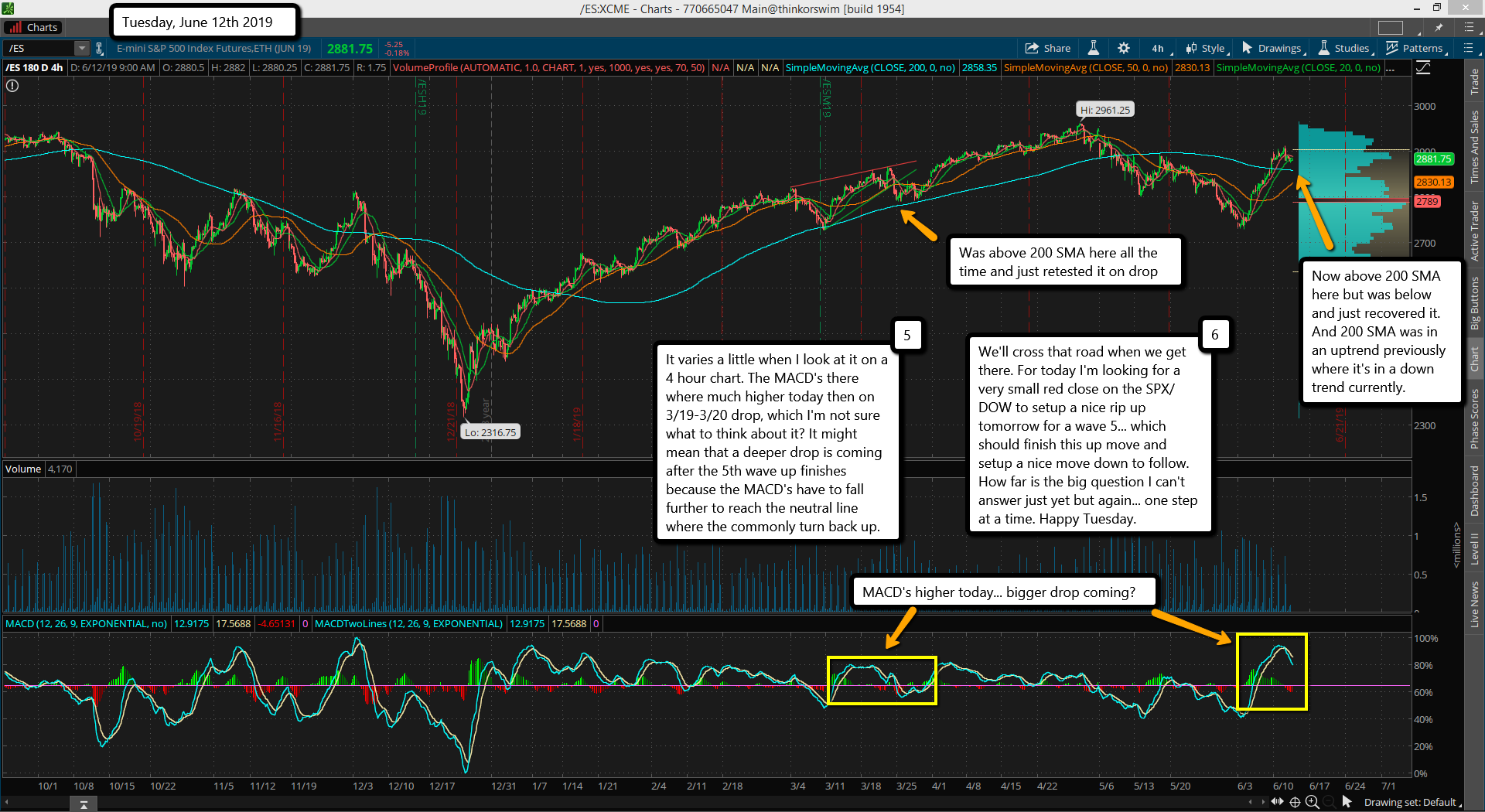 Yesterday was really the bears best chance to drop the market but they failed in my humble opinion, because it should have been an "all down day" if follow through today was the plan. But the bottomed around 1pm and went up some and then back to sideways into the close.

I decided to exit my shorts (for a loss) as the market just didn't look ready to drop hard yet. This morning we see the futures down a few points but mostly flat. This run up from the 6/3 low looks a lot like the run up from the 3/8 low, whereas back then it first peaked on 3/19 and broke-down that day and bottomed the next day or 3/20... which would be like today.

Then it ripped up on 3/21 for a slightly higher high in what appears to be a wave 5. I say "appears" as while the wave 4 down was clearly the 3/19-3/20 pullback the wave 2 is hard to find. But my best guess would be a sideways wave 2 that happened on 3/12, then a wave 3 up into 3/19. My thinking is that we are today where 3/20 was back then. The pattern looks very similar. Even the MACD's look similar from then to now as well.

So if we can close just slightly down today then the pattern would be perfect. It would suggest a wave 5 up tomorrow that takes out the current "recent" high of 2910 or so by maybe another 10 points I'd guess. Nothing is ever an exact match but this one is close on this 60 minute chart.

It varies a little when I look at it on a 4 hour chart. The MACD's there where much higher today then on 3/19-3/20 drop, which I'm not sure what to think about it? It might mean that a deeper drop is coming after the 5th wave up finishes because the MACD's have to fall further to reach the neutral line where the commonly turn back up.

We'll cross that road when we get there. For today I'm looking for a very small red close on the SPX/DOW to setup a nice rip up tomorrow for a wave 5... which should finish this up move and setup a nice move down to follow. How far is the big question I can't answer just yet but again... one step at a time. Happy Tuesday.