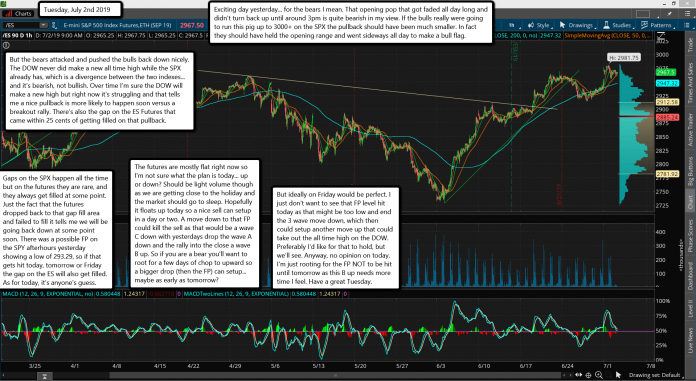 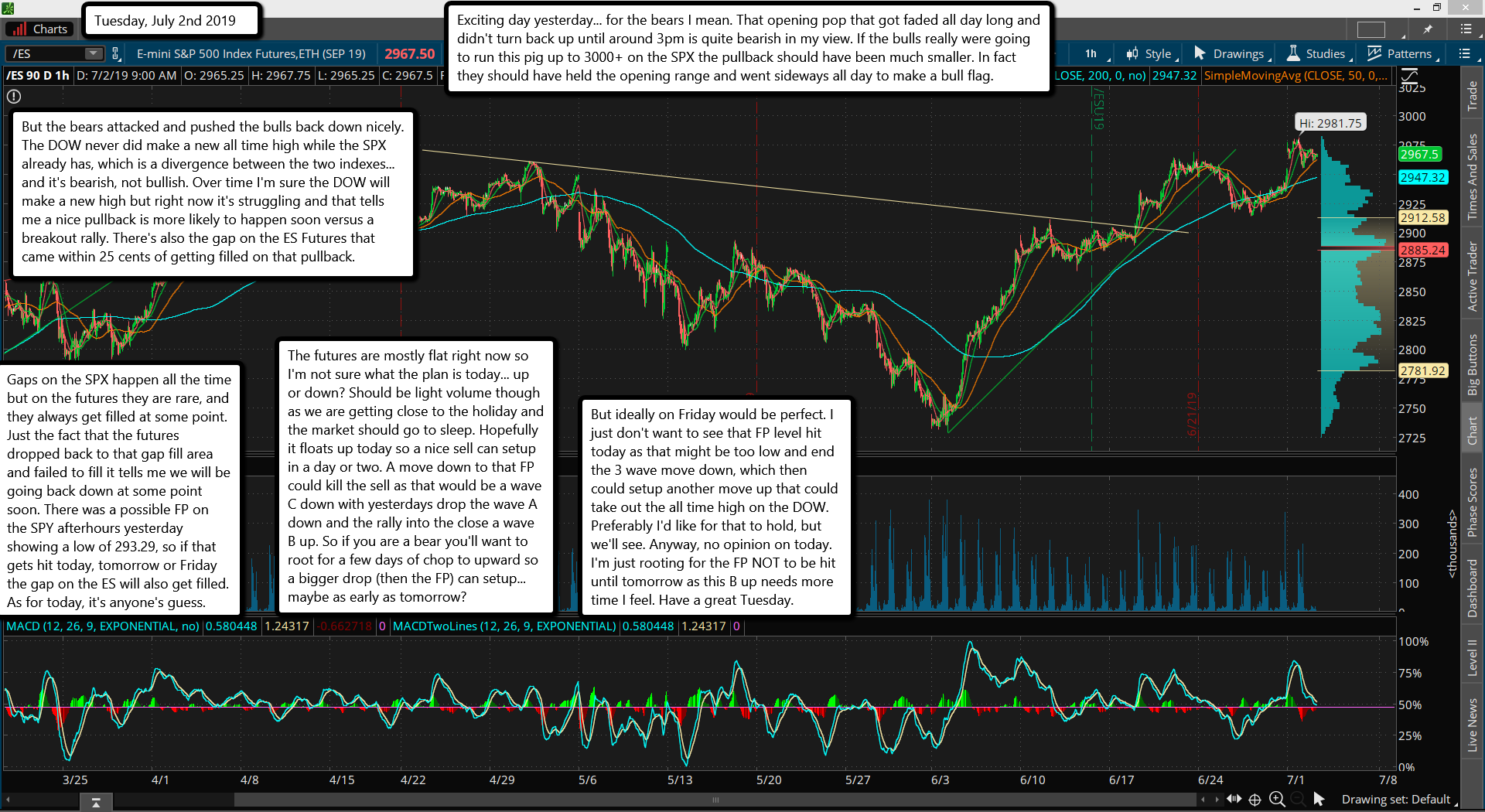 Exciting day yesterday... for the bears I mean. That opening pop that got faded all day long and didn't turn back up until around 3pm is quite bearish in my view. If the bulls really were going to run this pig up to 3000+ on the SPX the pullback should have been much smaller. In fact they should have held the opening range and went sideways all day to make a bull flag.

But the bears attacked and pushed the bulls back down nicely. The DOW never did make a new all time high while the SPX already has, which is a divergence between the two indexes... and it's bearish, not bullish. Over time I'm sure the DOW will make a new high but right now it's struggling and that tells me a nice pullback is more likely to happen soon versus a breakout rally. There's also the gap on the ES Futures that came within 25 cents of getting filled on that pullback.

Gaps on the SPX happen all the time but on the futures they are rare, and they always get filled at some point. Just the fact that the futures dropped back to that gap fill area and failed to fill it tells me we will be going back down at some point soon. There was a possible FP on the SPY afterhours yesterday showing a low of 293.29, so if that gets hit today, tomorrow or Friday the gap on the ES will also get filled. As for today, it's anyone's guess.

The futures are mostly flat right now so I'm not sure what the plan is today... up or down? Should be light volume though as we are getting close to the holiday and the market should go to sleep. Hopefully it floats up today so a nice sell can setup in a day or two. A move down to that FP could kill the sell as that would be a wave C down with yesterdays drop the wave A down and the rally into the close a wave B up. So if you are a bear you'll want to root for a few days of chop to upward so a bigger drop (then the FP) can setup... maybe as early as tomorrow?

But ideally on Friday would be perfect. I just don't want to see that FP level hit today as that might be too low and end the 3 wave move down, which then could setup another move up that could take out the all time high on the DOW. Preferably I'd like for that to hold, but we'll see. Anyway, no opinion on today. I'm just rooting for the FP NOT to be hit until tomorrow as this B up needs more time I feel. Have a great Tuesday.