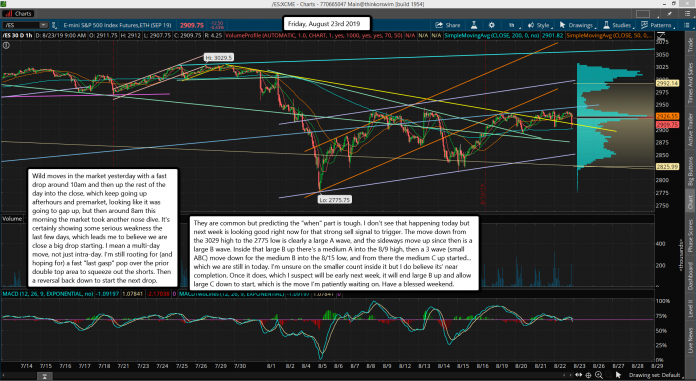 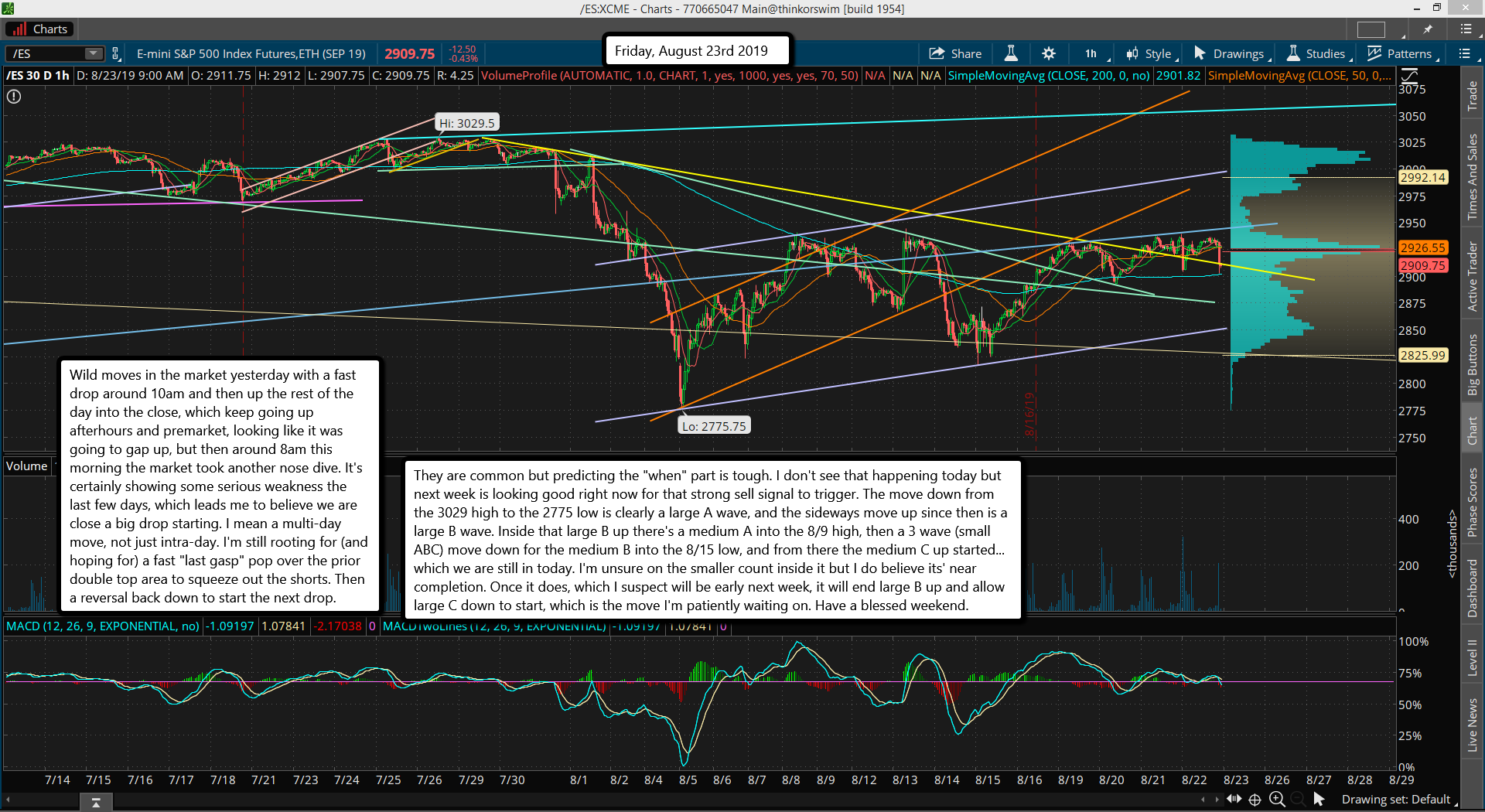 Wild moves in the market yesterday with a fast drop around 10am and then up the rest of the day into the close, which keep going up afterhours and premarket, looking like it was going to gap up, but then around 8am this morning the market took another nose dive. It's certainly showing some serious weakness the last few days, which leads me to believe we are close a big drop starting. I mean a multi-day move, not just intra-day. I'm still rooting for (and hoping for) a fast "last gasp" pop over the prior double top area to squeeze out the shorts. Then a reversal back down to start the next drop.

They are common but predicting the "when" part is tough. I don't see that happening today but next week is looking good right now for that strong sell signal to trigger. The move down from the 3029 high to the 2775 low is clearly a large A wave, and the sideways move up since then is a large B wave. Inside that large B up there's a medium A into the 8/9 high, then a 3 wave (small ABC) move down for the medium B into the 8/15 low, and from there the medium C up started... which we are still in today. I'm unsure on the smaller count inside it but I do believe its' near completion. Once it does, which I suspect will be early next week, it will end large B up and allow large C down to start, which is the move I'm patiently waiting on. Have a blessed weekend.