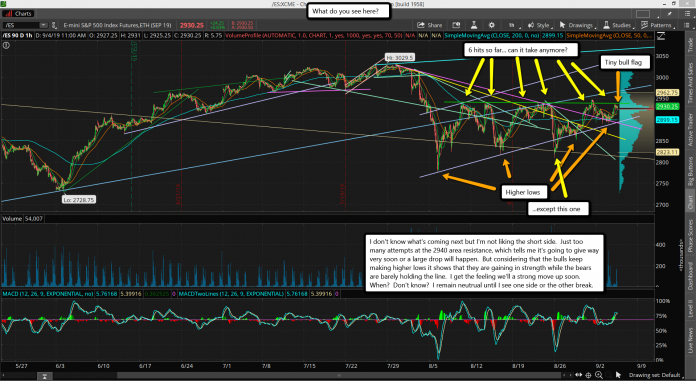 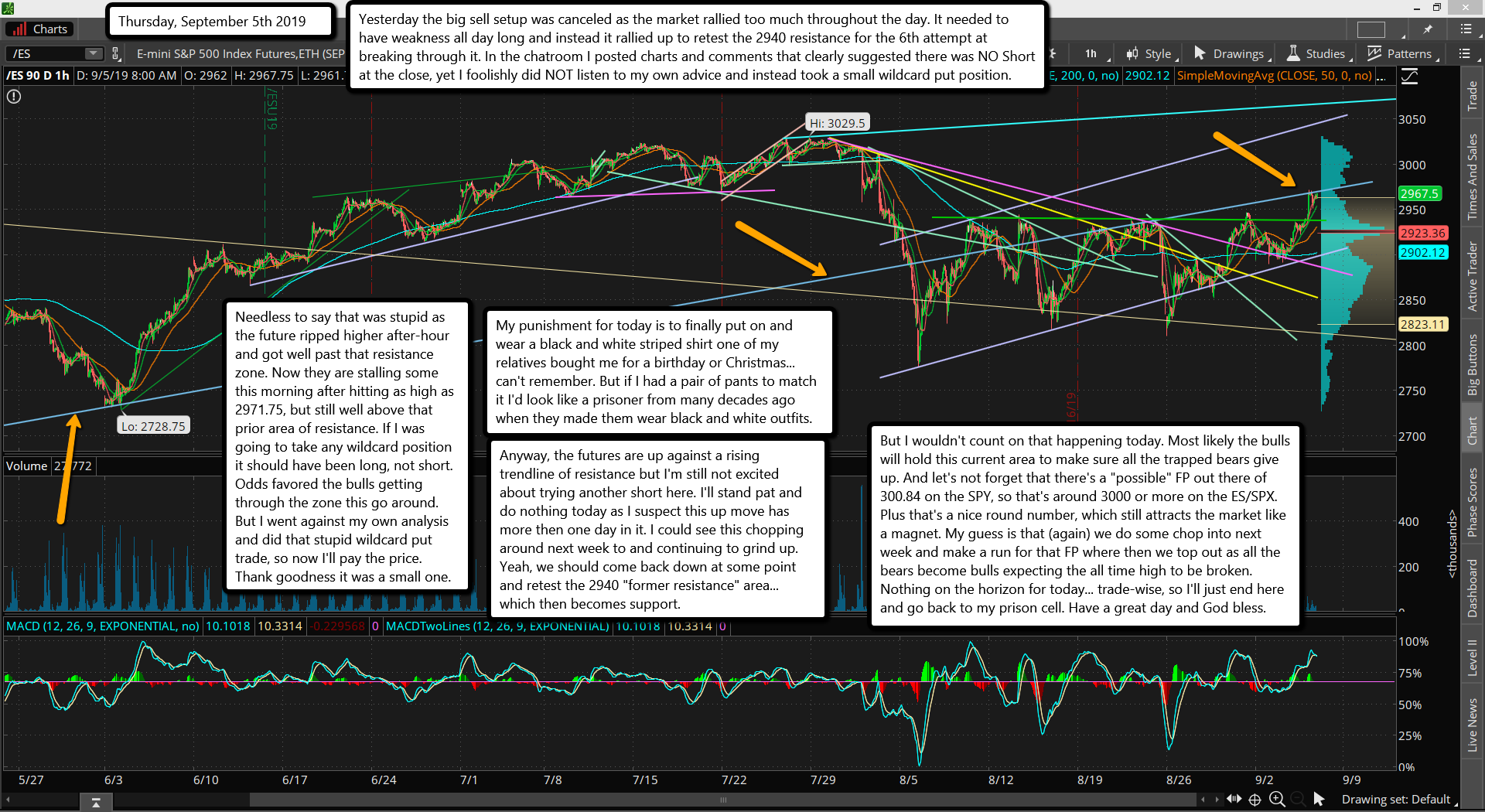 Yesterday the big sell setup was canceled as the market rallied too much throughout the day. It needed to have weakness all day long and instead it rallied up to retest the 2940 resistance for the 6th attempt at breaking through it. In the chatroom I posted charts and comments that clearly suggested there was NO Short at the close, yet I foolishly did NOT listen to my own advice and instead took a small wildcard put position.

Needless to say that was stupid as the future ripped higher after-hour and got well past that resistance zone. Now they are stalling some this morning after hitting as high as 2971.75, but still well above that prior area of resistance. If I was going to take any wildcard position it should have been long, not short. Odds favored the bulls getting through the zone this go around. But I went against my own analysis and did that stupid wildcard put trade, so now I'll pay the price. Thank goodness it was a small one.

My punishment for today is to finally put on and wear a black and white striped shirt one of my relatives bought me for a birthday or Christmas... can't remember. But if I had a pair of pants to match it I'd look like a prisoner from many decades ago when they made them wear black and white outfits.

Anyway, the futures are up against a rising trendline of resistance but I'm still not excited about trying another short here. I'll stand pat and do nothing today as I suspect this up move has more then one day in it. I could see this chopping around next week to and continuing to grind up. Yeah, we should come back down at some point and retest the 2940 "former resistance" area... which then becomes support.

But I wouldn't count on that happening today. Most likely the bulls will hold this current area to make sure all the trapped bears give up. And let's not forget that there's a "possible" FP out there of 300.84 on the SPY, so that's around 3000 or more on the ES/SPX. Plus that's a nice round number, which still attracts the market like a magnet. My guess is that (again) we do some chop into next week and make a run for that FP where then we top out as all the bears become bulls expecting the all time high to be broken. Nothing on the horizon for today... trade-wise, so I'll just end here and go back to my prison cell. Have a great day and God bless.