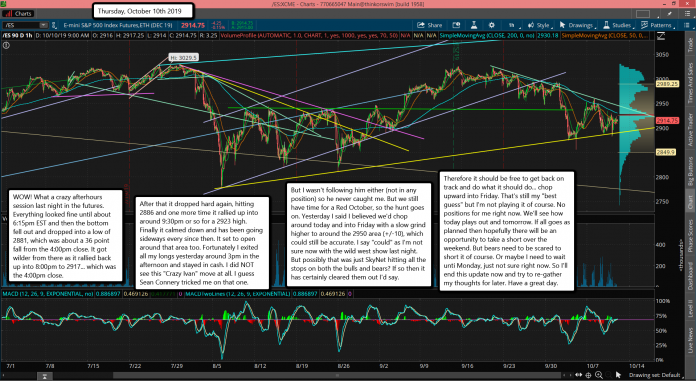 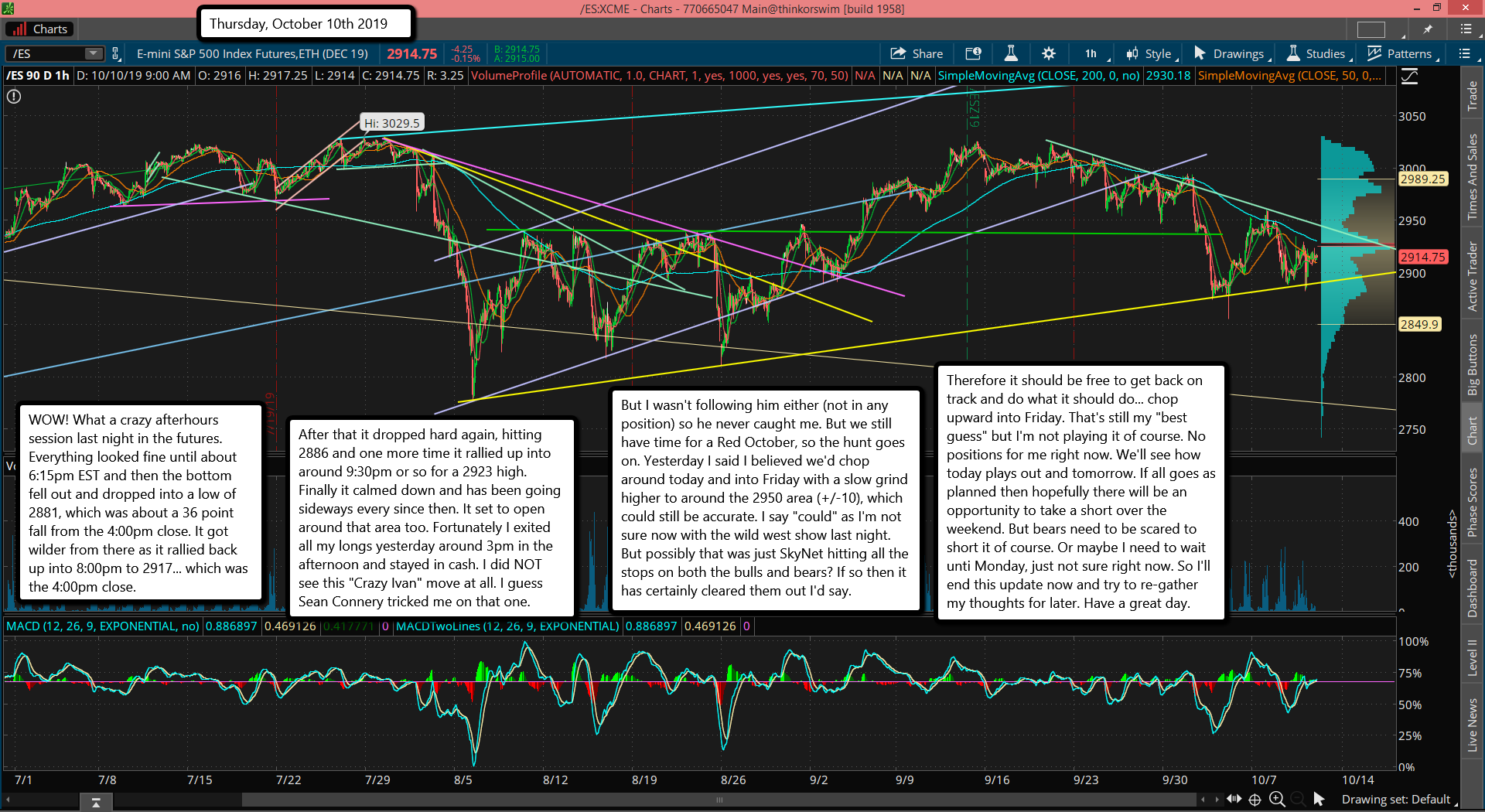 WOW! What a crazy afterhours session last night in the futures. Everything looked fine until about 6:15pm EST and then the bottom fell out and dropped into a low of 2881, which was about a 36 point fall from the 4:00pm close. It got wilder from there as it rallied back up into 8:00pm to 2917... which was the 4:00pm close.

After that it dropped hard again, hitting 2886 and one more time it rallied up into around 9:30pm or so for a 2923 high. Finally it calmed down and has been going sideways every since then. It set to open around that area too. Fortunately I exited all my longs yesterday around 3pm in the afternoon and stayed in cash. I did NOT see this "Crazy Ivan" move at all. I guess Sean Connery tricked me on that one.

But I wasn't following him either (not in any position) so he never caught me. But we still have time for a Red October, so the hunt goes on. Yesterday I said I believed we'd chop around today and into Friday with a slow grind higher to around the 2950 area (+/-10), which could still be accurate. I say "could" as I'm not sure now with the wild west show last night. But possibly that was just SkyNet hitting all the stops on both the bulls and bears? If so then it has certainly cleared them out I'd say.

Therefore it should be free to get back on track and do what it should do... chop upward into Friday. That's still my "best guess" but I'm not playing it of course. No positions for me right now. We'll see how today plays out and tomorrow. If all goes as planned then hopefully there will be an opportunity to take a short over the weekend. But bears need to be scared to short it of course. Or maybe I need to wait unti Monday, just not sure right now. So I'll end this update now and try to re-gather my thoughts for later. Have a great day.