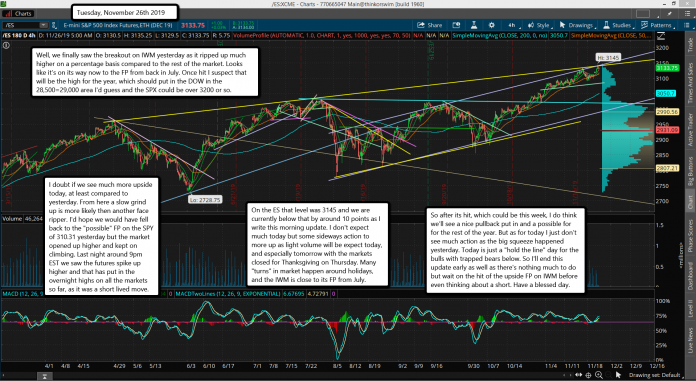 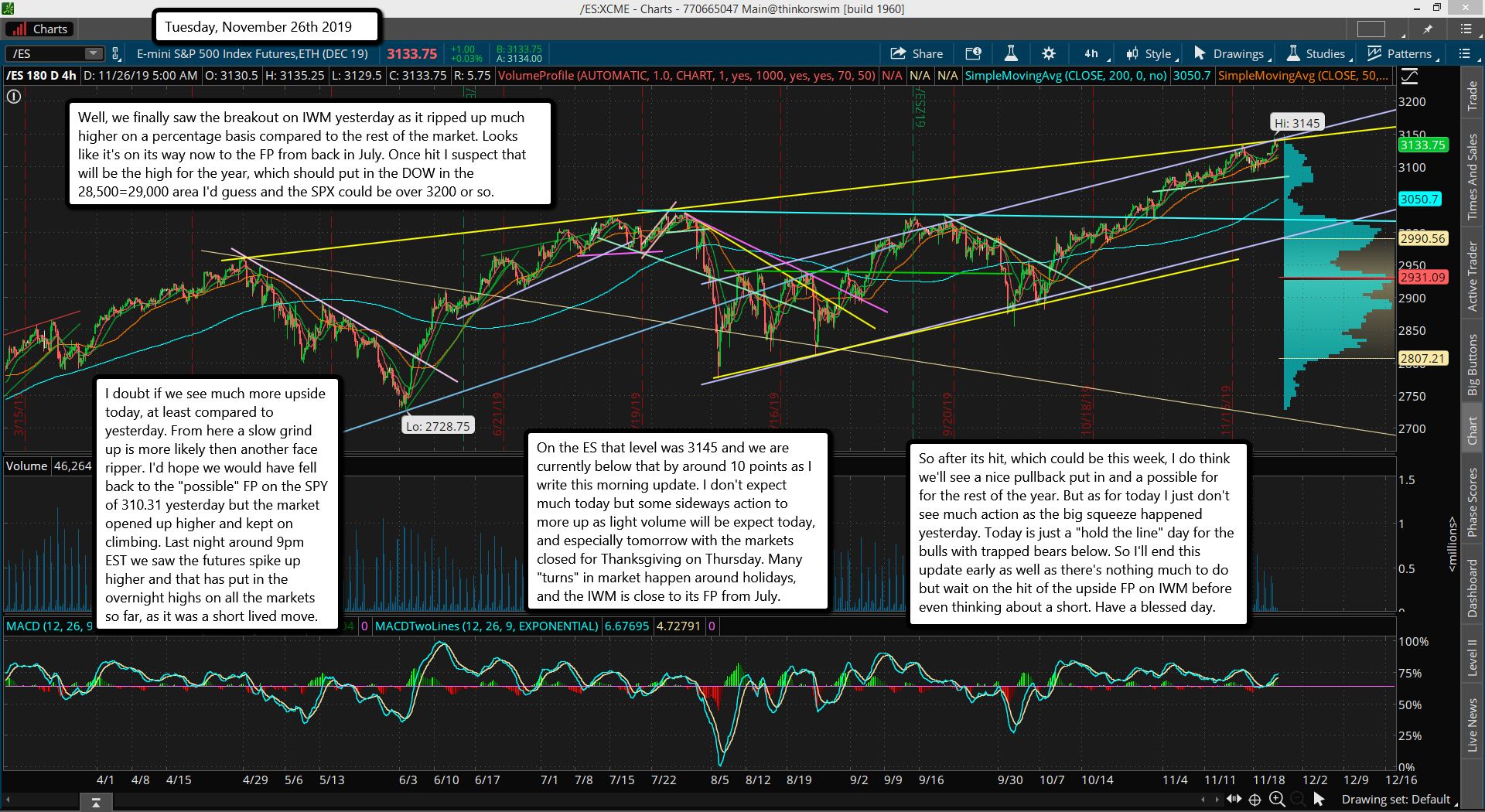 Well, we finally saw the breakout on IWM yesterday as it ripped up much higher on a percentage basis compared to the rest of the market. Looks like it's on its way now to the FP from back in July. Once hit I suspect that will be the high for the year, which should put in the DOW in the 28,500=29,000 area I'd guess and the SPX could be over 3200 or so.

I doubt if we see much more upside today, at least compared to yesterday. From here a slow grind up is more likely then another face ripper. I'd hope we would have fell back to the "possible" FP on the SPY of 310.31 yesterday but the market opened up higher and kept on climbing. Last night around 9pm EST we saw the futures spike up higher and that has put in the overnight highs on all the markets so far, as it was a short lived move.

On the ES that level was 3145 and we are currently below that by around 10 points as I write this morning update. I don't expect much today but some sideways action to more up as light volume will be expect today, and especially tomorrow with the markets closed for Thanksgiving on Thursday. Many "turns" in market happen around holidays, and the IWM is close to its FP from July.

So after its hit, which could be this week, I do think we'll see a nice pullback put in and a possible for for the rest of the year. But as for today I just don't see much action as the big squeeze happened yesterday. Today is just a "hold the line" day for the bulls with trapped bears below. So I'll end this update early as well as there's nothing much to do but wait on the hit of the upside FP on IWM before even thinking about a short. Have a blessed day.

P.S. Looks like Oscar is going to be correct again on his year end targets...