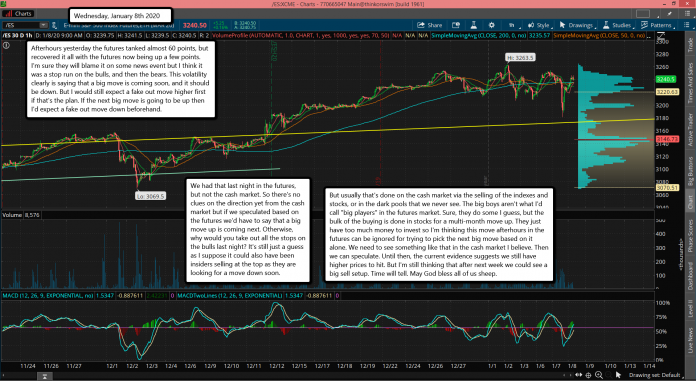 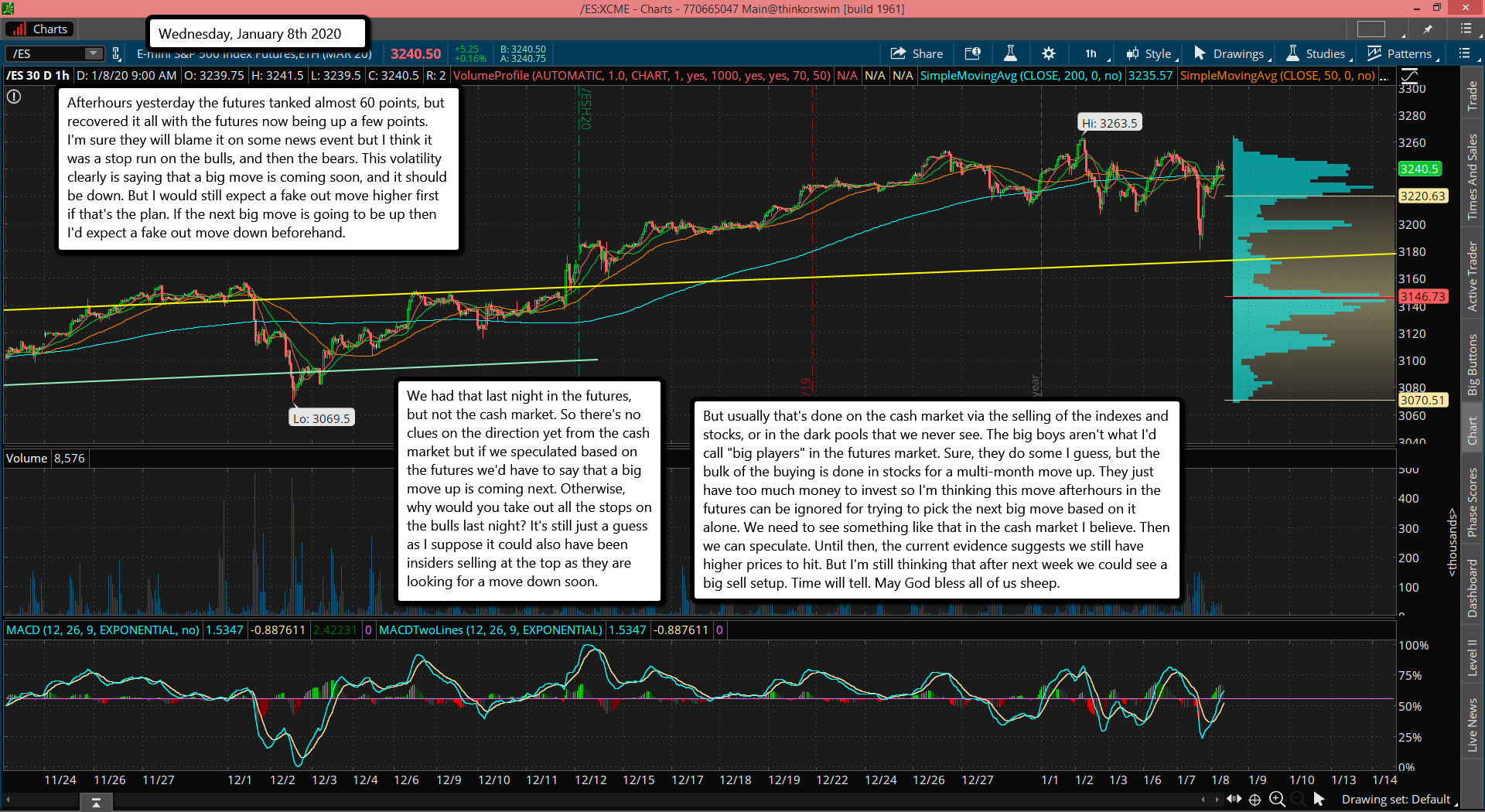 Afterhours yesterday the futures tanked almost 60 points, but recovered it all with the futures now being up a few points. I'm sure they will blame it on some news event but I think it was a stop run on the bulls, and then the bears. This volatility clearly is saying that a big move is coming soon, and it should be down. But I would still expect a fake out move higher first if that's the plan. If the next big move is going to be up then I'd expect a fake out move down beforehand.

We had that last night in the futures, but not the cash market. So there's no clues on the direction yet from the cash market but if we speculated based on the futures we'd have to say that a big move up is coming next. Otherwise, why would you take out all the stops on the bulls last night? It's still just a guess as I suppose it could also have been insiders selling at the top as they are looking for a move down soon.

But usually that's done on the cash market via the selling of the indexes and stocks, or in the dark pools that we never see. The big boys aren't what I'd call "big players" in the futures market. Sure, they do some I guess, but the bulk of the buying is done in stocks for a multi-month move up. They just have too much money to invest so I'm thinking this move afterhours in the futures can be ignored for trying to pick the next big move based on it alone. We need to see something like that in the cash market I believe. Then we can speculate. Until then, the current evidence suggests we still have higher prices to hit. But I'm still thinking that after next week we could see a big sell setup. Time will tell. May God bless all of us sheep. 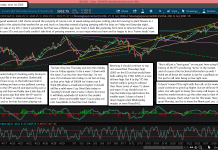