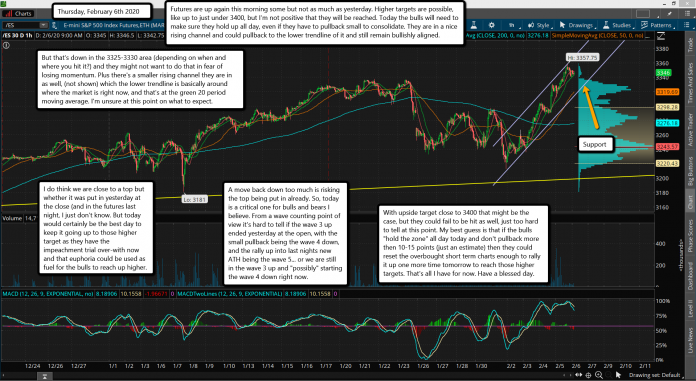 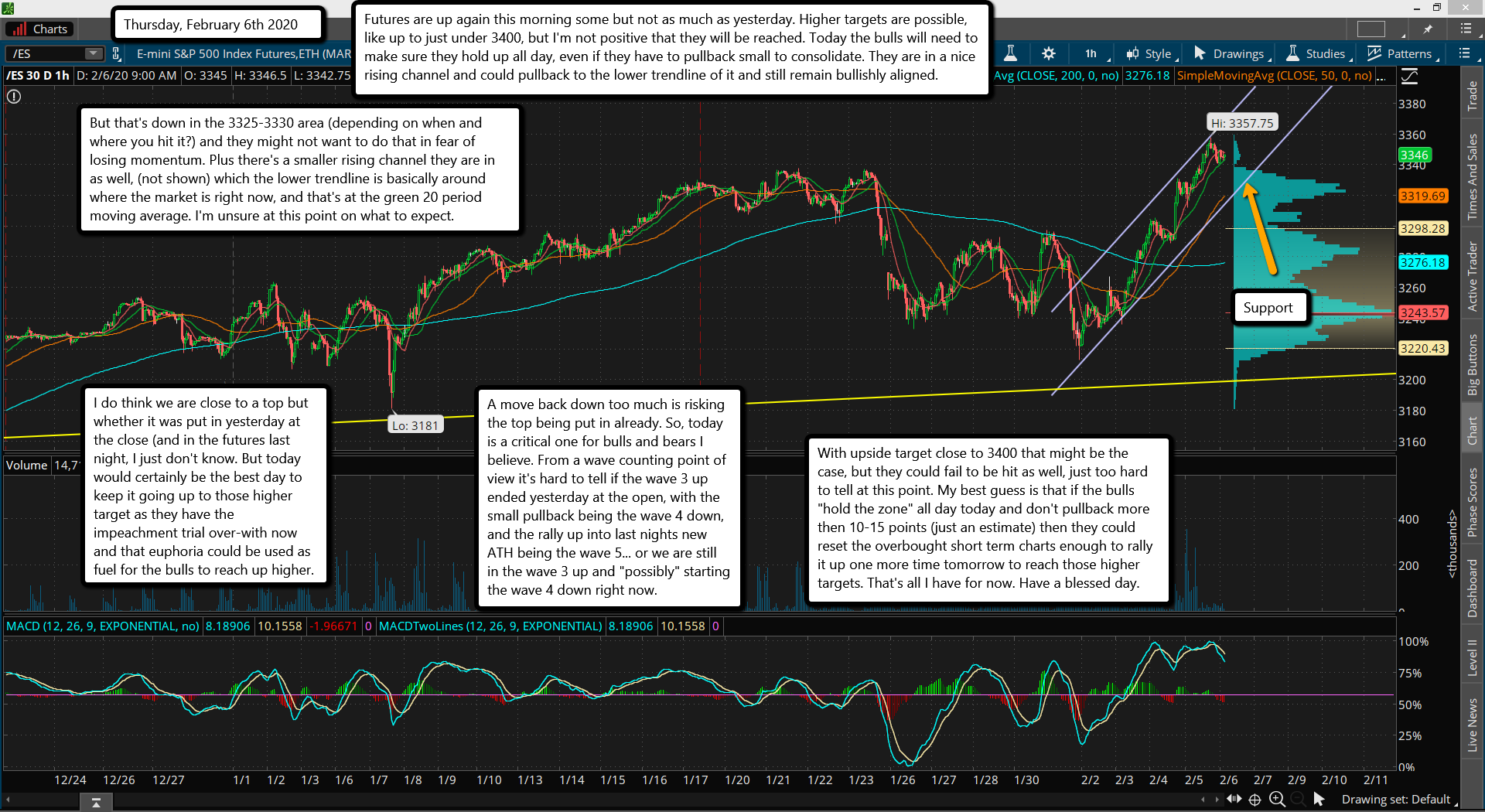 Futures are up again this morning some but not as much as yesterday. Higher targets are possible, like up to just under 3400, but I'm not positive that they will be reached. Today the bulls will need to make sure they hold up all day, even if they have to pullback small to consolidate. They are in a nice rising channel and could pullback to the lower trendline of it and still remain bullishly aligned.

But that's down in the 3325-3330 area (depending on when and where you hit it?) and they might not want to do that in fear of losing momentum. Plus there's a smaller rising channel they are in as well, (not shown) which the lower trendline is basically around where the market is right now, and that's at the green 20 period moving average. I'm unsure at this point on what to expect.

I do think we are close to a top but whether it was put in yesterday at the close (and in the futures last night, I just don't know. But today would certainly be the best day to keep it going up to those higher target as they have the impeachment trial over-with now and that euphoria could be used as fuel for the bulls to reach up higher.

With upside target close to 3400 that might be the case, but they could fail to be hit as well, just too hard to tell at this point. My best guess is that if the bulls "hold the zone" all day today and don't pullback more then 10-15 points (just an estimate) then they could reset the overbought short term charts enough to rally it up one more time tomorrow to reach those higher targets. That's all I have for now. Have a blessed day.