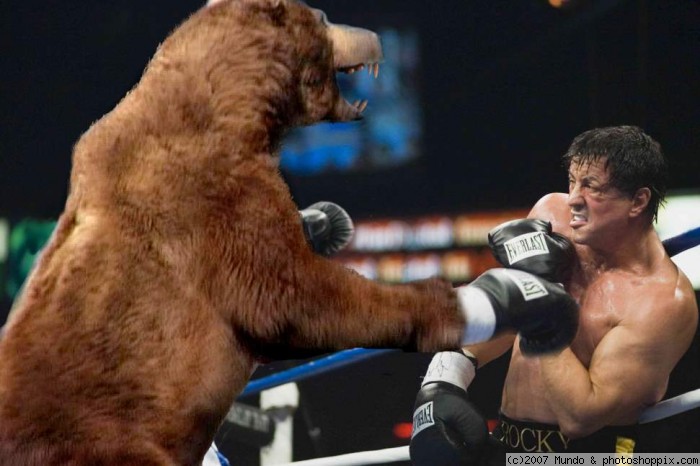 Once again, the market stays afloat.  I don't know how many fingers Bernanke and team have, but it's seems that they managed to keep the dam from busting one more time! I guess Spain isn't a big enough country to be of enough significance to cause any panic in the market, as they had their credit rating lower today, but the market ignored it.

I've never seen such a long time period where the market just won't go down.  It's like Rocky Balboa or something... you keep punching it, but it keeps getting back up! It's time to retire Rocky!  Give it up man!  You're old and tired, let someone else step up and take over... like the "BEARS" for God's Sake!  These Bullish Bulls are too full of Bullshit, and need a good lesson given too them.  Sheessh, I'm getting tired of working so hard just to get the crooked government to come in take my money again.

This market should already be on it's way down, but I think they might hold us in this stupid sideways channel until the end of year, or decade... or maybe until every last Bear is dead!  Hell, I don't know?  Regardless, once again I'm staying short!  Time definitely isn't on my side, as options' expiration is next Friday, but I still see a fall coming before then... if this dead horse will every die?

The Financials are now getting bought up as the money moves out of commodities and into the banks again.  That, plus the constant selling of the dollar (from "The Three Stooges" of course) seemed to get the market back up again.  I borrowed the chart below from "The Chart Pattern Trader", and once again I added my thoughts in Yellow. 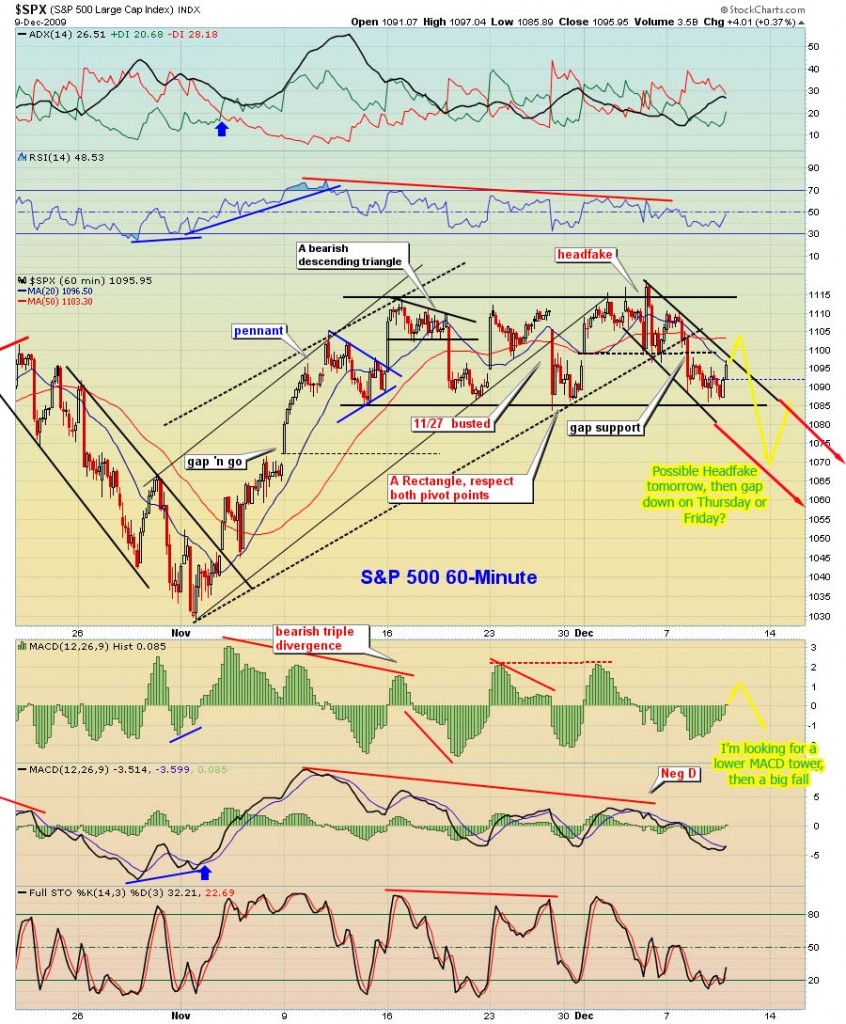 I'm looking for a possible break out (but just another "Head Fake") of the top downward sloping trend line tomorrow, and then a big gap down by Thursday or Friday to take out the 1085 support line, and to fall all the way to the bottom downward sloping trend line... which should be around 1070 by then.  But, for tomorrow... we have to wait for the MACD to rise up above the zero level and curl back lower by Thursday or Friday.

It should be a lower tower then the one just before it, around December the first.  This will create a negative divergence, and that along with other indicators should cause the gap down to occur.  Of course some future news event will be blamed for it, but it's coming... with or without the news.