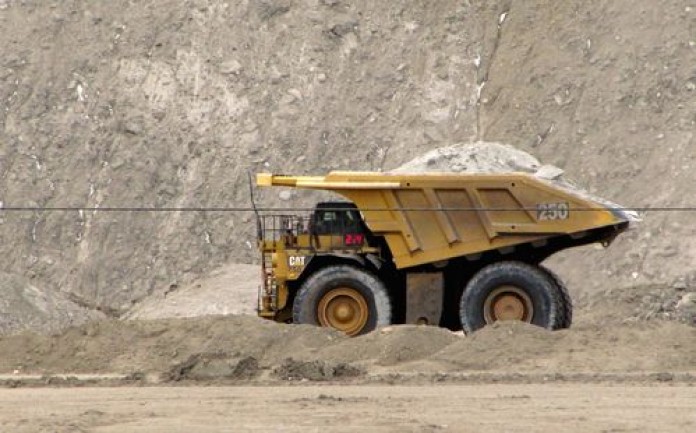 WASHINGTON — The Obama administration is imposing a moratorium on new coal leases on federal land, arguing that the program has remained largely unchanged for more than 30 years and requires a comprehensive review.

The coal leasing program must be modernized to ensure a fair financial return to American taxpayers and account for climate change, Interior Secretary Sally Jewell said Friday in announcing the halt. The move drew praise from environmental groups and Democrats, but condemnation from Republicans who called it another volley in what they assert is a “war on coal” being waged by President Barack Obama.

“It is abundantly clear that times are different than they were 30 years ago, and the time for review (of the coal leasing program) is now,” Jewell told reporters in a conference call.

She called the moratorium, effective immediately and expected to last through the remainder of Obama’s final year in office, a “prudent step to hit pause.”

The federal program to lease coal-mining rights to a single bidder has remained largely unchanged for more than 30 years, despite complaints that low royalty rates and a near-total lack of competition have cost the government hundreds of millions of dollars a year.

More than 40 percent of U.S. coal production, or about 450 million tons a year, comes from public land in Wyoming, Montana and other Western states, bringing in more than $1 billion in annual revenue.

Rep. Ryan Zinke, R-Mont., said the move is “disastrous” for Montana, a state that sits on one-third of the nation’s recoverable reserves. “This administration’s war on coal just got a lot more personal for us in the West,” he declared.

Sen. Steve Daines, R-Mont., called it an “unprecedented assault on one of Montana’s most important sources of good-paying jobs and tax revenue” that will probably result in the end of coal development in Montana and Wyoming’s Powder River Basin.

“Take it or leave it proposals are exactly what’s wrong in Washington these days,” said Sen. Jon Tester, D-Mont. “Unfortunately, the president is contributing to this dysfunction. Yes, we’ve got to look at the coal-leasing program to make sure taxpayers are getting a fair shake. But to stop new leases without proper public input undermines our Montana values of transparency and accountability.”

Montana Gov. Steve Bullock, a Democrat, said Obama was “wrong” in his decision and would make sure Montana is involved as the process moves forward. “Montana’s working families are left bearing the brunt of his unilateral action,” he said.

Nearly 90 percent of coal tracts leased by the Interior Department receive just a single bid, and royalty rates have remain unchanged since 1976. The lack of competition and other problems in the leasing program have cost the government as much as $200 million a year in lost revenue, according to a 2014 report by the Government Accountability Office.

Coal reserves already under lease can continue to be mined, and a limited number of sales will be allowed, Jewell said.

It’s unclear what impact the moratorium will have on U.S. coal production, given declining domestic demand and the closure of numerous coal-fired power plants around the country. Coal companies have already stockpiled billions of tons of coal on existing leases in Wyoming, Montana, Colorado, Utah and New Mexico.

“This announcement comes as no surprise from an administration that seems hell-bent on forcing the coal industry to come to a screeching halt,” said Bud Clinch, executive director of the Montana Coal Council.

Glenn Oppel, government relations director for the Montana Chamber of Commerce, said federal coal royalties total between $40 and $50 million in biennial revenue to the state. “Losing that would leave a gaping hole in our state budget and represents a huge tax shift to Montana homeowners and small businesses,” he said.

Even so, environmental groups cheered the announcement. The groups have long said the government’s 12.5 percent royalty rate for coal mining on federal land encouraged production of a “dirty” fuel that contributes to global warming.

Anne Hedges, deputy director for the Montana Environmental Information Center, said the White House’s announcement is the latest sign that interest in dirty fossil fuels is waning because of its impact on water, economy and people who use public land. Instead, she said, more people are embracing cleaner, renewable energy.

“It’s a great step but there is a long way to go,” Hedges said. “It sends the right message to the markets that it’s time invest in the future, not the past.”

Sen. Maria Cantwell, D-Wash., said taxpayers are being shortchanged on royalties that do not reflect the true costs of mining, both in terms of its economic value to mining companies and its impact on the environment. Getting royalty rates right is especially important “given how much coal comes off federal land,” said Cantwell, the top Democrat on the Senate Energy and Natural Resources Committee.

“I’m glad to see the president take this action. We need to stop the sweet deal (mining companies) have been getting,” Cantwell said.

Government auditors for years have questioned the adequacy of the royalty rate for coal and whether it provided an appropriate return to the government, although they did not make specific recommendations to raise it. Industry groups counter that any increase in royalty rates will hurt consumers and threaten high-paying jobs.

Jewell’s announcement follows Obama’s statement during the State of the Union address that he would push to change the way the federal government manages its oil and coal resources.

Jewell and other officials said Friday that the review will take at least three years — long after Obama leaves office next January — but will include an interim report due by the end of the year.

“I am confident we will get a good way down the track in this administration,” she said, although officials later acknowledged that the next president will not be legally bound to complete the review.

Chris Doering in the Tribune’s Washington bureau contributed to this report.