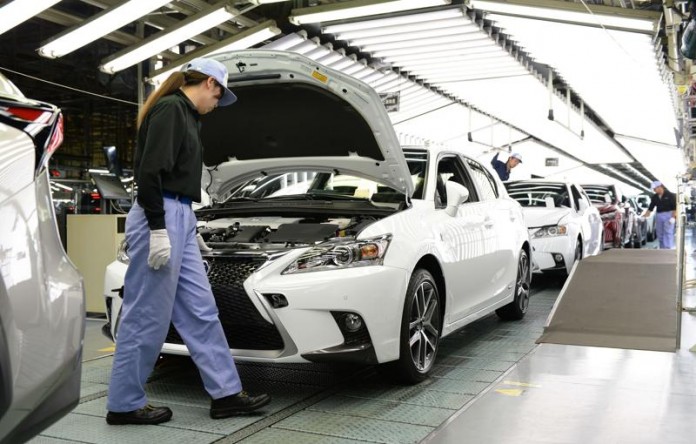 Toyota on Wednesday kept the title of world’s biggest automaker for the fourth straight year after saying it sold 10.15 million vehicles globally in 2015, driving past Volkswagen and General Motors.

Toyota shares jumped 3.80% to end at 6,881 yen ($58) in Tokyo on Wednesday, boosted by reports it is in talks with Suzuki over a partnership to build compact cars for emerging markets, including India.

Toyota is also facing sluggish sales in Thailand and Indonesia while a Japanese consumption tax hike planned for next year could spark a rush in buying -- and subsequent slowdown as prices go up.

The Japanese giant was likely to keep the top automaker crown for at least another year, but a slowdown in top vehicle market China could hurt its numbers, analysts said.

“Toyota is benefiting from the strength of the US auto market, and we expect it to continue to grow this year, so the company should keep its crown,” said Yoshiaki Kawano, a Tokyo-based analyst at research firm IHS.

“But in China, Toyota lags behind VW or Nissan”.

In the first half of the year, the German giant, whose other brands include Porsche and Audi, was set to become the world’s biggest automaker as it rode momentum in emerging economies.

But then it posted its first drop in annual sales for more than a decade, as the company was hammered by a massive pollution cheating scandal.

Volkswagen was sideswiped by stunning revelations in September that it had fitted 11 million vehicles with devices designed to dodge pollution tests. 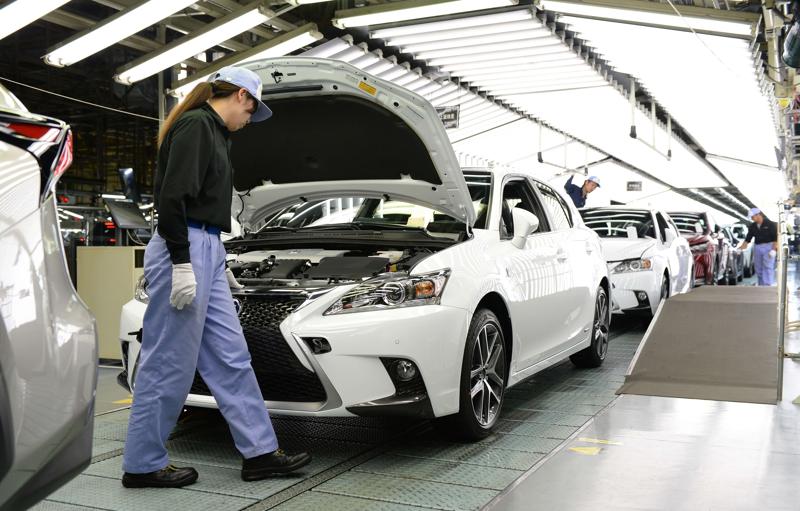 The US government has said it was suing VW for $20 billion in civil penalties over the scandal.

Toyota broke GM’s decades-long reign as the world’s top automaker in 2008 but lost it three years later to the US firm, as Japan’s 2011 earthquake-tsunami disaster dented production and disrupted the supply chains.

However, in 2012 it once again overtook its Detroit rival and has remained on top since.

Toyota’s upbeat announcement comes despite the firm struggling to recover its reputation for safety after the recall of millions of cars around the world for various problems in recent years, including an exploding air bag crisis at supplier Takata. 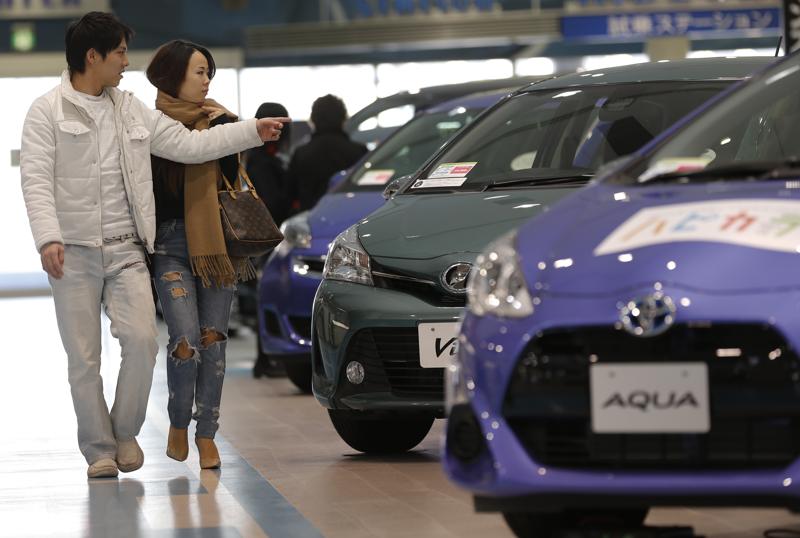 Visitors check out Toyota Vitz at a Toyota showroom in Tokyo on Wednesday.
(AP)

At least 10 deaths globally and scores of injuries have been linked to the faulty airbags fitted in cars made by some of the world’s leading auto giants.

Toyota, maker of the Camry sedan and Prius hybrid, had stopped building new plants for several years, and turned its focus to quality rather than sales volume.

The company is also overhauling its production methods, vowing to slash development costs to try to offset any downturn in the market and squeeze more productivity out of existing plants.

Toyota is pushing further into the fast-growing market for environmentally friendly cars, especially in China where officials are struggling to contain an air pollution crisis.

It has also released its first mass-market hydrogen fuel-cell car, the Mirai, and redesigned the top-selling Prius.

Volkswagen’s new chief executive, meanwhile, has said his firm was abandoning its ambition to become the world’s biggest carmaker.

“For me, this obsession with unit sales and the ambition to constantly reach new records makes no sense,” Matthias Mueller told the weekly WirtschaftsWoche in an interview published in December.

“I’m not going declare sheer size as an end in itself.”

His predecessor Martin Winterkorn had focused on VW overtaking Toyota as the world’s biggest carmaker by 2018.