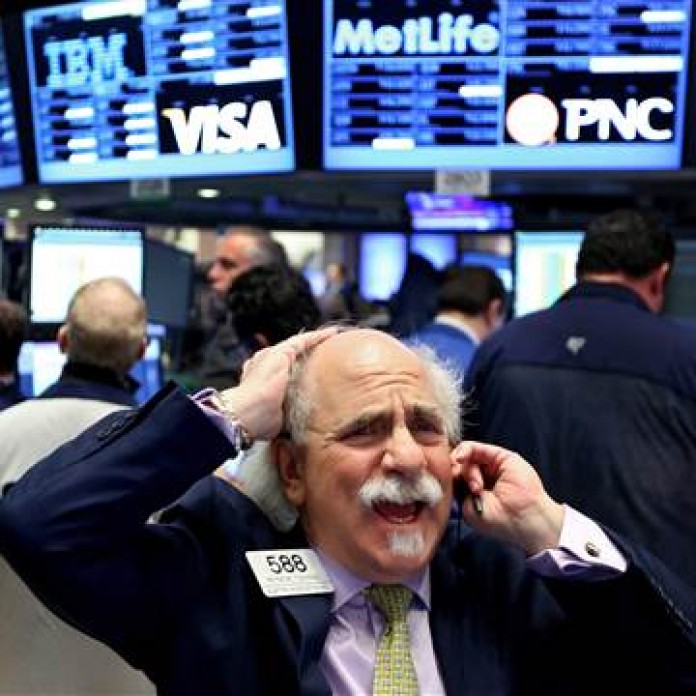 Despite stock market gyrations that have had traders reaching for the antacid for much of January, American consumers remain optimistic about what lies ahead for the economy and the labor market.

The Conference Board's monthly consumer confidence index rose to 98.1 for the month of January, up from 96.3 in December. (The cutoff for this month's results was Jan. 14).

Traders work on the floor of the New York Stock Exchange at the start of the trading day in New York on Jan. 20. JUSTIN LANE / EPA

According to the index, Americans' assessment of their present situation was unchanged from last month, while their sentiment about the future was rosier.

A silver lining of last decade's recession is that Americans in the market today have already confronted worst-case scenario fears and are more measured in their responses, said Andy Smith, executive vice president of investments at the Mutual Fund Store.

"People are more mindful of this idea of what's possible and what's probable," he said. "Is it possible we could deal with market Armageddon? Yes, you get the negative numbers, but one particular indicator doesn't direct the entire market."

The Conference Board's new results also show that Americans are more optimistic about the job market: The number of people who said jobs are "hard to get" fell by about a percentage point, and the number who expect their income to improve rose by nearly two percentage points.

"Employment, which has always been the key to consumer confidence, continues to be strong," said Lynn Franco, director of economic indicators at The Conference Board.

Confidence is also getting a big assist from persistently low gas prices, even though plummeting price of oil is considered to be a major cause behind the market's recent swings.

"I think some of this volatility is being offset by what we're seeing in terms of oil prices and prices at the gas pump," Franco said.

But Jeff Lenard, vice president of strategic industry initiatives for the National Association of Convenience Stores, cautioned that the ability of gas prices to buoy consumer sentiment might be reaching its outer limit. He said his group had observed a flattening of consumer optimism in its surveys, even as gas dropped below an average price of $2 a gallon last month.

One reason is that consumers don't believe low prices will stick around; another is that today's rock-bottom gas prices limit the extent of consumers' expectations that prices will fall even further, he said.

What's most important, though, is that Americans today are learning to take market volatility in stride.

"Consumers are pretty resilient (and) adapt to these big swings as they become the norm," Franco said.

"At the start of 2015, I told clients to buckle their seat belts because it is going to be a bumpy ride," financial advisor Debra Neiman told NBC News via email. "I think those who remained on the roller coaster ride expected ups and downs and were willing to go along for the ride."
[ad_2]