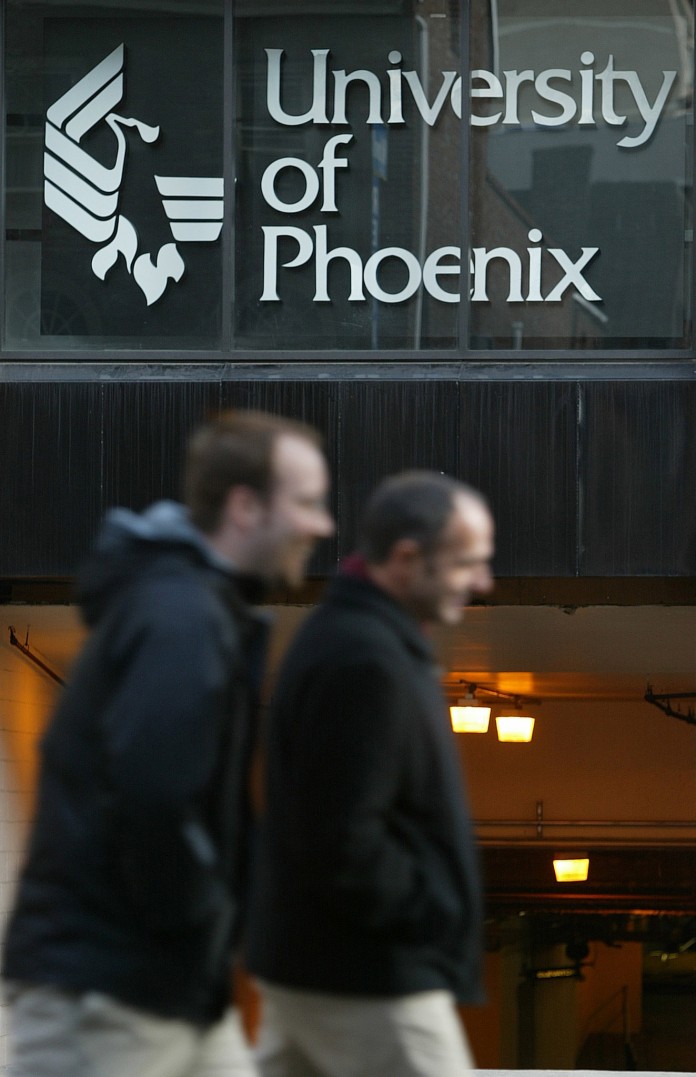 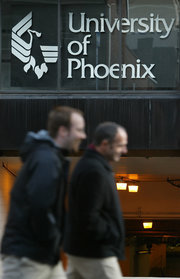 A University of Phoenix campus in Philadelphia in 2004.

The troubled for-profit education company that owns the giant University of Phoenix agreed on Monday to be bought for $1.1 billion by a group of investors that includes a private equity firm with close ties to the Obama administration.

The university and its owner, the Apollo Education Group, have been subject to a series of state and federal investigations into allegations of shady recruiting, deceptive advertising and questionable financial aid practices.

In recent years, many for-profit educational institutions that have received billions of dollars in federal aid, including the University of Phoenix, have been pummeled by criticisms that they preyed upon veterans and low-income students, saddling them with outsize student loan debt and subpar instruction.

Moreover, at many of these schools, enrollment has been falling and profits shrinking, casting doubt on the future health of the industry.

The new owners, who said they are not relying on debt to pay for the acquisition, are promising to lead a clean-up of the for-profit education industry.

Vistria’s founder is Marty Nesbitt, one of President Obama’s closest friends and the chairman of the Obama Foundation. Mr. Nesbitt is also a longtime business partner of Penny Pritzker, the commerce secretary.

A Vistria partner and its chief operating officer, Tony Miller, was deputy secretary of the United States Department of Education between 2009 and 2013. He has been tapped to become the new chairman of Apollo Education Group in August, when the deal is scheduled to be completed.

The acquisition is subject to approval by both the Education Department and the accreditation group the Higher Learning Commission.

“For too long and too often, the private education industry has been characterized by inadequate student outcomes, overly aggressive marketing practices and poor compliance,” Mr. Miller said in a news release. “This doesn’t need to be the case.”

He said the University of Phoenix would operate “in a manner consistent with the highest ethical standards.”

But longtime critics of the for-profit education industry said that the new owners would find it difficult to balance the pursuit of such a high-minded approach with the challenge of reviving high profits for investors.

Barmak Nassirian, director of federal policy analysis at the American Association of State Colleges and Universities, argued that the premium of roughly 30 percent that investors paid over the previous month’s weighted stock average would not seem to be justified by the company’s recent record of anemic earnings and worsening forecasts.

The university has also had to contend with a shrinking number of campuses, layoffs and tumbling enrollment.

In Mr. Nassirian’s view, putting the company “back on steroids” would require the kind of “overpromising and under-delivering” that got the educational company in trouble in the first place. “I don’t know what kind of cold fusion in the kitchen sink they think they can pull off,” he said.

Under the terms of the agreement, the investor consortium would pay $9.50 a share in cash for the outstanding shares of the Apollo Education Group. Its shares closed at $6.95 on Friday.

As of Friday’s close, Apollo Education stock was down 73 percent in the last 12 months. Its market value on Friday was a little more than $700 million. A decade ago, its shares were worth as much as $80 each.

With the publicly traded company going private in an all-cash deal, details on the company’s operations — and challenges — will be much harder to come by.

“The sale of Apollo Education Group under the terms reported today means that the largest for-profit college chain in America is essentially going dark,” Senator Richard Durbin, a Democrat of Illinois, said. “We’ll know less than ever about the operations of one of the most heavily subsidized universities in America.”

Previous reports with the S.E.C. have noted that the Federal Trade Commission is looking into whether the Apollo Education Group engaged in deceptive advertising, while the California attorney general’s office is undertaking a broad investigation, with particular reference to its dealings with members of the United States military and the California National Guard.

A Defense Department ban, prohibiting the company from recruiting on its military bases or gaining access to additional federal tuition assistance, was lifted last month. But the company will be under heightened scrutiny by the Pentagon for another year.

The University of Phoenix and the rest of the industry also will be subject to new federal regulations aimed at cracking down on abusive practices.

Acknowledging “unprecedented volatility within our industry,” Greg Cappelli, the Apollo Education Group’s chief executive, said the new structure offers the company the “flexibility and runway it needs to complete the transformational plan at University of Phoenix.”

The deal represents the end of the company’s control by the family of John G. Sperling, who founded the company in 1973 and oversaw its jaw-dropping growth. He died in 2014. His son, Peter Sperling, who is currently chairman, will be replaced by Mr. Miller.