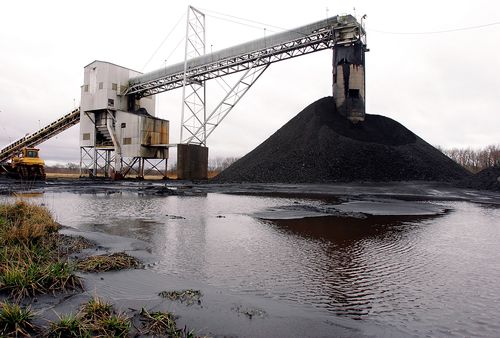 April 13 -- U.S. coal giant Peabody Energy filed for bankruptcy, the most powerful convulsion yet in an industry that's enduring the worst slump in decades.

Peabody had warned in March that "sustained depressed" coal prices had placed it on the edge of insolvency.

The company also suffered a sharp blow from its exposure to the bankruptcy of former subsidiary Patriot Coal, one of several coal giants to topple into bankruptcy court over the last couple years.

Peabody has posted four consecutive yearly losses, including a $2 billion loss in 2015 as revenue fell 17% to $5.6 billion.

The company listed $10.1 billion in debts and $11 billion in assets, including ownership interest in 26 active mines in the U.S. and Australia. Shareholders with at least 5% of the company are Blackrock, Kopernik Global Investors, Vanguard Group and Susquehanna Securities, according to a court filing.

"Through this process, the company intends to reduce its overall debt level, lower fixed charges, improve operating cash flow and position the company for long-term success, while continuing to operate under the protection of the court process," Peabody said Wednesday in a statement.

"This was a difficult decision, but it is the right path forward for Peabody.  We begin today to build a highly successful global leader for tomorrow," CEO Glenn Kellow said. "This process enables us to strengthen liquidity and reduce debt, build upon the significant operational achievements we've made in recent years and lay the foundation for long-term stability and success in the future."

Peabody said it had secured $800 million in bankruptcy financing from a group that includes secured and unsecured creditors to maintain operations.

Peabody noted that the sale of assets in New Mexico and Colorado had collapsed after a prospective buyer could not complete the deal.