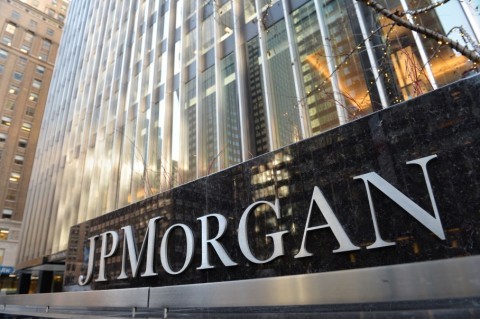 This 2013 file photo shows the headquarters of JP Morgan Chase on Park Avenue in New York.

Federal regulators said Wednesday that five of the country’s largest banks, including JPMorgan Chase and Bank of America, still don’t have credible plans for winding down their operations without taxpayer help if they start to fail.These so-called “living wills” are a critical requirement of the 2010 financial reform package, Dodd-Frank, aimed at a preventing a repeat of the taxpayer bailouts that took place during the financial crisis. The regulators found various problems with the plans submitted by Bank of America, Bank of New York Mellon, J.P. Morgan Chase, State Street, and Wells Fargo.The failures are likely to tap into populist concerns that U.S. banks are still “too big to fail.”  It comes as the banking sector is likely to report weaker financial results for the first quarter of the year.

The five banks have until October to address the problems found by the Federal Reserve and the Federal Deposit Insurance Corporation. If the deficiencies aren’t addressed, the banks could face higher capital requirements or other regulatory sanctions if their plans are still not deemed sufficient.

“The FDIC and Federal Reserve are committed to carrying out the statutory mandate that systemically important financial institutions demonstrate a clear path to an orderly failure under bankruptcy at no cost to taxpayers,” Martin J. Gruenberg, chairman of the FDIC, said in a statement.

The findings come at a time when other measures put in place to respond to the financial crisis are also under assault. Regulators have also attempted to identify financial firms, outside of banks, that could pose a threat to the economy. These firms have traditionally received little government scrutiny, but after the massive insurance company AIG nearly collapsed in 2008 and required a $182 billion taxpayer bailout, lawmakers called for stricter oversight of this portion of the financial industry.

But General Electric is now arguing that it no longer qualifies for the designation because it has shrunk its balance sheet. And MetLife, which was founded in 1868 and has a global footprint of 100 million customers and a market capitalization of $48 billion, filed a lawsuit that now threatens the entire process.

Earlier this month, U.S. District Judge Rosemary M. Collyer overturned the company’s “too big to fail” label and challenged the process the government used.  The Treasury Department is appealing the ruling, which experts have said could hobble this portion of the financial reform law.