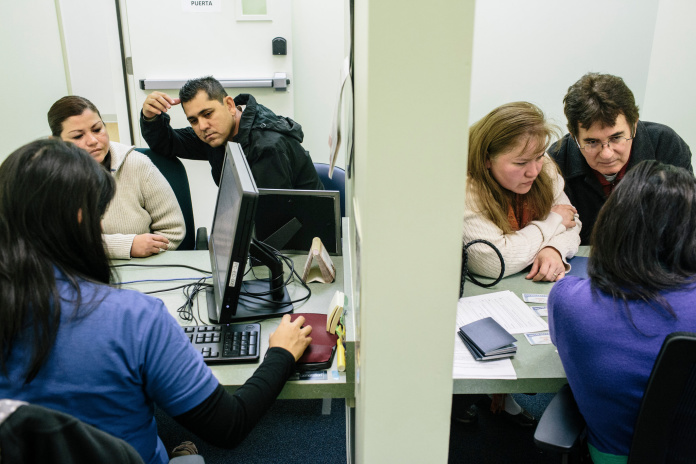 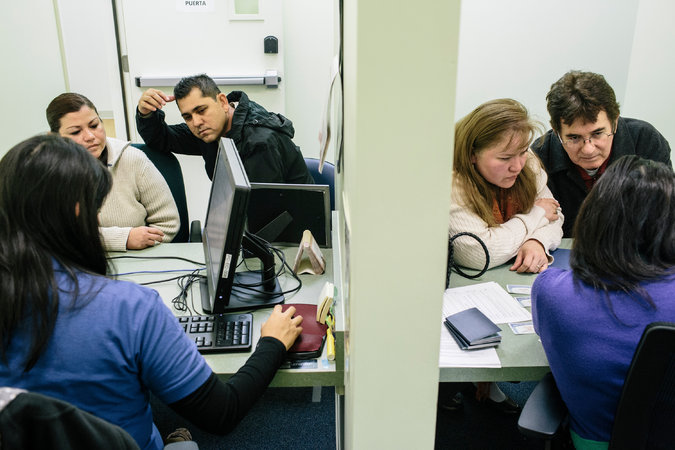 Ever since passage of the Affordable Care Act, a fierce debate has been waged over whether the law would work as advertised. While advocates promised that the design of new insurance markets would transform the way consumers buy health insurance, critics warned that the new market would never succeed. Reed Abelson and Margot Sanger-Katz have had front-row seats to the debate, and the two reporters took a few minutes to discuss when — and if — the market would stabilize.

Margot: It’s been a few weeks of bad news about the Obamacare marketplaces. On Friday, we learned that UnitedHealth has decided to pull out of Obamacare marketplaces in two states. The week before, the Blue Cross and Blue Shield Association put out a paper offering not-too-subtle hints that some members were losing money. Reed, you wrote recently about how surprising stasis in the employer insurance market means we can look forward to much smaller Obamacare marketplaces than most people expected when the health law passed. And the parade of struggling start-up insurer companies has extended to Maine’s Community Health Options, one of the co-ops that had long been held up as one of the most successful. Health insurers need to submit their rates to regulators in the next few weeks — or decide to exit markets. Should we be worried about a health insurance apocalypse?

Reed: I think people have a tendency to catastrophize, especially when it comes to Obamacare. UnitedHealth, which is one of the nation’s largest health insurers, has only reluctantly embraced the new market, and the company is always held up as an example of why the sky is falling and why Obamacare is going to crash and burn: If United can’t make it, no one can.

United has only a small fraction of the individual market, but some of the Blues are also struggling. What is most troubling is the fact that many insurers are losing money. You may not sympathize much with the insurance companies — and no one does — but they have to make enough money to pay claims. Do you think those losses are temporary — or a sign that the market is fundamentally unstable and potentially unsustainable?

Margot: I think some of both. It seems clear that some insurers just made pricing mistakes. I’d include a lot of the nonprofit co-op plans that have gone belly up in that category. United may fall in that category, too, in some places. That doesn’t seem to me like a permanent problem. If everyone priced too low, they can just raise their prices in future years, and it’ll be O.K. That’s not great for middle-class people who pay their own premiums, but most people in the exchanges won’t notice a difference because of the way the subsidies work.

These markets also turned out to be more complicated than some insurers expected. Some regulatory choices didn’t go their way. And it does look as if more customers than you might expect are staying enrolled in plans for only part of the year, which makes it hard for the insurers to collect premiums. But I think they’ll probably figure it out.

Reed: But isn’t it a vicious cycle? The big players won’t stay in markets unless they can attract enough customers to make it worth their while. Those who say Obamacare is doomed argue that the premiums are just too high for people who don’t qualify for a subsidy. If you are insured and relatively healthy, you may not feel as if the coverage is a good deal. The deductibles are steep, meaning you end up paying for a lot of your care before you see the first dollar of coverage, and you can’t always see your choice of doctor.

The result is that the market could be too small and therefore too volatile to attract mainstream insurers like United.

How do you solve that?

Margot: Well, it seems clear that you need some competition in every market to keep prices low. But maybe we don’t need the big carriers to play everywhere. As you noted, United barely showed up in the exchanges in the first place, and customers in most markets still have a lot of choices. The Medicaid-managed care plans seem to be having some success in this market, so maybe they will be a big part of the exchange mix.

I also think it’s worth looking at the states where things are going well and the insurers are making money: California, Vermont, Washington. Those state exchanges made some different regulatory choices early on that got more people into the new markets right away, so their markets stabilized more quickly.

Reed: You’re right that you may not need the established players for the market to work. The market may not look the way we thought it would, with the same insurers and same characteristics as the employer market. But one of the reasons insurers are leaving is because of the market’s instability. There’s tremendous churn in this market, with most people switching plans every year to try to find a cheaper alternative.

I’m not sure I know what the business model is for an insurer, if the expectation is that you’re going to keep your customers for only a year. It makes achieving long-term goals like keeping people healthier and focusing on preventive measures much harder because there may be no payoff for the insurer.

Margot: Yes, I think this is one of the contradictions of the Affordable Care Act’s design. The whole idea was that competition between the insurance companies would help to hold down prices, the way it does for, say, electronics or groceries. In order for that system to work, you need people to actually switch plans if their plan starts charging more than the competition. The fact that people are actually switching seems like a sign that this market is functioning as it was designed. But as you point out, all that churn sure makes it hard for an insurer to make money by investing in its customers’ long-term health. But the individual market, pre-Obamacare, also had a lot of churn.

Reed: Yes, there’s always been churn, but the insurers got pretty good at figuring out which people they wanted to insure by turning away the people who were most likely to cost them the most money. They definitely figured out how to make money.

It’s easier to smooth all of this out if you insure more people. Do you think there’s opportunity to see the market increase in size? I know insurers in the early years suffered when some states allowed people to keep their existing plans. Those plans that were grandmothered, as it is called.

Margot: My sense from talking to folks in the industry is that the grandmothered plans really wrecked their early calculations. The Obama administration, responding to a political freakout about people whose plans were getting canceled in 2014, let states keep them for a few more years. The result was that healthy people tended to hold onto their old, cheaper plans, while sick people went to the exchanges. You can see how that might make the exchange market unprofitable for new entrants.

I do think the market size is a bit of a chicken-or-egg question. Your story last week on stability in the employer market did such a good job of laying this out. Everyone (including the Congressional Budget Office) expected that employers would start dropping coverage once the marketplaces were up and running. That didn’t happen. It means that Obamacare has been much less disruptive to the status quo than many people thought. But it also means that the exchange markets are smaller and probably more expensive than people thought, too. If prices keep going up, maybe they’ll never grow much. It certainly seems like everyone is cutting down their long-term estimates for exchange enrollment.

Reed: The other possibility would be to expand the pool of people who qualify for subsidies. Is that a political nonstarter?