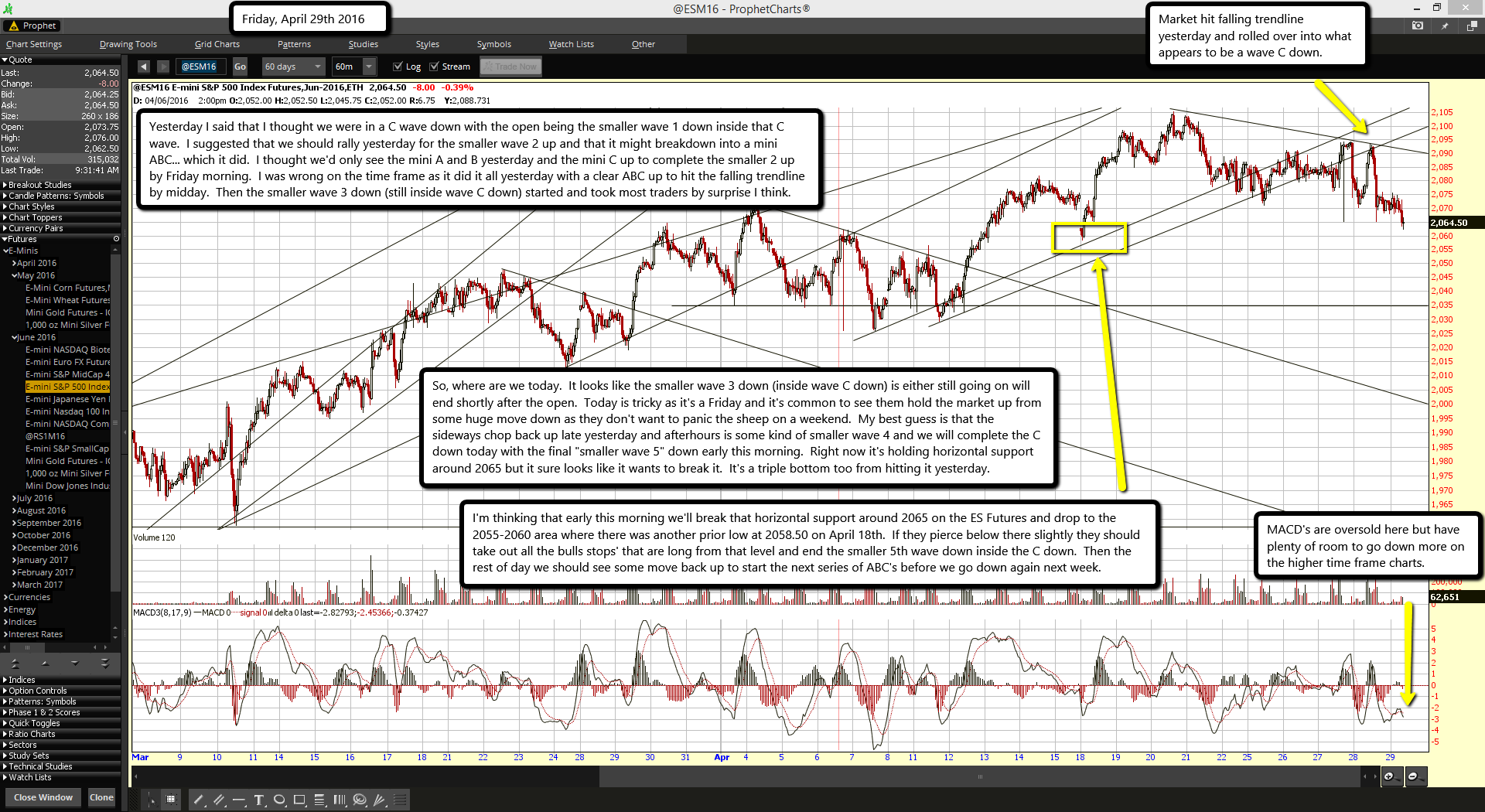 Market hit falling trendline yesterday and rolled over into what appears to be a wave C down.

MACD's are oversold here but have plenty of room to go down more on the higher time frame charts.

Yesterday I said that I thought we were in a C wave down with the open being the smaller wave 1 down inside that C wave.  I suggested that we should rally yesterday for the smaller wave 2 up and that it might breakdown into a mini ABC... which it did.  I thought we'd only see the mini A and B yesterday and the mini C up to complete the smaller 2 up by Friday morning.  I was wrong on the time frame as it did it all yesterday with a clear ABC up to hit the falling trendline by midday.  Then the smaller wave 3 down (still inside wave C down) started and took most traders by surprise I think.

So, where are we today.  It looks like the smaller wave 3 down (inside wave C down) is either still going on will end shortly after the open.  Today is tricky as it's a Friday and it's common to see them hold the market up from some huge move down as they don't want to panic the sheep on a weekend.  My best guess is that the sideways chop back up late yesterday and afterhours is some kind of smaller wave 4 and we will complete the C down today with the final "smaller wave 5" down early this morning.  Right now it's holding horizontal support around 2065 but it sure looks like it wants to break it.  It's a triple bottom too from hitting it yesterday.

I'm thinking that early this morning we'll break that horizontal support around 2065 on the ES Futures and drop to the 2055-2060 area where there was another prior low at 2058.50 on April 18th.  If they pierce below there slightly they should take out all the bulls stops' that are long from that level and end the smaller 5th wave down inside the C down.  Then the rest of day we should see some move back up to start the next series of ABC's before we go down again next week.