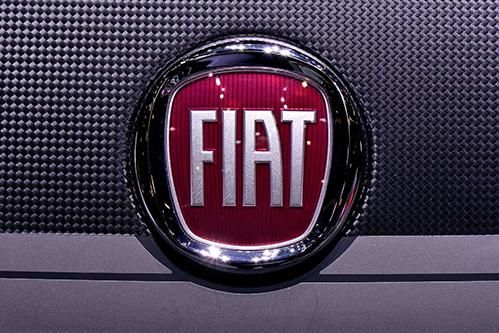 German newspaper Bild am Sonntag on Sunday reported that testing of a Fiat model showed the emission control system shut down after 22 minutes — two minutes after the end of a standard test.(Photo: Harold Cunningham / Getty Images)

German newspaper Bild am Sonntag on Sunday reported that testing of a Fiat model showed the emission control system shut down after 22 minutes — two minutes after the end of a standard test. Without the system, the vehicle, according to the report, released more than 10 times the permitted level of nitrogen oxide.

A Fiat Chrysler spokesman referred questions to a Feb. 2 statement that all of the company’s vehicles “do not have a mechanism to either detect that they are undergoing a bench test in a laboratory or to activate a function to operate emission controls only under laboratory testing.”

Fiat Chrysler shares on the New York Stock Exchange at about 1 p.m. were trading down 4.7 percent at $6.71 per share.

The report out of Germany follows a report from Bloomberg on Friday that the dispute between Fiat Chrysler and German regulators came to a forefront when the company “refused to meet with German Transport Minister Alexander Dobrindt to discuss findings of an emissions probe.”

Italian Minister of Infrastructure and Transport Graziano Delrio, according to a recent statement on the organization’s website, sent a letter to Dobrindt saying there would be “full and complete availability on the part of the manufacturer FCA, whose vehicles are homologated in Italy, to provide all necessary information on its emission control strategies to the competent authority.”

The Italian ministry confirmed that the dialog has to take place between the two countries, but not involve Fiat Chrysler. Under European Union rules, Italy is responsible for testing Fiat cars because the automaker’s regional operations are centered in the country.

The claims about Fiat Chrysler follow Volkswagen AG’s admission in September that it rigged software on diesel engines to pass emissions tests. U.S. regulators found the German automaker had installed the defeat devices on more than 550,000 diesel vehicles.

Mitsubishi Motors Corp. last month also acknowledged last month that it had intentionally lied about fuel economy data for some of its models since 1991, following an internal investigation.