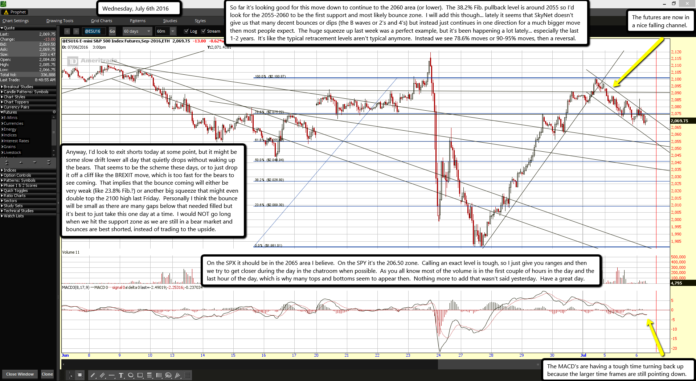 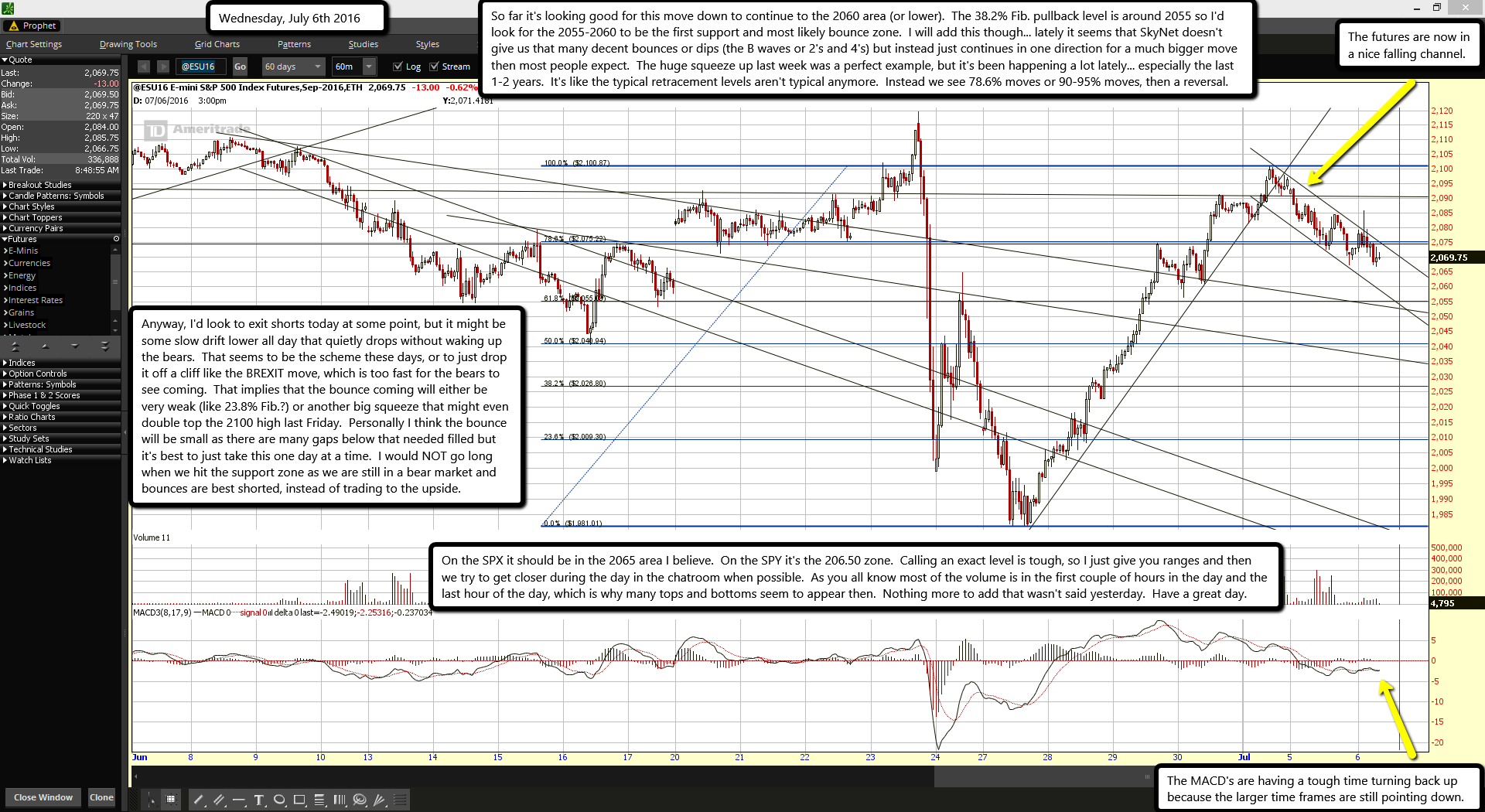 The futures are now in a nice falling channel.

The MACD's are having a tough time turning back up because the larger time frames are still pointing down.

So far it's looking good for this move down to continue to the 2060 area (or lower).  The 38.2% Fib. pullback level is around 2055 so I'd look for the 2055-2060 to be the first support and most likely bounce zone.  I will add this though... lately it seems that SkyNet doesn't give us that many decent bounces or dips (the B waves or 2's and 4's) but instead just continues in one direction for a much bigger move then most people expect.  The huge squeeze up last week was a perfect example, but it's been happening a lot lately... especially the last 1-2 years.  It's like the typical retracement levels aren't typical anymore.  Instead we see 78.6% moves or 90-95% moves, then a reversal.

Anyway, I'd look to exit shorts today at some point, but it might be some slow drift lower all day that quietly drops without waking up the bears.  That seems to be the scheme these days, or to just drop it off a cliff like the BREXIT move, which is too fast for the bears to see coming.  That implies that the bounce coming will either be very weak (like 23.8% Fib.?) or another big squeeze that might even double top the 2100 high last Friday.  Personally I think the bounce will be small as there are many gaps below that needed filled but it's best to just take this one day at a time.  I would NOT go long when we hit the support zone as we are still in a bear market and bounces are best shorted, instead of trading to the upside.

On the SPX it should be in the 2065 area I believe.  On the SPY it's the 206.50 zone.  Calling an exact level is tough, so I just give you ranges and then we try to get closer during the day in the chatroom when possible.  As you all know most of the volume is in the first couple of hours in the day and the last hour of the day, which is why many tops and bottoms seem to appear then.  Nothing more to add that wasn't said yesterday.  Have a great day.