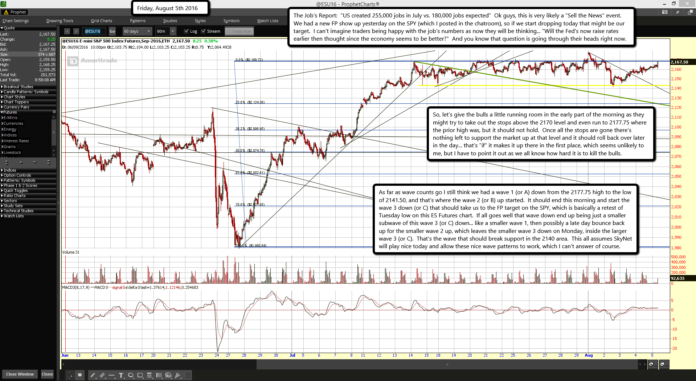 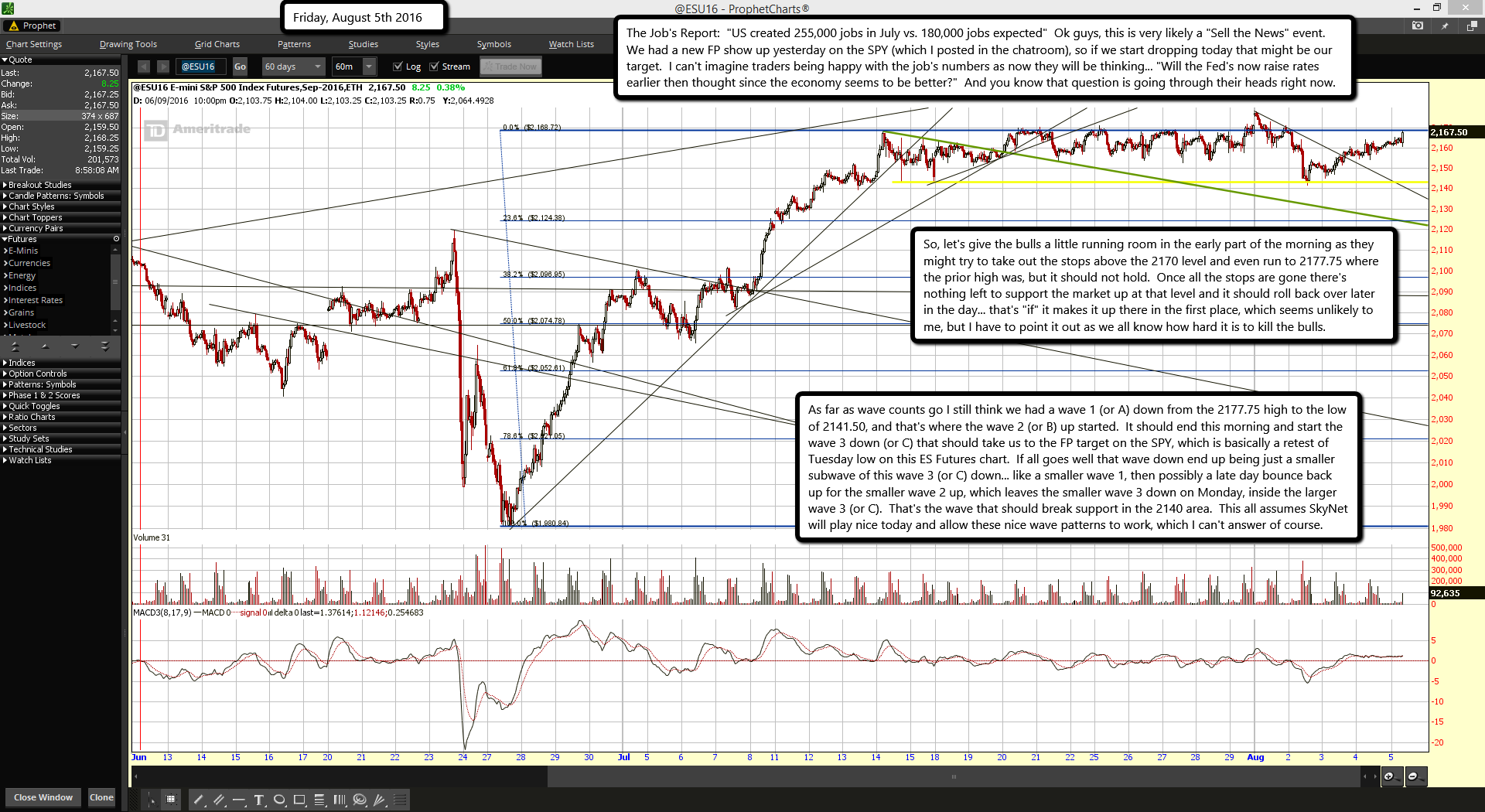 The Job's Report:  "US created 255,000 jobs in July vs. 180,000 jobs expected"  Ok guys, this is very likely a "Sell the News" event.  We had a new FP show up yesterday on the SPY (which I posted in the chatroom), so if we start dropping today that might be our target.  I can't imagine traders being happy with the job's numbers as now they will be thinking... "Will the Fed's now raise rates earlier then thought since the economy seems to be better?"  And you know that question is going through their heads right now.

So, let's give the bulls a little running room in the early part of the morning as they might try to take out the stops above the 2170 level and even run to 2177.75 where the prior high was, but it should not hold.  Once all the stops are gone there's nothing left to support the market up at that level and it should roll back over later in the day... that's "if" it makes it up there in the first place, which seems unlikely to me, but I have to point it out as we all know how hard it is to kill the bulls.

As far as wave counts go I still think we had a wave 1 (or A) down from the 2177.75 high to the low of 2141.50, and that's where the wave 2 (or B) up started.  It should end this morning and start the wave 3 down (or C) that should take us to the FP target on the SPY, which is basically a retest of Tuesday low on this ES Futures chart.  If all goes well that wave down end up being just a smaller subwave of this wave 3 (or C) down... like a smaller wave 1, then possibly a late day bounce back up for the smaller wave 2 up, which leaves the smaller wave 3 down on Monday, inside the larger wave 3 (or C).  That's the wave that should break support in the 2140 area.  This all assumes SkyNet will play nice today and allow these nice wave patterns to work, which I can't answer of course.