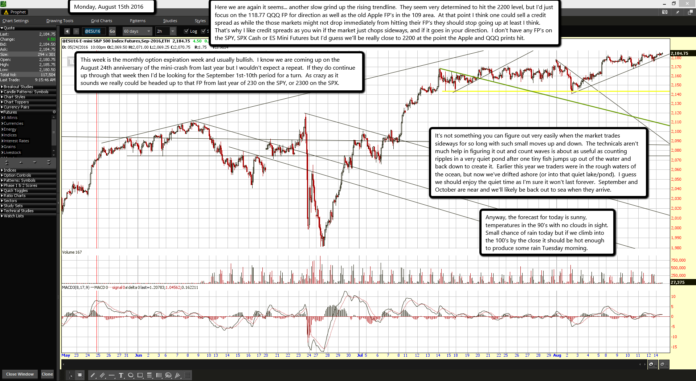 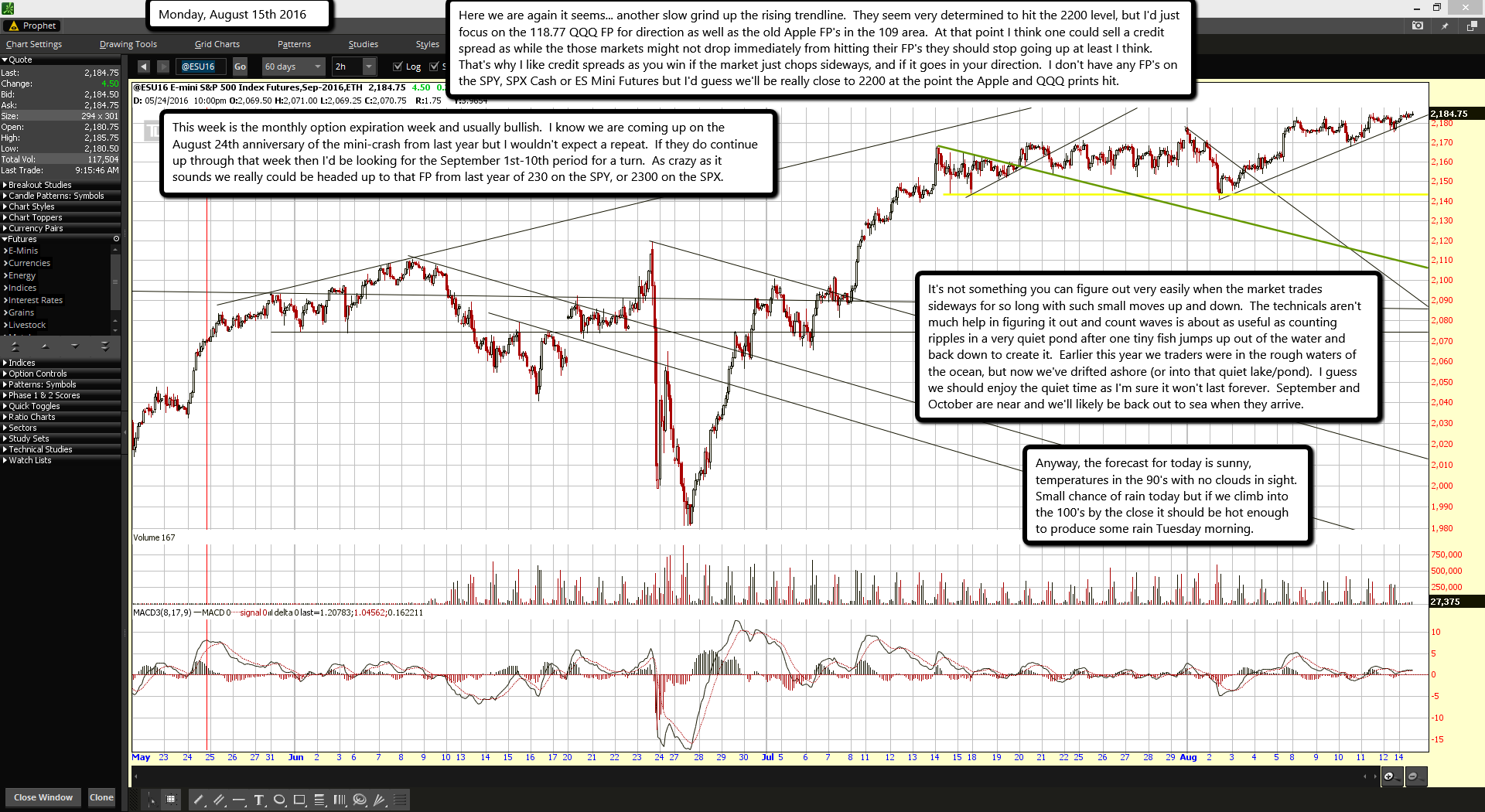 Here we are again it seems... another slow grind up the rising trendline.  They seem very determined to hit the 2200 level, but I'd just focus on the 118.77 QQQ FP for direction as well as the old Apple FP's in the 109 area.  At that point I think one could sell a credit spread as while the those markets might not drop immediately from hitting their FP's they should stop going up at least I think.  That's why I like credit spreads as you win if the market just chops sideways, and if it goes in your direction.  I don't have any FP's on the SPY, SPX Cash or ES Mini Futures but I'd guess we'll be really close to 2200 at the point the Apple and QQQ prints hit.

This week is the monthly option expiration week and usually bullish.  I know we are coming up on the August 24th anniversary of the mini-crash from last year but I wouldn't expect a repeat.  If they do continue up through that week then I'd be looking for the September 1st-10th period for a turn.  As crazy as it sounds we really could be headed up to that FP from last year of 230 on the SPY, or 2300 on the SPX.

It's not something you can figure out very easily when the market trades sideways for so long with such small moves up and down.  The technicals aren't much help in figuring it out and count waves is about as useful as counting ripples in a very quiet pond after one tiny fish jumps up out of the water and back down to create it.  Earlier this year we traders were in the rough waters of the ocean, but now we've drifted ashore (or into that quiet lake/pond).  I guess we should enjoy the quiet time as I'm sure it won't last forever.  September and October are near and we'll likely be back out to sea when they arrive.

Anyway, the forecast for today is sunny, temperatures in the 90's with no clouds in sight.  Small chance of rain today but if we climb into the 100's by the close it should be hot enough to produce some rain Tuesday morning.