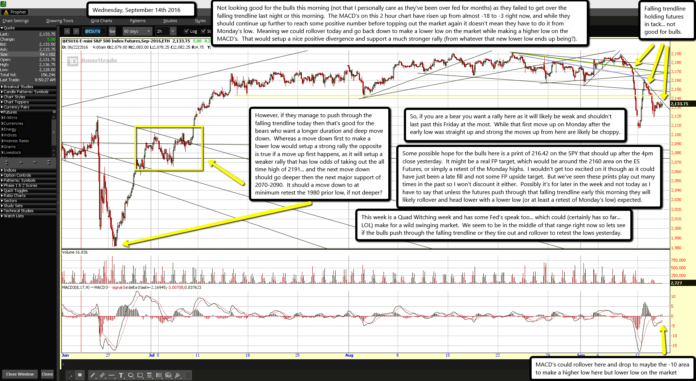 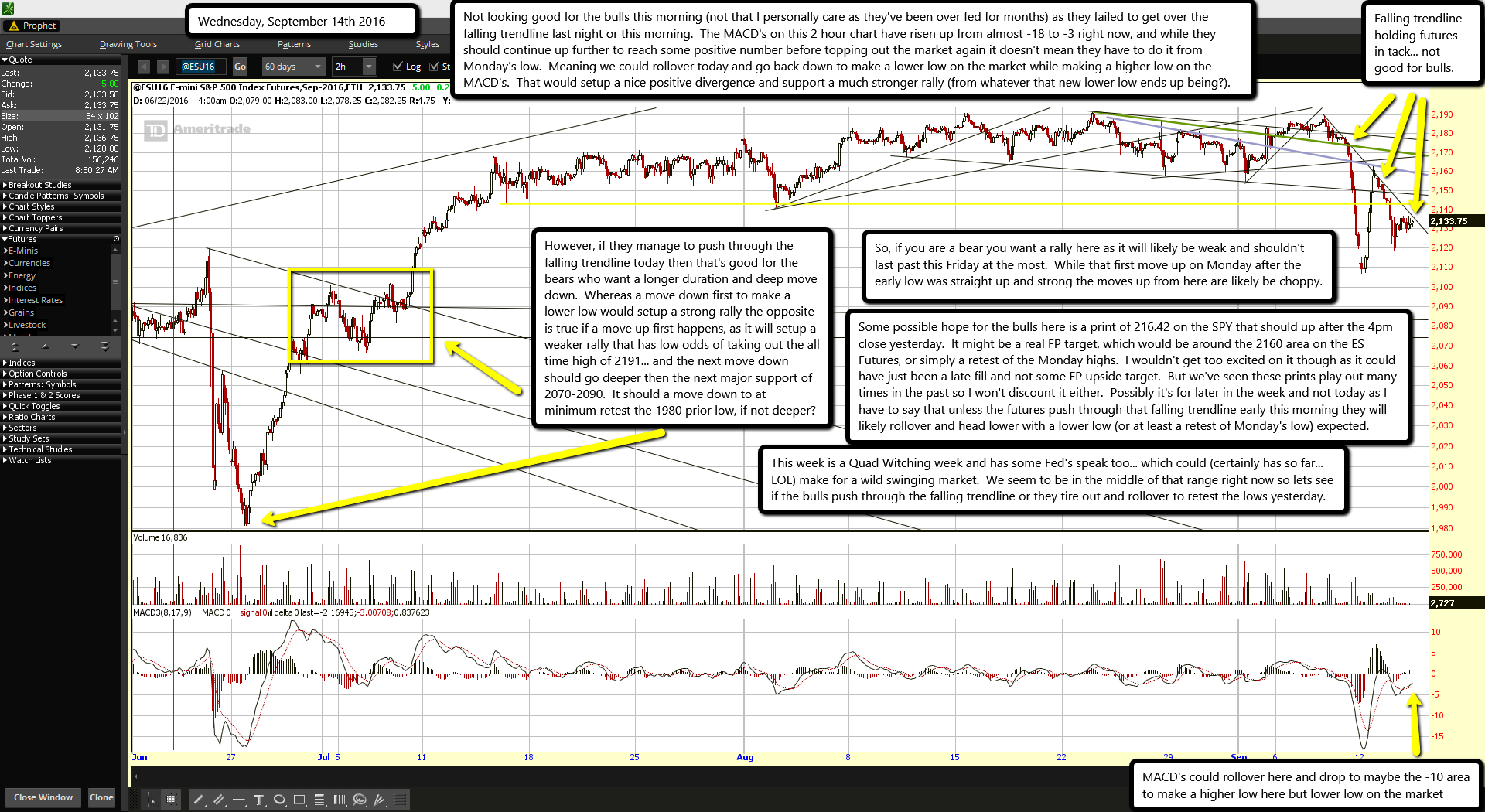 Falling trendline holding futures  in tack... not good for bulls.

Not looking good for the bulls this morning (not that I personally care as they've been over fed for months) as they failed to get over the falling trendline last night or this morning.  The MACD's on this 2 hour chart have risen up from almost -18 to -3 right now, and while they should continue up further to reach some positive number before topping out the market again it doesn't mean they have to do it from Monday's low.  Meaning we could rollover today and go back down to make a lower low on the market while making a higher low on the MACD's.  That would setup a nice positive divergence and support a much stronger rally (from whatever that new lower low ends up being?).

However, if they manage to push through the falling trendline today then that's good for the bears who want a longer duration and deep move down.  Whereas a move down first to make a lower low would setup a strong rally the opposite is true if a move up first happens, as it will setup a weaker rally that has low odds of taking out the all time high of 2191... and the next move down should go deeper then the next major support of 2070-2090.  It should a move down to at minimum retest the 1980 prior low, if not deeper?

So, if you are a bear you want a rally here as it will likely be weak and shouldn't last past this Friday at the most.  While that first move up on Monday after the early low was straight up and strong the moves up from here are likely be choppy.

Some possible hope for the bulls here is a print of 216.42 on the SPY that should up after the 4pm close yesterday.  It might be a real FP target, which would be around the 2160 area on the ES Futures, or simply a retest of the Monday highs.  I wouldn't get too excited on it though as it could have just been a late fill and not some FP upside target.  But we've seen these prints play out many times in the past so I won't discount it either.  Possibly it's for later in the week and not today as I have to say that unless the futures push through that falling trendline early this morning they will likely rollover and head lower with a lower low (or at least a retest of Monday's low) expected.

This week is a Quad Witching week and has some Fed's speak too... which could (certainly has so far... LOL) make for a wild swinging market.  We seem to be in the middle of that range right now so lets see if the bulls push through the falling trendline or they tire out and rollover to retest the lows yesterday.