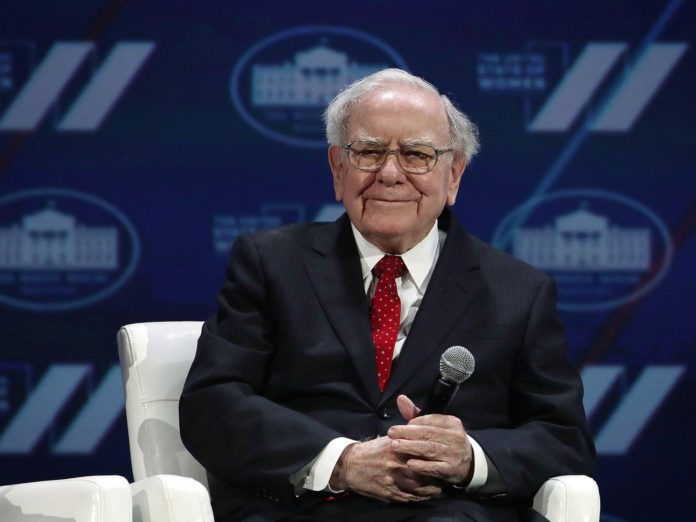 Warren Buffett is waiting until after the election to weigh in on Wells Fargo.

Buffett told Fox Business' Liz Claman that he will not comment on the bank's scandal until November. Buffett is the largest shareholder of Wells Fargo and recently petitioned the Federal Reserve to increase his ownership stake above 10%.

"If I start commenting on that or anything else, it will lead down too many paths so I will wait until November to speak about it, the election or any other subject," Buffett told Claman.

Wells Fargo recently settled with regulators for $185 million after it came to light that employees had opened around 2 million accounts without the knowledge of customers. About 5,300 of the bank's employees were fired as a result of the scandal.

This has led to a Senate hearing and calls for the resignation of CEO John Stumpf, most notably by Sen. Elizabeth Warren.

Despite the growing scandal, Buffett will remain silent for now.

Wells Fargo has one heck of a scandal on its hands 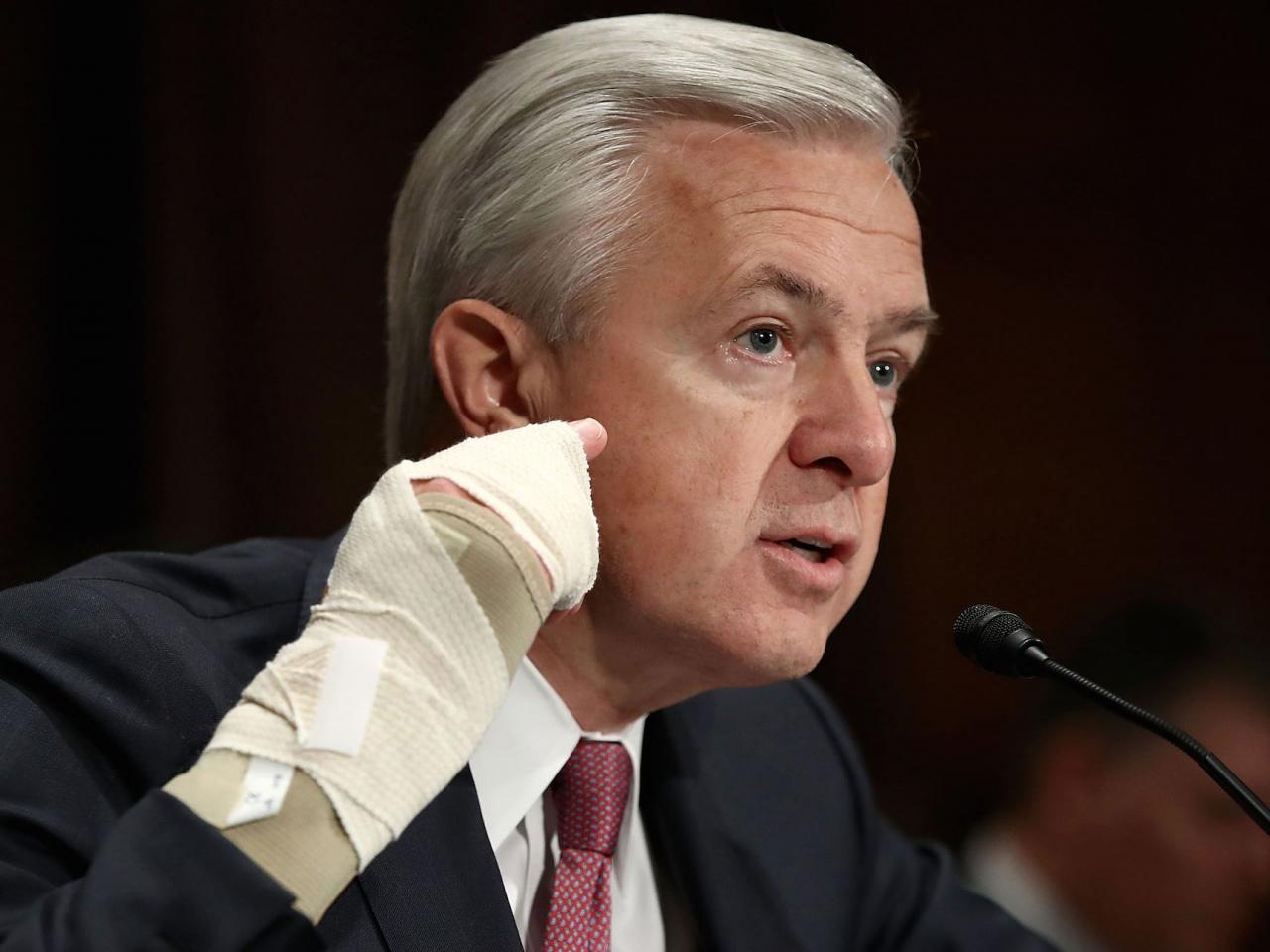 Stumpf was constantly taken to task by senators, both Democratic and Republican, for the scandal in which Wells Fargo employees opened roughly 2 million checking and credit accounts without customers' knowledge.

During the financial crisis, Wells Fargo was generally thought of as the bank that got off looking the cleanest.

The bank had few bad loans, as it managed to maintain comparatively strong lending standards that kept it out of the worst of the crisis and allowed it to acquire the troubled Wachovia.

In 2016, however, Wells Fargo and CEO John Stumpf find themselves in the middle of the perfect storm of Wall Street scandals. After Tuesday's Senate hearing, it has become clear that with an easy-to-understand issue, a political firestorm, and missteps by the bank that exemplify Americans' worst notions of Wall Street, everything that could go wrong for Wells Fargo did.

It's an easy-to-understand scandal

Since the financial crisis, which focused America's microscope squarely on Wall Street, there have been a number of scandals, but Wells Fargo's is different. For Wells, the transgressions are simple, and its an easy line for Americans to draw directly to their own financial situations.

For instance, it may be hard for people without a reasonably intimate knowledge of the financial system to understand JPMorgan's "London Whale" trading scandal in 2012 or the Barclays Libor-rigging scandal in 2014. Even the most popular explainer in recent years of the financial crisis — "The Big Short" — had to employ non sequiturs with celebrities explaining ideas like mortgage-backed securities and credit default swaps to communicate how it happened.

On the other hand, Wells Fargo's scandal deals with checking accounts and credit cards — financial instruments that nearly every American has. When people understand how the scandal affects them, it makes them less likely to ignore the problem.

Millions of people in the US have had to get a credit check for a mortgage, so when senators suggest that Wells Fargo employees opening and closing a credit card without a customer's knowledge may affect a credit score and lead to a higher interest rate, it's simple to understand the direct ramification.

It's a Main Street scandal with a Wall Street face.

Caught in the middle of politics

Not only is the Wells Fargo scandal easy to grasp for the average American — it's a slam-dunk issue for politicians as well.

In an election season marked by increasing partisanship, it was certainly an odd sight to see senators from both sides of the aisle agreeing with colleagues from the other party and attacking Stumpf relentlessly.

Democrats like Elizabeth Warren, who called for Stumpf to be criminally investigated, and Republicans like Richard Shelby, who said that the bank has seriously broken the public's trust, both seemed to be in agreement (to varying degrees) that there was significant wrongdoing at Wells.

Senators also spent a significant amount of time reading letters from constituents about the effects of the scandal on their own lives, which not only looks bad for Stumpf and Wells Fargo, but also allows the politicians an easy opportunity to prove that they are working for the people who elect them.

So you have an easy case for politicians from both parties to look tough and bipartisan, and as though they're working for their constituents. Given all of these dynamics, it's simple to see why Stumpf was so thoroughly raked through the coals.

Stumpf also has a difficult task before him: showing that he is accountable without bearing the brunt of the blame.

Essentially, Stumpf's argument is that he accepts responsibility for the scandal, but that senior executives did not create a culture that encouraged the type of behavior that led to employees opening 2 million false accounts.

Part of Wells Fargo's success over the years has been its ability to get existing customers to sign up for new products — a practice called cross-selling. Stumpf has long lauded cross-selling as a reason the bank had been so successful (as Warren brutally pointed out by reading transcripts of earnings calls in which Stumpf touted the tactic).

Included in this cross-selling, however, were incentives for lower-level employees to sign people up for new products. Throughout the hearings, senators described a "pressure cooker" environment in which employees were forced to meet sales targets or face discipline.

Stumpf has said that the culture was not to blame and that employees were not pushed to oversell, but the bank also suspended these incentives for employees following its $185 million settlement with regulators. 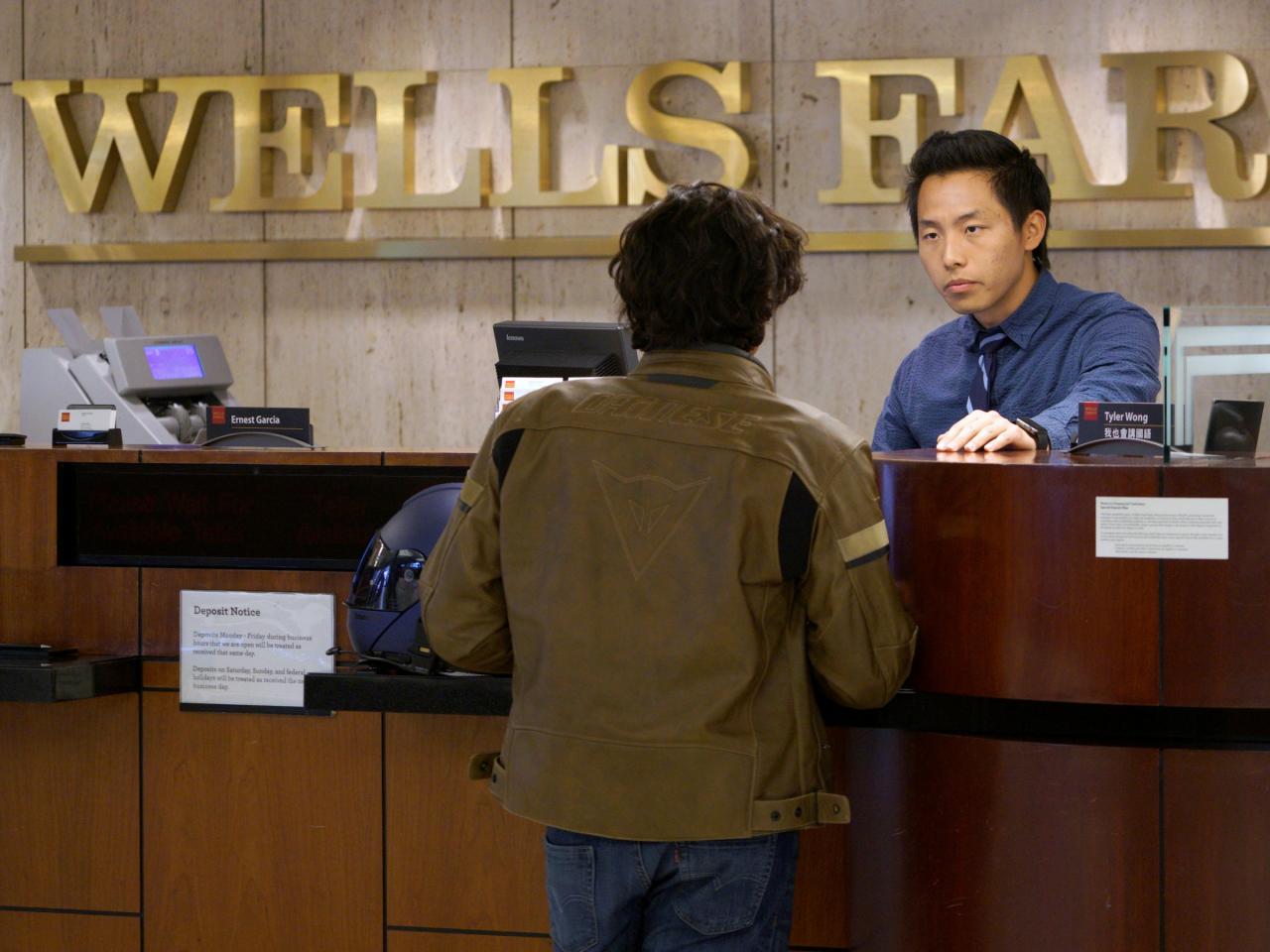 It's a tough line to walk, especially while testifying for hours at a time, and Stumpf certainly stumbled a few times, saying that the actions weren't "random." It also opened Stumpf up to tough lines of attack from senators — that he was laying the blame on struggling employees who were trying to make aggressive sales targets to get by.

Thus Stumpf has to defend the bank's overall culture while explaining how over 5,000 employees violated that culture over multiple years.

By having to accept responsibility while not implicating himself directly, Stumpf has created a nearly impossible situation.

Finally, Wells and Stumpf have to defend the entire pay structure of Wall Street.

Carrie Tolstedt, the head of the community banking division, was the executive directly responsible for overseeing the retail banking sector of the company, where the fake accounts were created.

In July, Tolstedt retired from Wells Fargo, holding roughly $96.6 million in various stock awards. Numerous times during the testimony on Tuesday, Stumpf was asked why Tolstedt wasn't fired and whether the bank would use its clawback provision to take back some of that compensation.

To be fair, stock-based compensation isn't new — and it's used in many industries like banking, tech, and media — so it's not as if how Tolstedt was paid is out of the ordinary. Additionally, the level of compensation is in line with the ordinary for a senior banking executive.

But in an environment in which income inequality is becoming an important issue, and when Stumpf talks about the 5,300 employees who were fired from "good-paying jobs" were making $37,000 to $60,000 a year, the size of Tolstedt's compensation raises eyebrows.

It looks terrible for the bank, and, as Warren said, it appears to her as though "a giant bank cheats the little guys, and the executives line their own pockets." Even if the stock-based compensation is a standard for many industries, the compensation is a public relations nightmare and another headache for a bank that already has plenty of them.

So you've got an easy-to-understand scandal that directly affected hundred of thousands of Americans, a slam-dunk political target in an election season, and a poster child for frustration about Wall Street's pay.