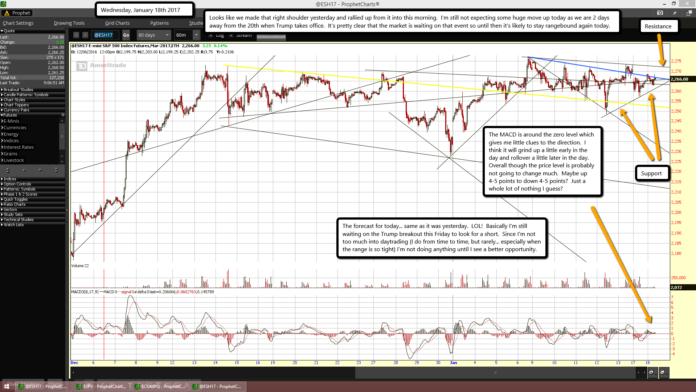 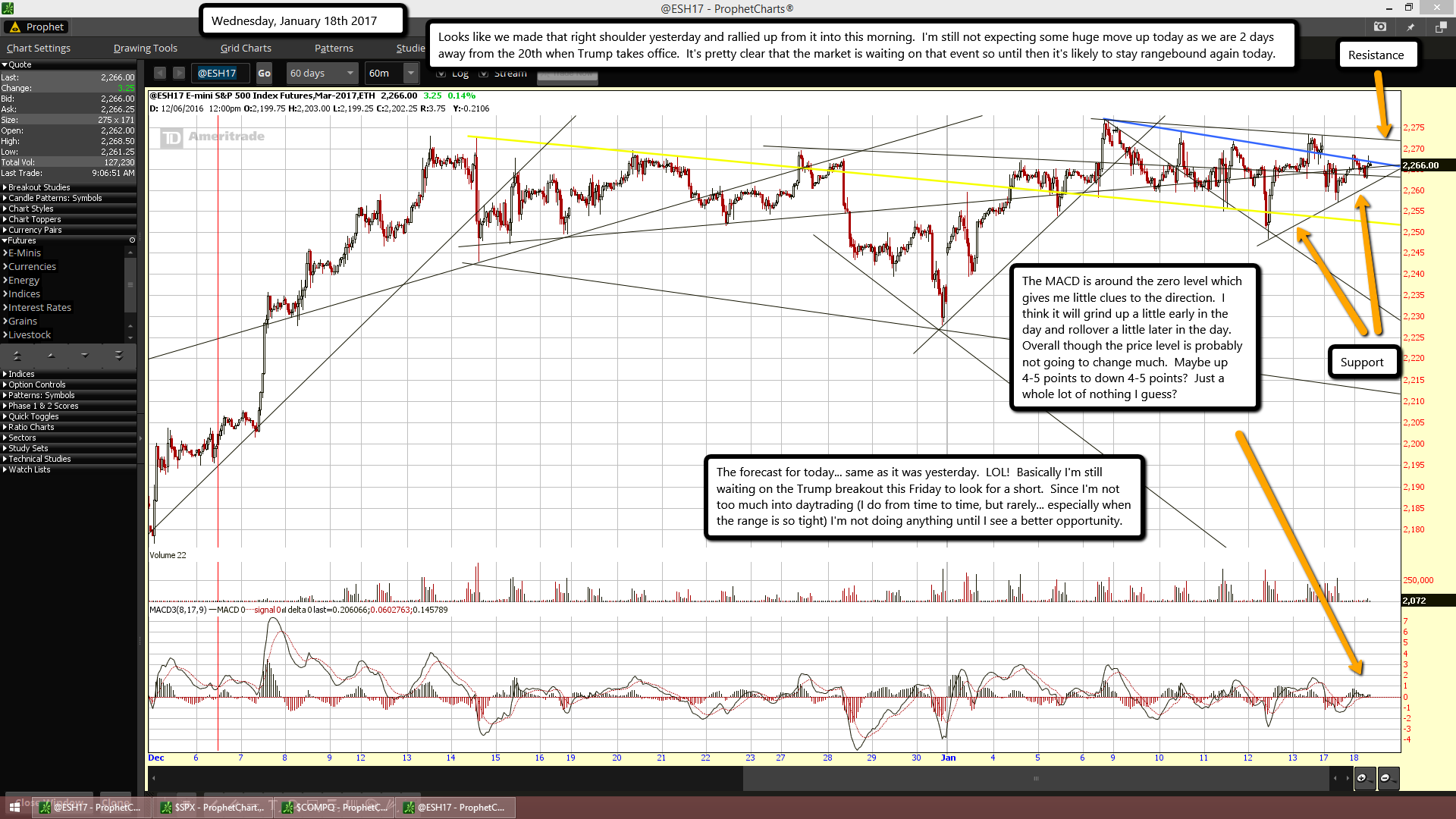 Looks like we made that right shoulder yesterday and rallied up from it into this morning.  I'm still not expecting some huge move up today as we are 2 days away from the 20th when Trump takes office.  It's pretty clear that the market is waiting on that event so until then it's likely to stay rangebound again today.

The MACD is around the zero level which gives me little clues to the direction.  I think it will grind up a little early in the day and rollover a little later in the day.  Overall though the price level is probably not going to change much.  Maybe up 4-5 points to down 4-5 points?  Just a whole lot of nothing I guess?

The forecast for today... same as it was yesterday.  LOL!  Basically I'm still waiting on the Trump breakout this Friday to look for a short.  Since I'm not too much into daytrading (I do from time to time, but rarely... especially when the range is so tight) I'm not doing anything until I see a better opportunity.