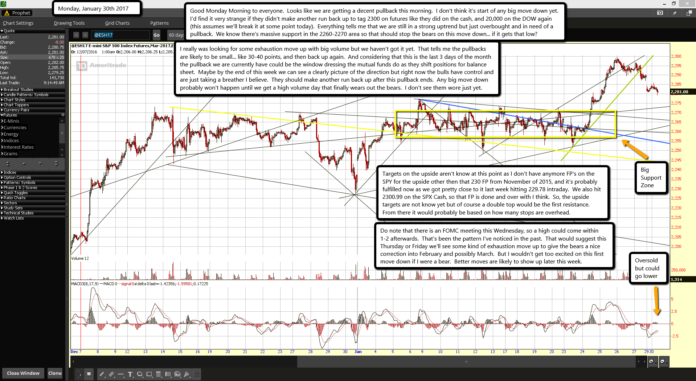 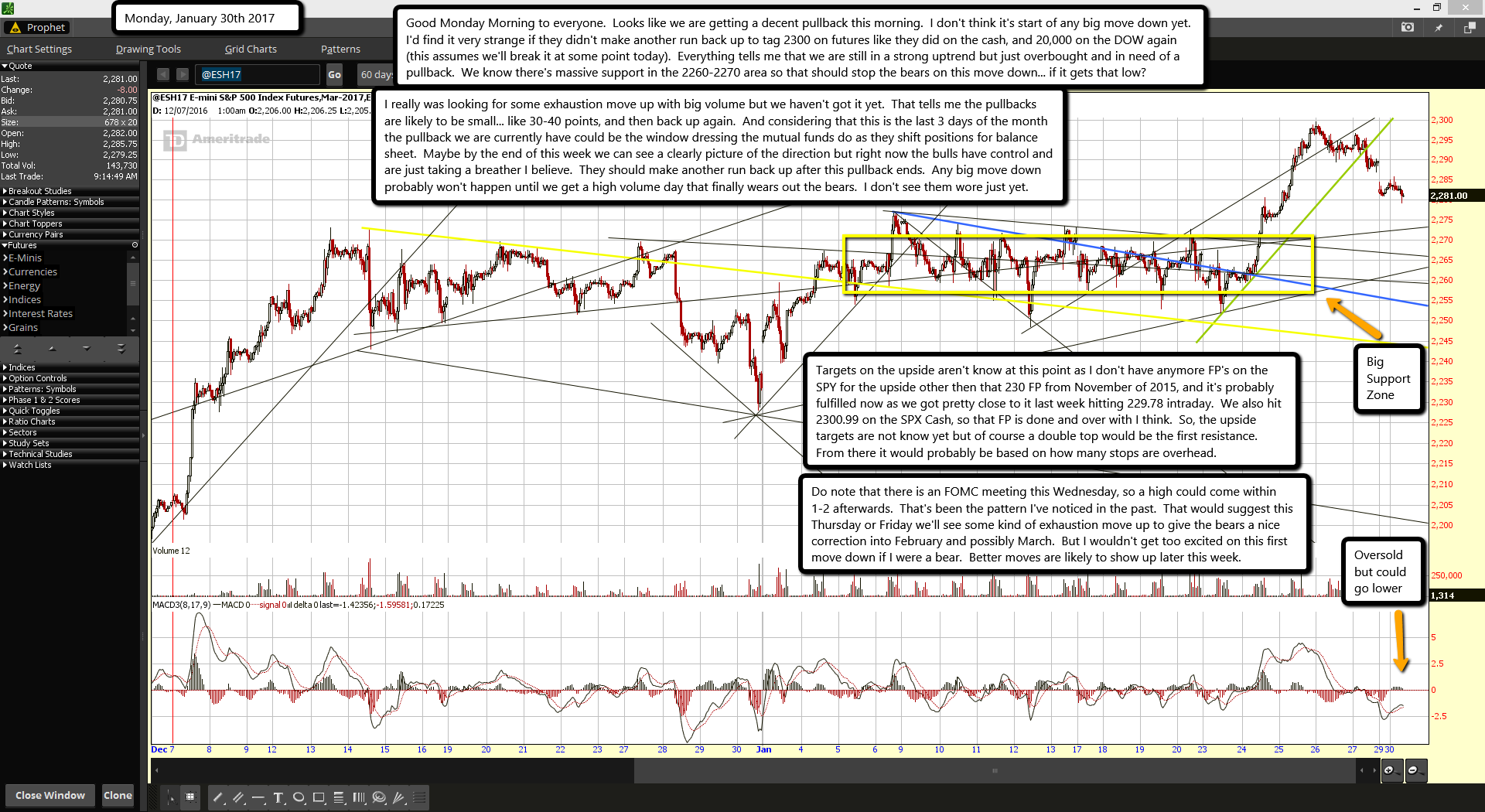 Good Monday Morning to everyone.  Looks like we are getting a decent pullback this morning.  I don't think it's start of any big move down yet.  I'd find it very strange if they didn't make another run back up to tag 2300 on futures like they did on the cash, and 20,000 on the DOW again (this assumes we'll break it at some point today).  Everything tells me that we are still in a strong uptrend but just overbought and in need of a pullback.  We know there's massive support in the 2260-2270 area so that should stop the bears on this move down... if it gets that low?

I really was looking for some exhaustion move up with big volume but we haven't got it yet.  That tells me the pullbacks are likely to be small... like 30-40 points, and then back up again.  And considering that this is the last 3 days of the month the pullback we are currently have could be the window dressing the mutual funds do as they shift positions for balance sheet.  Maybe by the end of this week we can see a clearly picture of the direction but right now the bulls have control and are just taking a breather I believe.  They should make another run back up after this pullback ends.  Any big move down probably won't happen until we get a high volume day that finally wears out the bears.  I don't see them wore just yet.

Targets on the upside aren't know at this point as I don't have anymore FP's on the SPY for the upside other then that 230 FP from November of 2015, and it's probably fulfilled now as we got pretty close to it last week hitting 229.78 intraday.  We also hit 2300.99 on the SPX Cash, so that FP is done and over with I think.  So, the upside targets are not know yet but of course a double top would be the first resistance.  From there it would probably be based on how many stops are overhead.

Do note that there is an FOMC meeting this Wednesday, so a high could come within 1-2 afterwards.  That's been the pattern I've noticed in the past.  That would suggest this Thursday or Friday we'll see some kind of exhaustion move up to give the bears a nice correction into February and possibly March.  But I wouldn't get too excited on this first move down if I were a bear.  Better moves are likely to show up later this week.