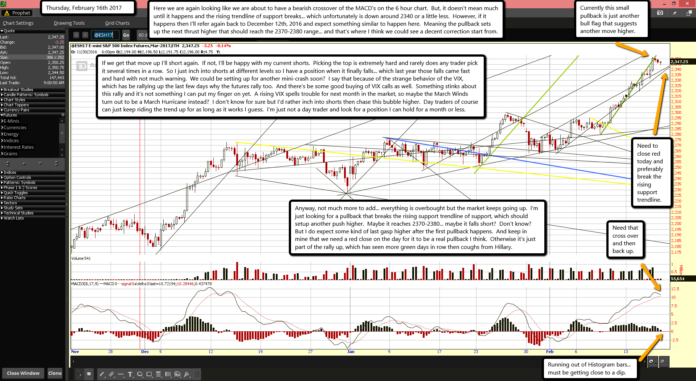 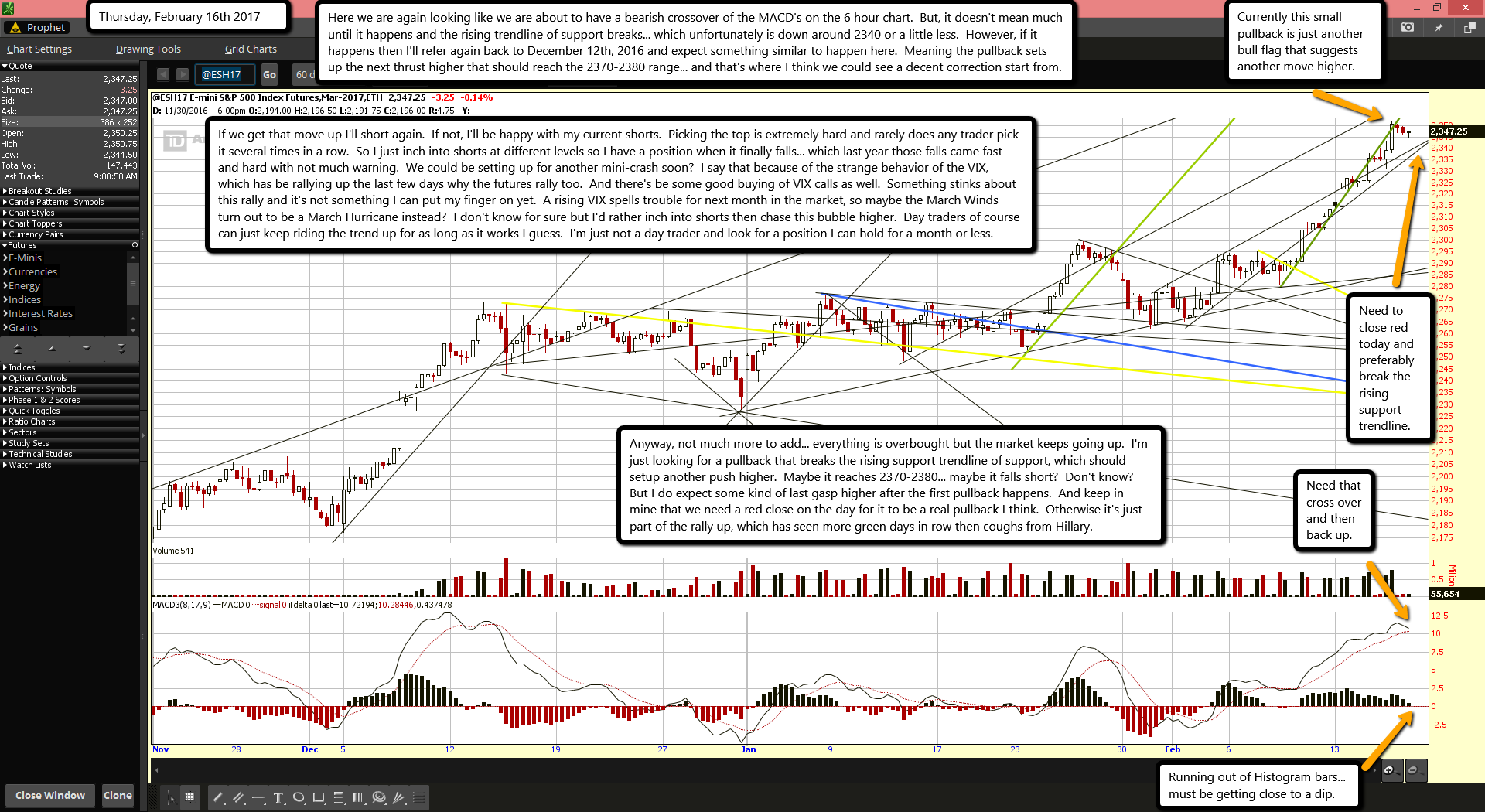 Here we are again looking like we are about to have a bearish crossover of the MACD's on the 6 hour chart.  But, it doesn't mean much until it happens and the rising trendline of support breaks... which unfortunately is down around 2340 or a little less.  However, if it happens then I'll refer again back to December 12th, 2016 and expect something similar to happen here.  Meaning the pullback sets up the next thrust higher that should reach the 2370-2380 range... and that's where I think we could see a decent correction start from.

If we get that move up I'll short again.  If not, I'll be happy with my current shorts.  Picking the top is extremely hard and rarely does any trader pick it several times in a row.  So I just inch into shorts at different levels so I have a position when it finally falls... which last year those falls came fast and hard with not much warning.  We could be setting up for another mini-crash soon?  I say that because of the strange behavior of the VIX, which has be rallying up the last few days why the futures rally too.  And there's be some good buying of VIX calls as well.  Something stinks about this rally and it's not something I can put my finger on yet.  A rising VIX spells trouble for next month in the market, so maybe the March Winds turn out to be a March Hurricane instead?  I don't know for sure but I'd rather inch into shorts then chase this bubble higher.  Day traders of course can just keep riding the trend up for as long as it works I guess.  I'm just not a day trader and look for a position I can hold for a month or less.

Anyway, not much more to add... everything is overbought but the market keeps going up.  I'm just looking for a pullback that breaks the rising support trendline of support, which should setup another push higher.  Maybe it reaches 2370-2380... maybe it falls short?  Don't know?  But I do expect some kind of last gasp higher after the first pullback happens.  And keep in mine that we need a red close on the day for it to be a real pullback I think.  Otherwise it's just part of the rally up, which has seen more green days in row then coughs from Hillary.