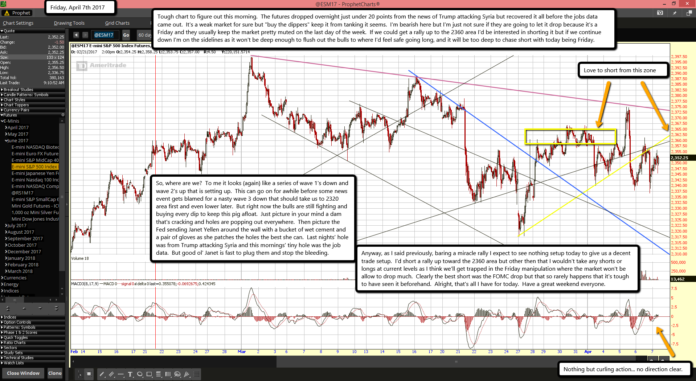 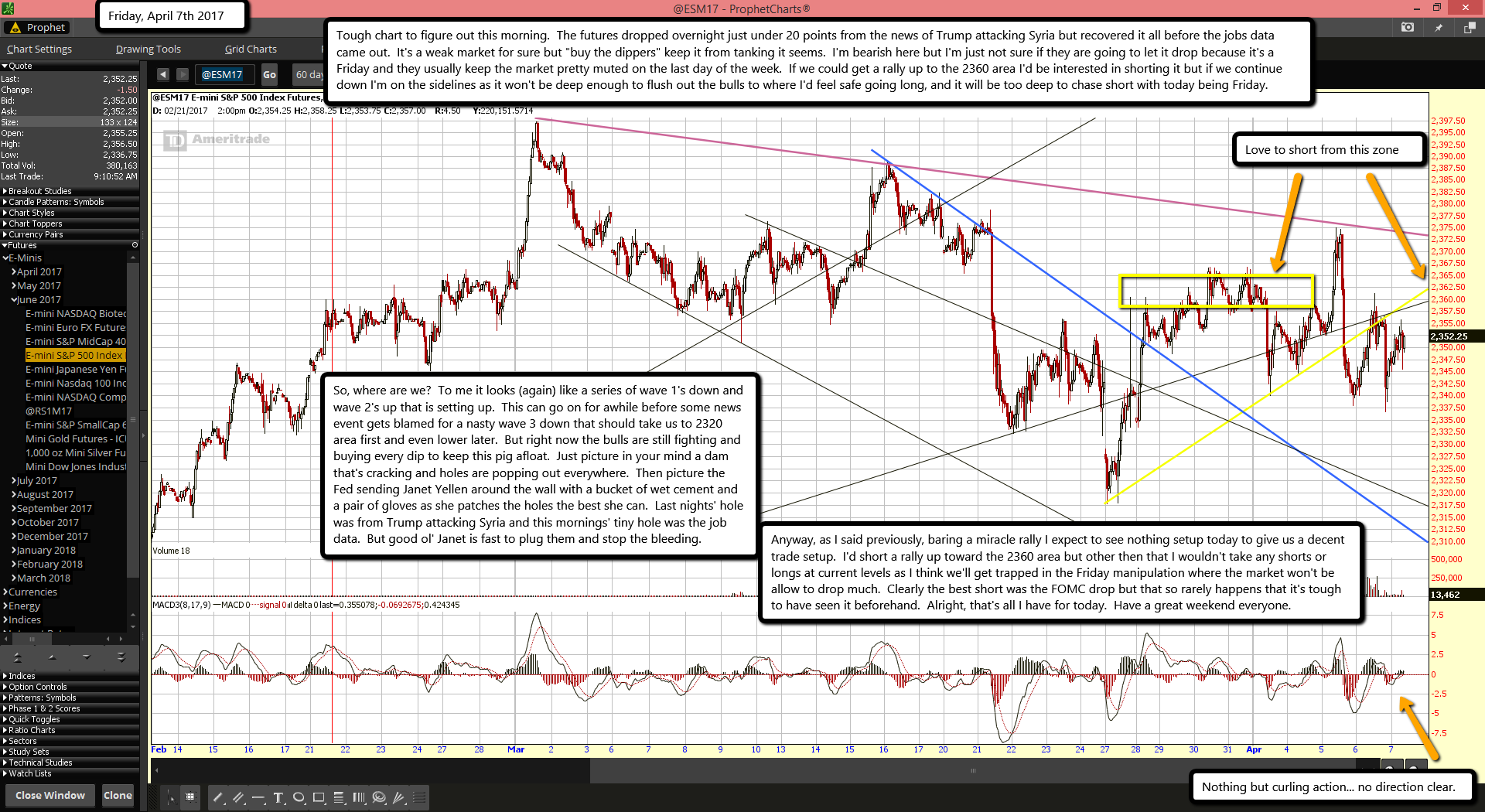 Tough chart to figure out this morning.  The futures dropped overnight just under 20 points from the news of Trump attacking Syria but recovered it all before the jobs data came out.  It's a weak market for sure but "buy the dippers" keep it from tanking it seems.  I'm bearish here but I'm just not sure if they are going to let it drop because it's a Friday and they usually keep the market pretty muted on the last day of the week.  If we could get a rally up to the 2360 area I'd be interested in shorting it but if we continue down I'm on the sidelines as it won't be deep enough to flush out the bulls to where I'd feel safe going long, and it will be too deep to chase short with today being Friday.

So, where are we?  To me it looks (again) like a series of wave 1's down and wave 2's up that is setting up.  This can go on for awhile before some news event gets blamed for a nasty wave 3 down that should take us to 2320 area first and even lower later.  But right now the bulls are still fighting and buying every dip to keep this pig afloat.  Just picture in your mind a dam that's cracking and holes are popping out everywhere.  Then picture the Fed sending Janet Yellen around the wall with a bucket of wet cement and a pair of gloves as she patches the holes the best she can.  Last nights' hole was from Trump attacking Syria and this mornings' tiny hole was the job data.  But good ol' Janet is fast to plug them and stop the bleeding.

Anyway, as I said previously, baring a miracle rally I expect to see nothing setup today to give us a decent trade setup.  I'd short a rally up toward the 2360 area but other then that I wouldn't take any shorts or longs at current levels as I think we'll get trapped in the Friday manipulation where the market won't be allow to drop much.  Clearly the best short was the FOMC drop but that so rarely happens that it's tough to have seen it beforehand.  Alright, that's all I have for today.  Have a great weekend everyone.