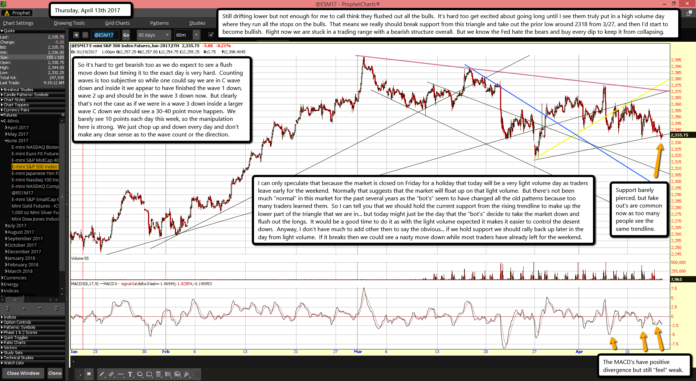 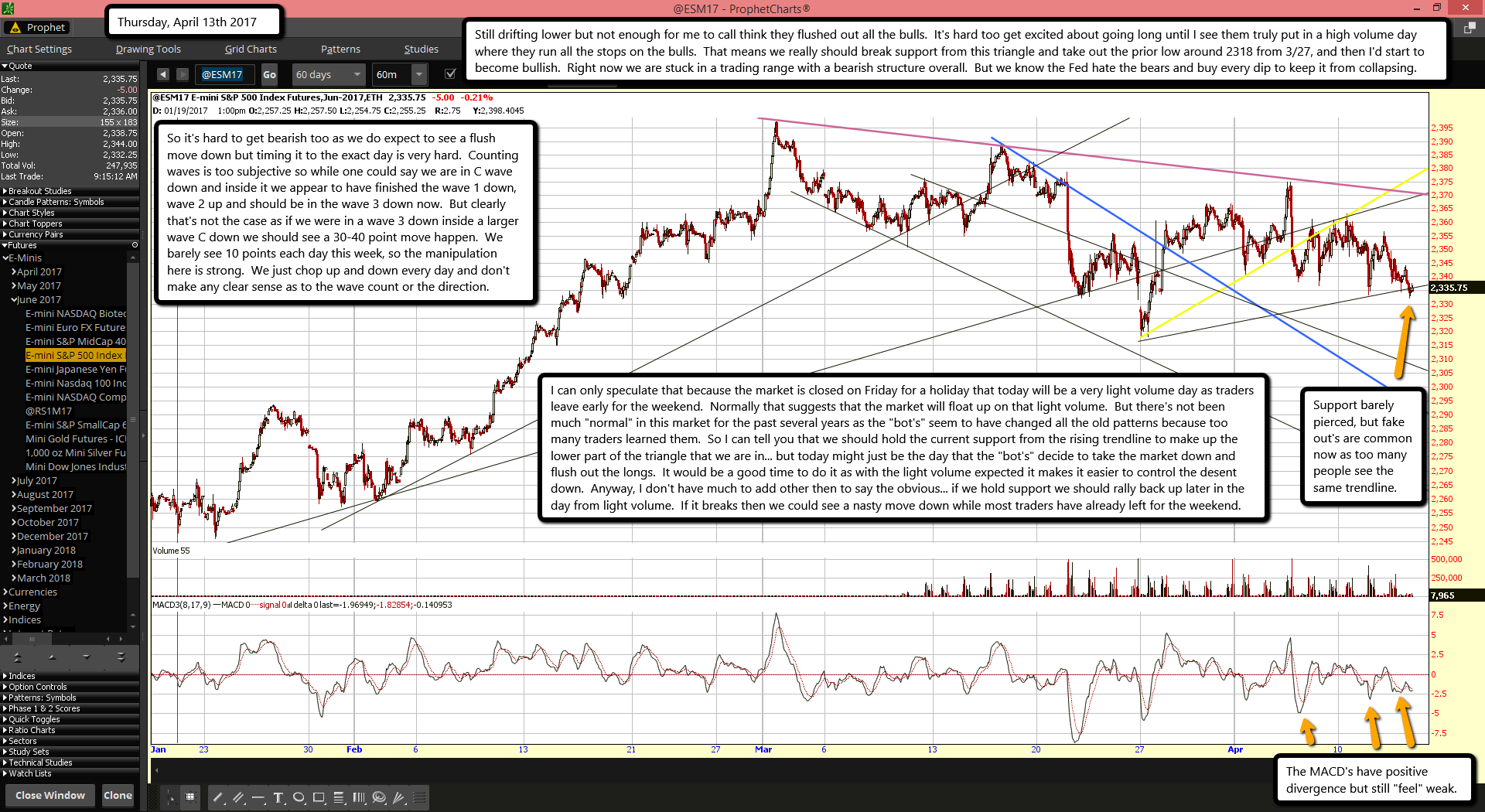 Still drifting lower but not enough for me to call think they flushed out all the bulls.  It's hard too get excited about going long until I see them truly put in a high volume day where they run all the stops on the bulls.  That means we really should break support from this triangle and take out the prior low around 2318 from 3/27, and then I'd start to become bullish.  Right now we are stuck in a trading range with a bearish structure overall.  But we know the Fed hate the bears and buy every dip to keep it from collapsing.

So it's hard to get bearish too as we do expect to see a flush move down but timing it to the exact day is very hard.  Counting waves is too subjective so while one could say we are in C wave down and inside it we appear to have finished the wave 1 down, wave 2 up and should be in the wave 3 down now.  But clearly that's not the case as if we were in a wave 3 down inside a larger wave C down we should see a 30-40 point move happen.  We barely see 10 points each day this week, so the manipulation here is strong.  We just chop up and down every day and don't make any clear sense as to the wave count or the direction.

I can only speculate that because the market is closed on Friday for a holiday that today will be a very light volume day as traders leave early for the weekend.  Normally that suggests that the market will float up on that light volume.  But there's not been much "normal" in this market for the past several years as the "bot's" seem to have changed all the old patterns because too many traders learned them.  So I can tell you that we should hold the current support from the rising trendline to make up the lower part of the triangle that we are in... but today might just be the day that the "bot's" decide to take the market down and flush out the longs.  It would be a good time to do it as with the light volume expected it makes it easier to control the desent down.  Anyway, I don't have much to add other then to say the obvious... if we hold support we should rally back up later in the day from light volume.  If it breaks then we could see a nasty move down while most traders have already left for the weekend.