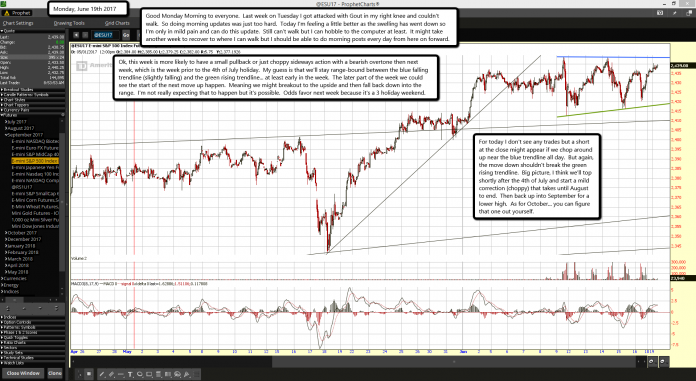 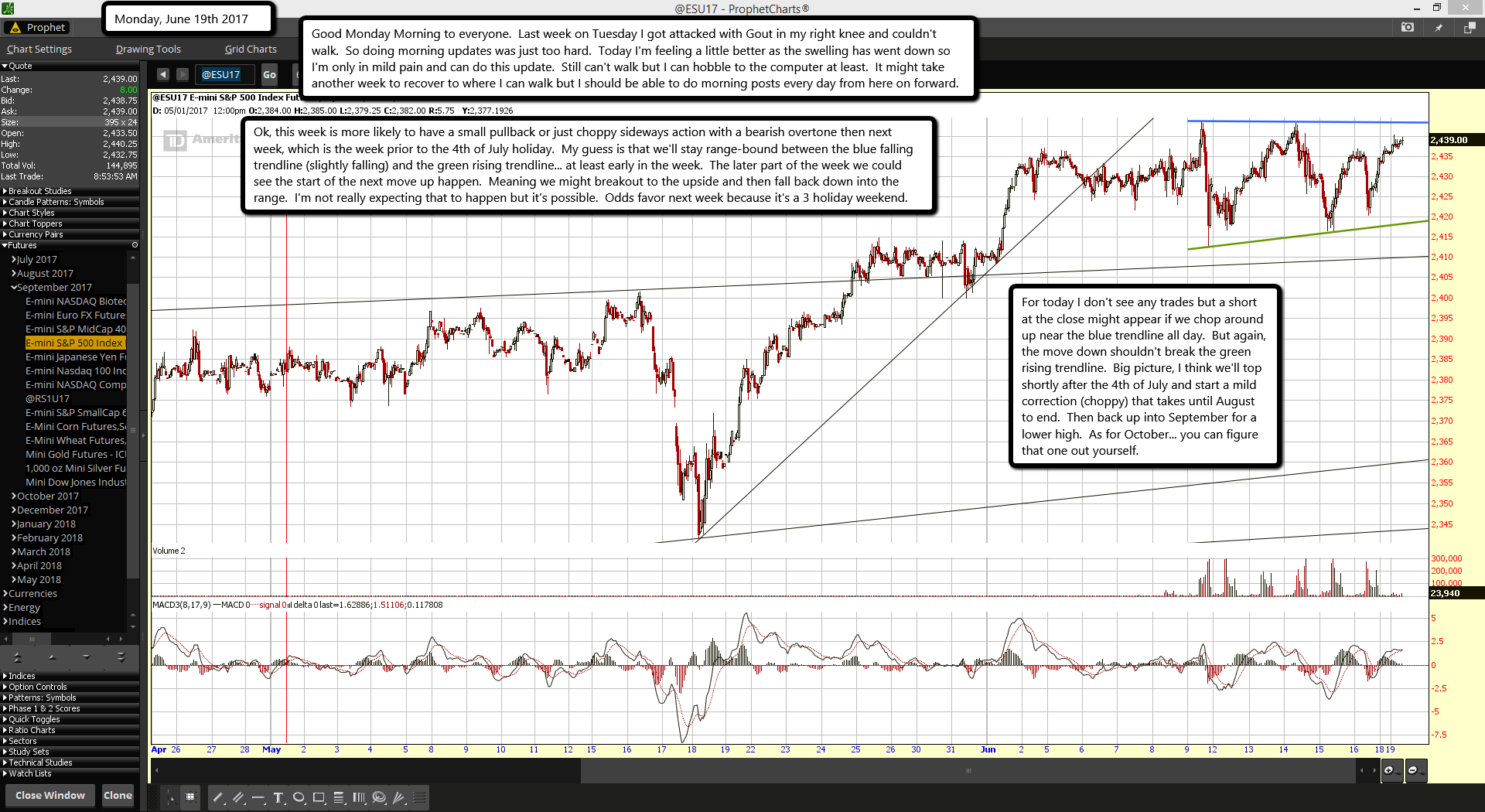 Good Monday Morning to everyone.  Last week on Tuesday I got attacked with Gout in my right knee and couldn't walk.  So doing morning updates was just too hard.  Today I'm feeling a little better as the swelling has went down so I'm only in mild pain and can do this update.  Still can't walk but I can hobble to the computer at least.  It might take another week to recover to where I can walk but I should be able to do morning posts every day from here on forward.

Ok, this week is more likely to have a small pullback or just choppy sideways action with a bearish overtone then next week, which is the week prior to the 4th of July holiday.  My guess is that we'll stay range-bound between the blue falling trendline (slightly falling) and the green rising trendline... at least early in the week.  The later part of the week we could see the start of the next move up happen.  Meaning we might breakout to the upside and then fall back down into the range.  I'm not really expecting that to happen but it's possible.  Odds favor next week because it's a 3 holiday weekend.

For today I don't see any trades but a short at the close might appear if we chop around up near the blue trendline all day.  But again, the move down shouldn't break the green rising trendline.  Big picture, I think we'll top shortly after the 4th of July and start a mild correction (choppy) that takes until August to end.  Then back up into September for a lower high.  As for October... you can figure that one out yourself.