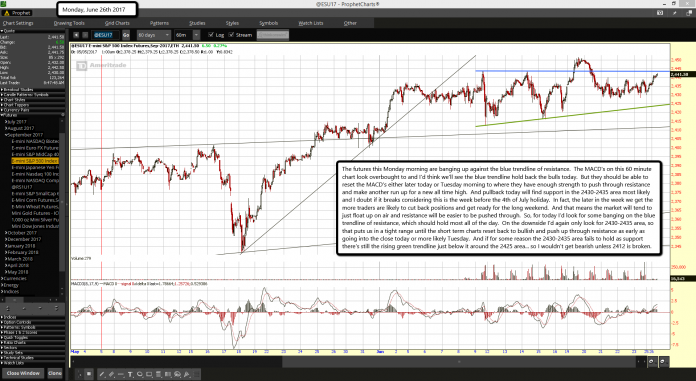 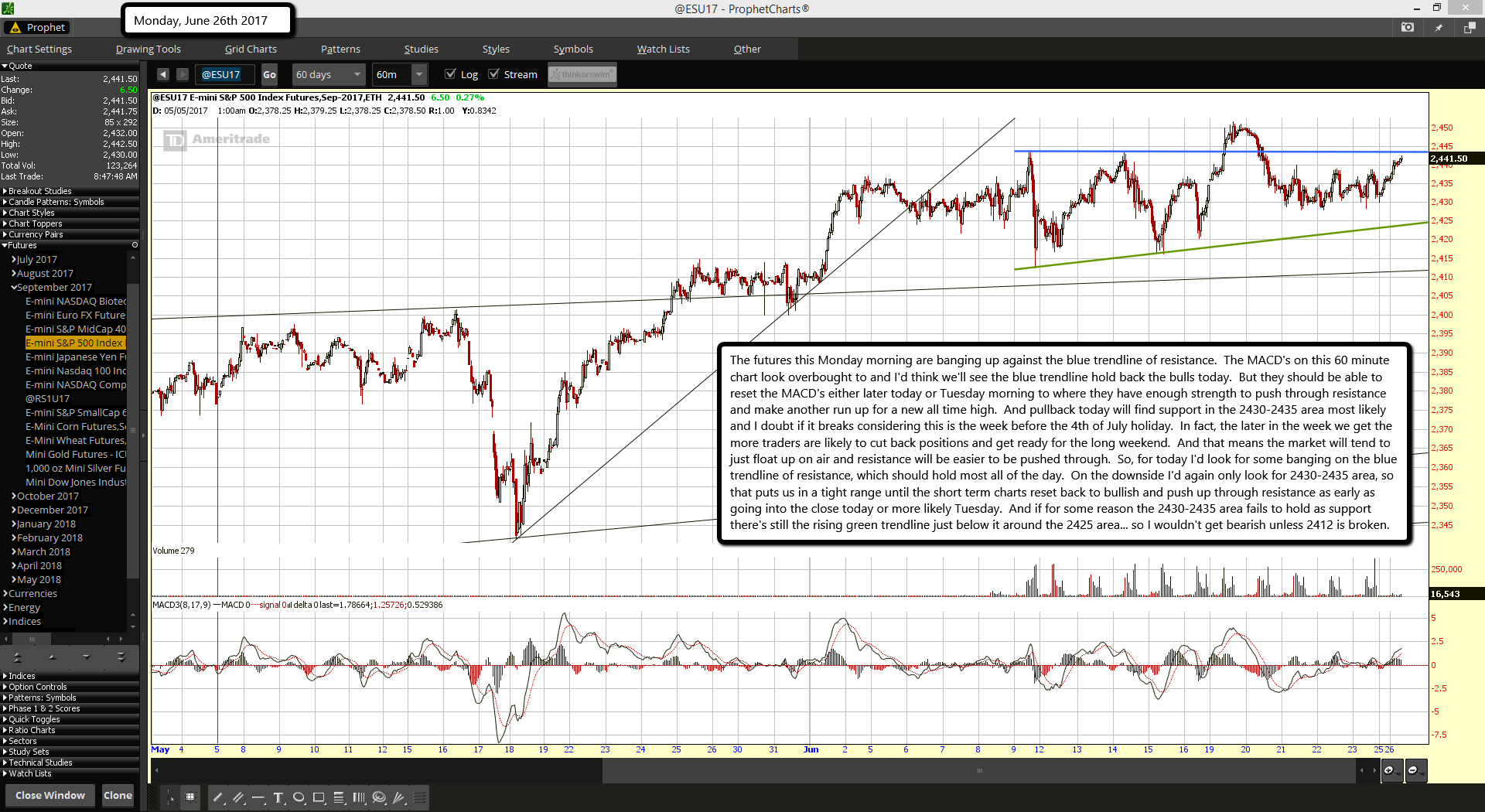 The futures this Monday morning are banging up against the blue trendline of resistance.  The MACD's on this 60 minute chart look overbought to and I'd think we'll see the blue trendline hold back the bulls today.  But they should be able to reset the MACD's either later today or Tuesday morning to where they have enough strength to push through resistance and make another run up for a new all time high.  And pullback today will find support in the 2430-2435 area most likely and I doubt if it breaks considering this is the week before the 4th of July holiday.  In fact, the later in the week we get the more traders are likely to cut back positions and get ready for the long weekend.  And that means the market will tend to just float up on air and resistance will be easier to be pushed through.  So, for today I'd look for some banging on the blue trendline of resistance, which should hold most all of the day.  On the downside I'd again only look for 2430-2435 area, so that puts us in a tight range until the short term charts reset back to bullish and push up through resistance as early as going into the close today or more likely Tuesday.  And if for some reason the 2430-2435 area fails to hold as support there's still the rising green trendline just below it around the 2425 area... so I wouldn't get bearish unless 2412 is broken.