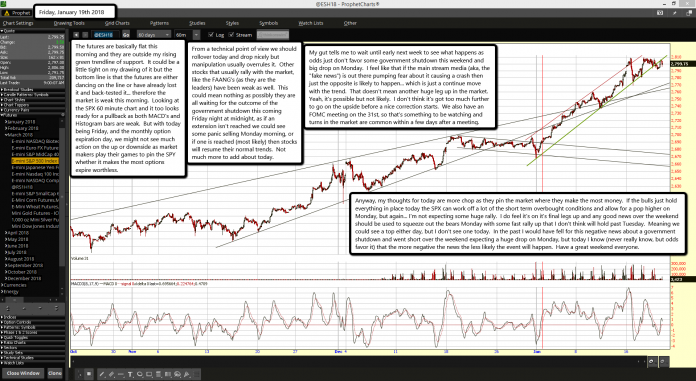 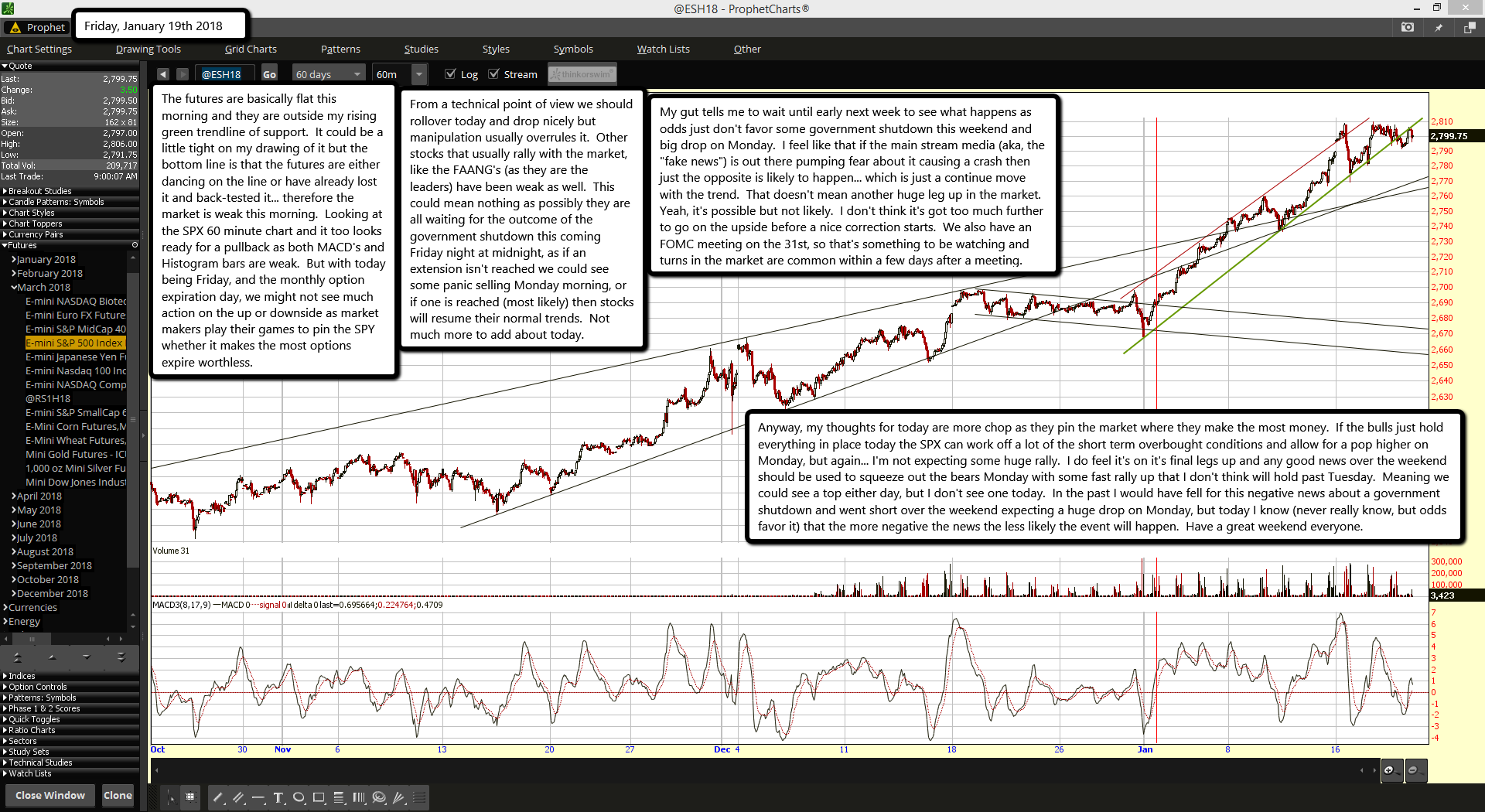 The futures are basically flat this morning and they are outside my rising green trendline of support.  It could be a little tight on my drawing of it but the bottom line is that the futures are either dancing on the line or have already lost it and back-tested it... therefore the market is weak this morning.  Looking at the SPX 60 minute chart and it too looks ready for a pullback as both MACD's and Histogram bars are weak.  But with today being Friday, and the monthly option expiration day, we might not see much action on the up or downside as market makers play their games to pin the SPY whether it makes the most options expire worthless.

From a technical point of view we should rollover today and drop nicely but manipulation usually overrules it.  Other stocks that usually rally with the market, like the FAANG's (as they are the leaders) have been weak as well.  This could mean nothing as possibly they are all waiting for the outcome of the government shutdown this coming Friday night at midnight, as if an extension isn't reached we could see some panic selling Monday morning, or if one is reached (most likely) then stocks will resume their normal trends.  Not much more to add about today.

My gut tells me to wait until early next week to see what happens as odds just don't favor some government shutdown this weekend and big drop on Monday.  I feel like that if the main stream media (aka, the "fake news") is out there pumping fear about it causing a crash then just the opposite is likely to happen... which is just a continue move with the trend.  That doesn't mean another huge leg up in the market.  Yeah, it's possible but not likely.  I don't think it's got too much further to go on the upside before a nice correction starts.  We also have an FOMC meeting on the 31st, so that's something to be watching and turns in the market are common within a few days after a meeting.

Anyway, my thoughts for today are more chop as they pin the market where they make the most money.  If the bulls just hold everything in place today the SPX can work off a lot of the short term overbought conditions and allow for a pop higher on Monday, but again... I'm not expecting some huge rally.  I do feel it's on it's final legs up and any good news over the weekend should be used to squeeze out the bears Monday with some fast rally up that I don't think will hold past Tuesday.  Meaning we could see a top either day, but I don't see one today.  In the past I would have fell for this negative news about a government shutdown and went short over the weekend expecting a huge drop on Monday, but today I know (never really know, but odds favor it) that the more negative the news the less likely the event will happen.  Have a great weekend everyone.