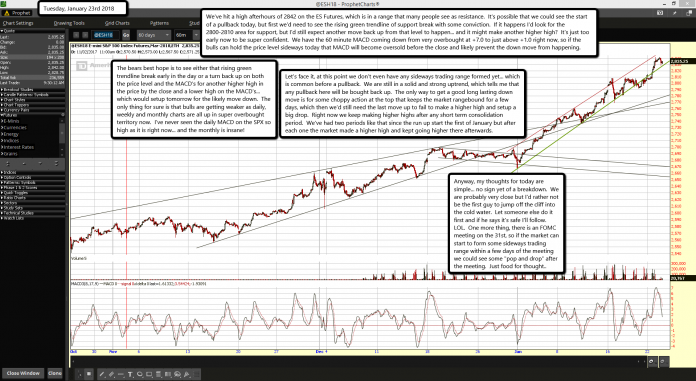 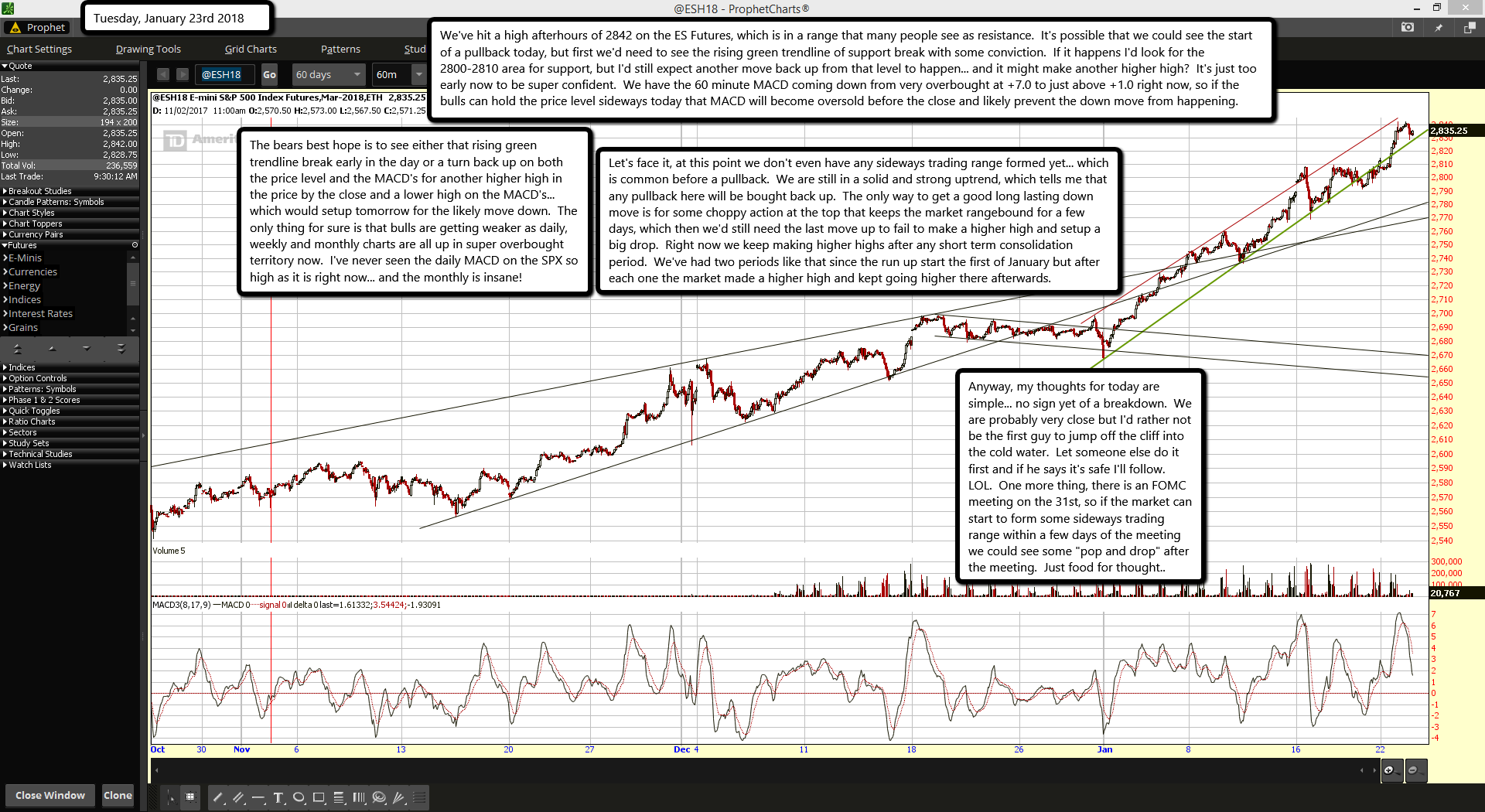 We've hit a high afterhours of 2842 on the ES Futures, which is in a range that many people see as resistance.  It's possible that we could see the start of a pullback today, but first we'd need to see the rising green trendline of support break with some conviction.  If it happens I'd look for the 2800-2810 area for support, but I'd still expect another move back up from that level to happen... and it might make another higher high?  It's just too early now to be super confident.  We have the 60 minute MACD coming down from very overbought at +7.0 to just above +1.0 right now, so if the bulls can hold the price level sideways today that MACD will become oversold before the close and likely prevent the down move from happening.

The bears best hope is to see either that rising green trendline break early in the day or a turn back up on both the price level and the MACD's for another higher high in the price by the close and a lower high on the MACD's... which would setup tomorrow for the likely move down.  The only thing for sure is that bulls are getting weaker as daily, weekly and monthly charts are all up in super overbought territory now.  I've never seen the daily MACD on the SPX so high as it is right now... and the monthly is insane!

Let's face it, at this point we don't even have any sideways trading range formed yet... which is common before a pullback.  We are still in a solid and strong uptrend, which tells me that any pullback here will be bought back up.  The only way to get a good long lasting down move is for some choppy action at the top that keeps the market rangebound for a few days, which then we'd still need the last move up to fail to make a higher high and setup a big drop.  Right now we keep making higher highs after any short term consolidation period.  We've had two periods like that since the run up start the first of January but after each one the market made a higher high and kept going higher there afterwards.

Anyway, my thoughts for today are simple... no sign yet of a breakdown.  We are probably very close but I'd rather not be the first guy to jump off the cliff into the cold water.  Let someone else do it first and if he says it's safe I'll follow.  LOL.  One more thing, there is an FOMC meeting on the 31st, so if the market can start to form some sideways trading range within a few days of the meeting we could see some "pop and drop" after the meeting.  Just food for thought...