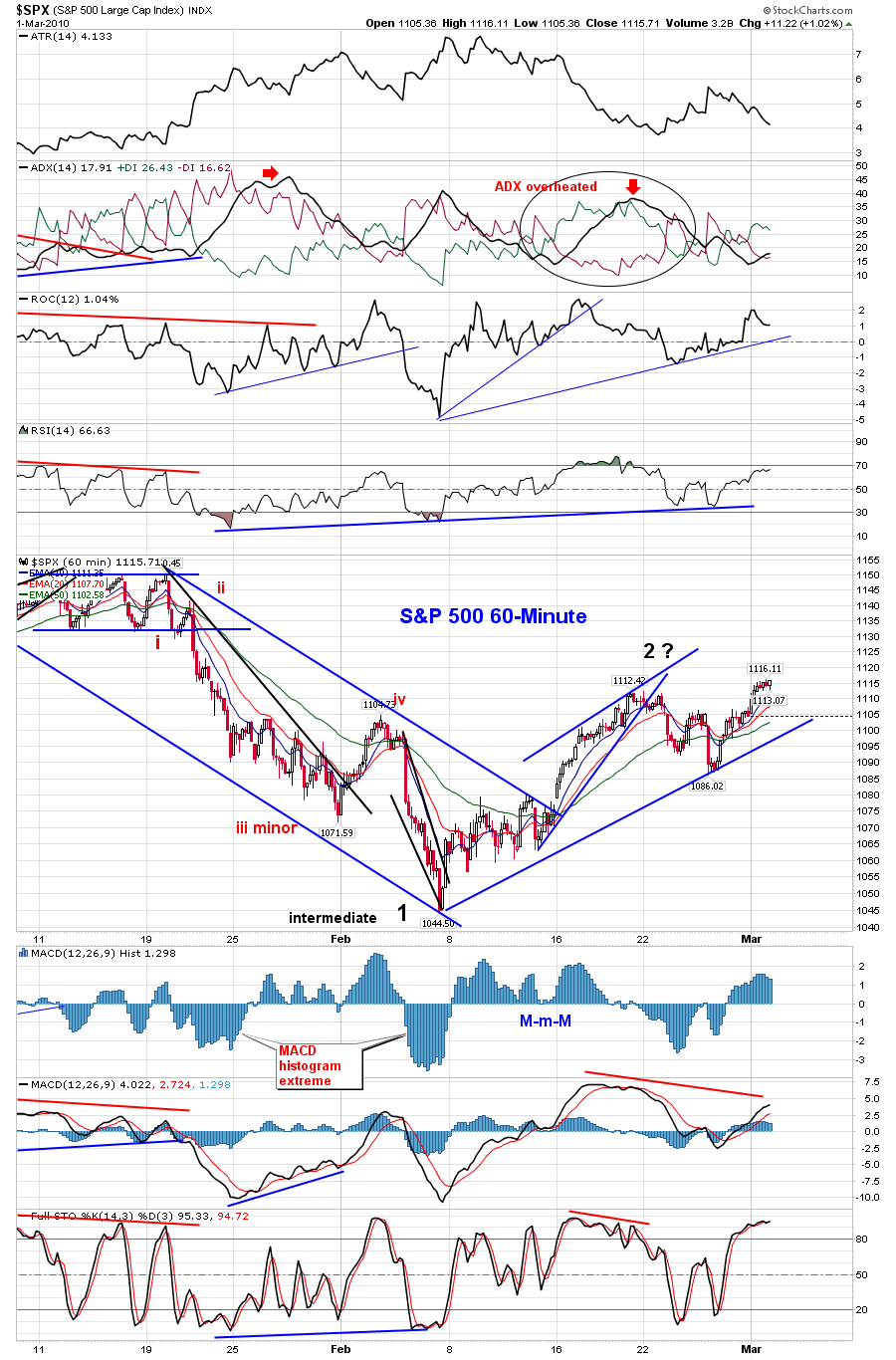 Well, it comes as no surprise that today up again.  After all, every Monday is now bullish... a new rule created by the people who control the market.  Of course we all know who that is... but I won't rant on them in this paragraph, I'll save it for another.

Did you notice that the dollar barely sold off any today?  With a strong dollar, and the market and the dollar still being on opposite sides of the coin, you would think that the market would have been held back from rallying... but the extremely light volume (147 million) allowed the market to float higher (despite the flat dollar).

It seems quite clear that the big institutions aren't selling or buying right now.  They are simply sitting on the sidelines and waiting for the retail traders to push it up to the magic level before they dump their stocks.  What is that magic level?  I don't know?  It could go back up to the 1150 area for a double top, before selling off.

Since all the bears are broke, and the institutions aren't selling, the only person left in the game is the retail bulls.  They will continue to buy, pushing up this market, until the big boys want to dump it on them.  If the retails get weak, the buy programs will come back in and bait the retails into buying some more.  Almost like a horse on a race track, with a carrot dangling just out of reach, in front of his nose.

Of course the bears can't even be found in this picture, as they are horses that have broken, bruised, or worn out body parts, locked up in the stall... trying to mend their injuries.  That's me of course... beaten, bruised, not quite broken yet, but trying hang on and get ready for next race.

So, what about tomorrow you ask?  I think we are going higher.  Yes, I know... why am I bullish now?  I'm not... but the charts are looking bullish too me.  I like being a bear, but the market is looking more and more bullish everyday now, and as much as I'd like to see a nice sell off, I think we have to go higher first.

Looking at the 60 minute chart below, I see that the RSI is now 66.63, which means that there is now "2 buys to every 1 sell" in the market.  Or 33 sellers to every 66 buyers.  That's a bullish sign on the 60 minute chart.  Notice also that the positive DI line is now on top, which means we are in a bullish mode.  The ADX line is still quite low, which means that there isn't much strength in this bullish mode.  But, as long as the market still has light volume, they can push it higher... at least for the short term. 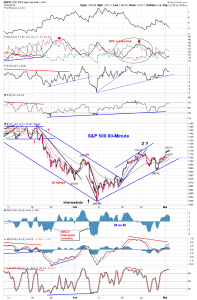 Now, looking at the daily chart below, you can see that the RSI is only at 57.45... which means that it leaning bullish, but still could go either way.  The ADX line is now under 20, which tells me that a big move is coming soon, as it should curl back up and giving a lot of strength to whichever line is on top.  I believe that will be the negative DI line, as whichever one gets on top should stay there for a few weeks... and I don't see the bulls rallying up for another month. 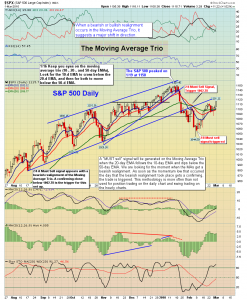 The monthly and weekly charts don't support a rally up to 1250-1300, which is where we should head if the positive DI line is on top when the ADX line starts to rally up (on the daily chart).  Those charts don't turn on a dime folks.  That's why I don't see this month closing higher.  Just look at that ADX line on the daily chart above, and notice how long the line spent above the mid-point level of 25.  I count about 4 weeks... which is about what I'd expect to happen again, once it breaks above that level.

So again, we could go up a little more tomorrow, as they control this market until big volume comes back in.  When will that happen?  Probably this Wednesday through Friday, as the economic news shouldn't be viewed too positively, but no one except those "on the inside" can really answer that question.