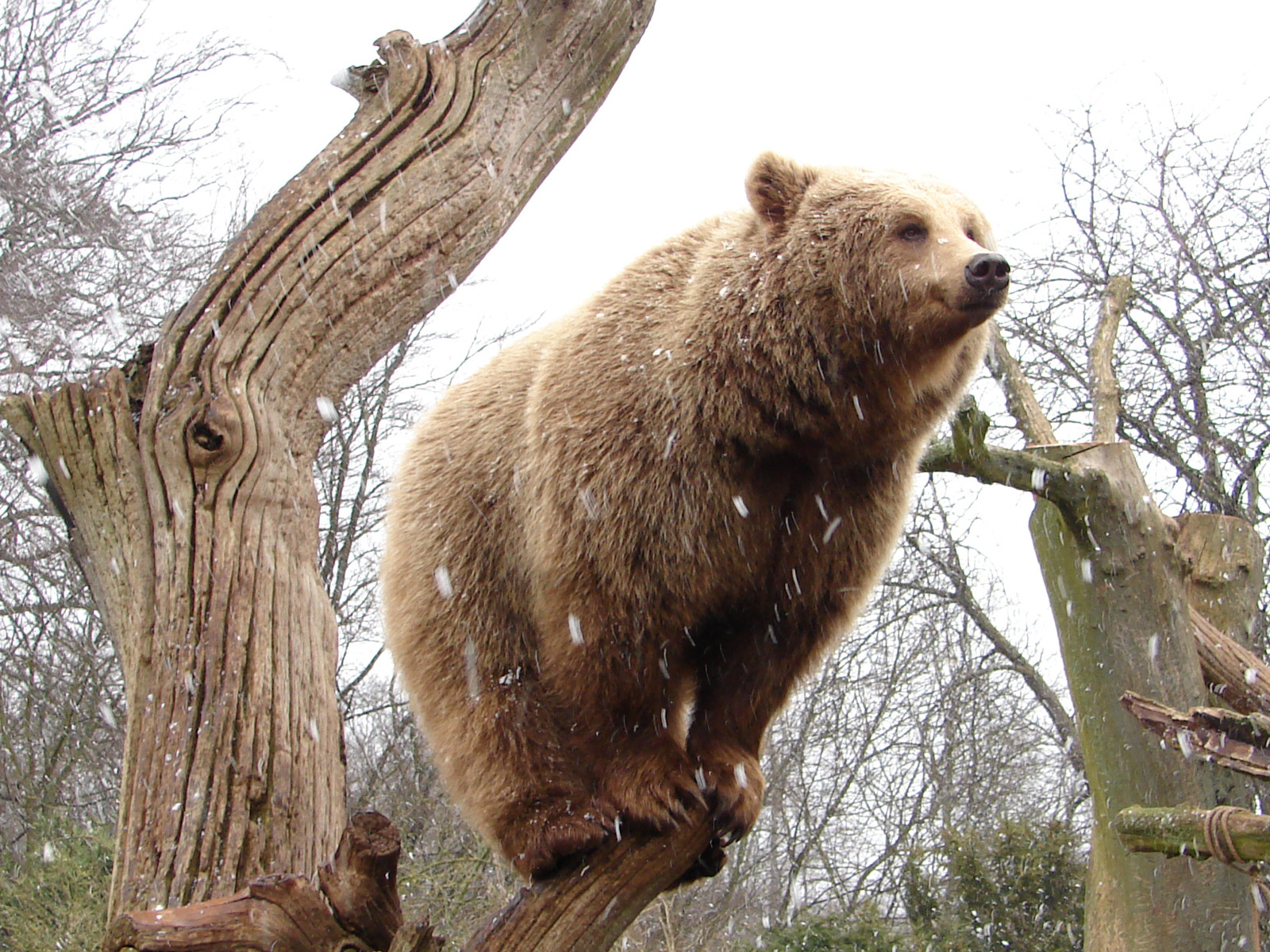 It seems that the only Black Monday to happen was for the Bears... for they just got ran up a tree today fast! 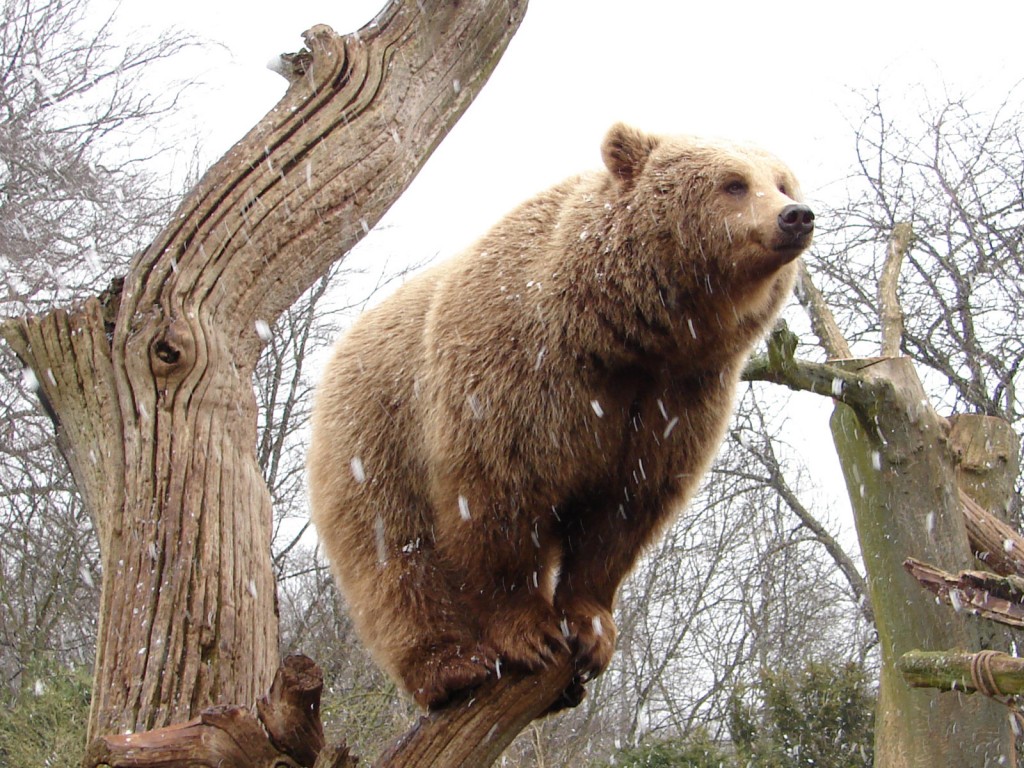 This huge move up, is actually great news for the bears, as it means that there is a higher chance of another sell off coming within the next few days.  So, I was wrong on today being Black Monday, but I still see more selling coming.  Possibly another up day tomorrow, but I don't see very much of a move up possible.  It could just be a flat or pause day?

I don't think this time will be different.  The next couple of days could be held up, but I really doubt that it will last too long.  We had 4 more fake prints at 111.30 spy, in the afterhours session.  Those could be late fills from yesterday's close of 111.47, or they could be fake prints?  It's hard too tell at this point. 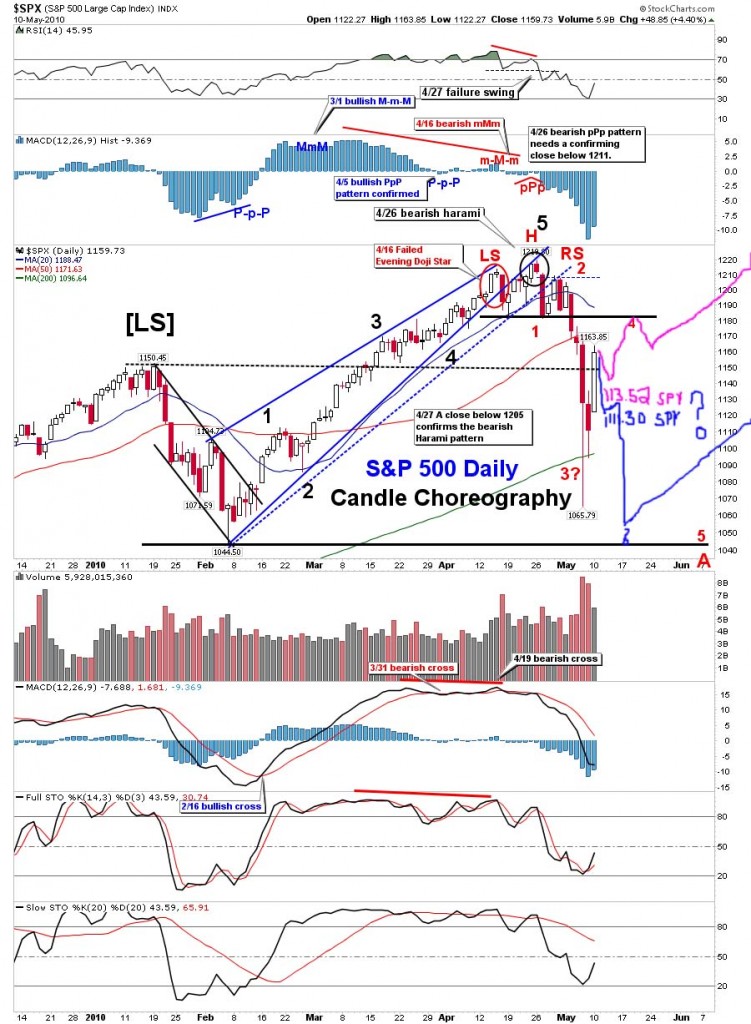 I say that because I don't think the bulls will have enough power too rally up to a new high, without first making a lower low first.  The bears are looking for a short entry, as many missed the first leg down.  With the bears overhead lurking, there should be too much resistance for the bulls to fight through, if they try to rally higher from the 113.42 level.

If the market goes down and retests the low of 105.00, and makes a lower low, then the bulls will have enough shorts in the market to squeeze them up and put in a new high in late June as I explained in the video I did.  The bulls need to get more fuel to rally up to new highs in this market, and they can't do that without more bears in short positions.  Most bears missed that big move down on Thursday.

That's why there is almost always 2 moves down.  The first one the bears miss out on, and get short too late.  That would be your wave one down in Elliottwave terms.  Then they get squeezed out like today, in wave 2 up.  But, there isn't enough of them short to squeeze them higher, and put in a new high.

You need to bait them again.  So, you have too have another leg down, taking out the current low.  Every bear will go short and continue shorting on every move higher.  They will be the fuel needed to make a new high in the market.  Remember, everyone will see the massive Head and Shoulders, so the bears will continue to go short at every level higher that the market makes.

Eventually, there won't be an more bears to squeeze, and the market will run out of fuel to go higher.  I still believe that will happen in late June or early July.  Whether or not it happens exactly on June 25th, is anyone's guess?  I thought would we sell off hard today, and then start the rally back tomorrow.

But, I was wrong, and the market decided to rally hard today... leaving me to guess at the rest of the week, as to which day the "Big Sell Off" will happen on.  Could it be Black Tuesday, or Black Wednesday?  I don't know yet, but I'm still very confident that another leg down is going to occur... and I expect it too happen this week.

Next week should start the huge rally up, and squeeze all the shorts in the May OPX.  Then, as I said in the video, a possible couple of days of selling... to work off the over bought conditions that will occur.  Then, instead of a continued fall from the huge right shoulder that will have been made, a rally up too the DIA 118.16 mark should occur.

You should all know by now that everything can change, and these are just forecasts that I'm making, by trying to put the pieces together, to give you a clearer picture of the possible future.  The game can change at any time.  But, if the past history shows any indication of the future... then this is the most likely outcome.

One more thing, as you may already know, I didn't go short into the weekend.  I stayed in cash, because I was unsure of what the weekend could bring.  I did go short today, and will stay short unless the market doesn't make the next leg down this week.  That means that the past history isn't valid this time.  But, next week will still most likely be a huge week up.  We all know that opx is usually a bullish week.

This time around shouldn't be any different, and in fact, it should have higher odds of being bullish, as there is now a huge amount of open interest put contracts for May.  They do not want to pay out on all those contracts.  That's why I think we will rally into opx.

The question still remains... is whether we have another leg down first, or this is it?

P.S.  After I wrote this post, Alphahorn posted another chart that has me concerned.  In it, he has a screen shot of the spx on the 1 minute chart, showing a low of 1056 in the pre-market session before Thursday May the 5th.  I'm a little concerned as to whether or not that qualifies as a double bottom... meaning that we might only go down to 113.52 spy tomorrow, and then rally on up from there on out. 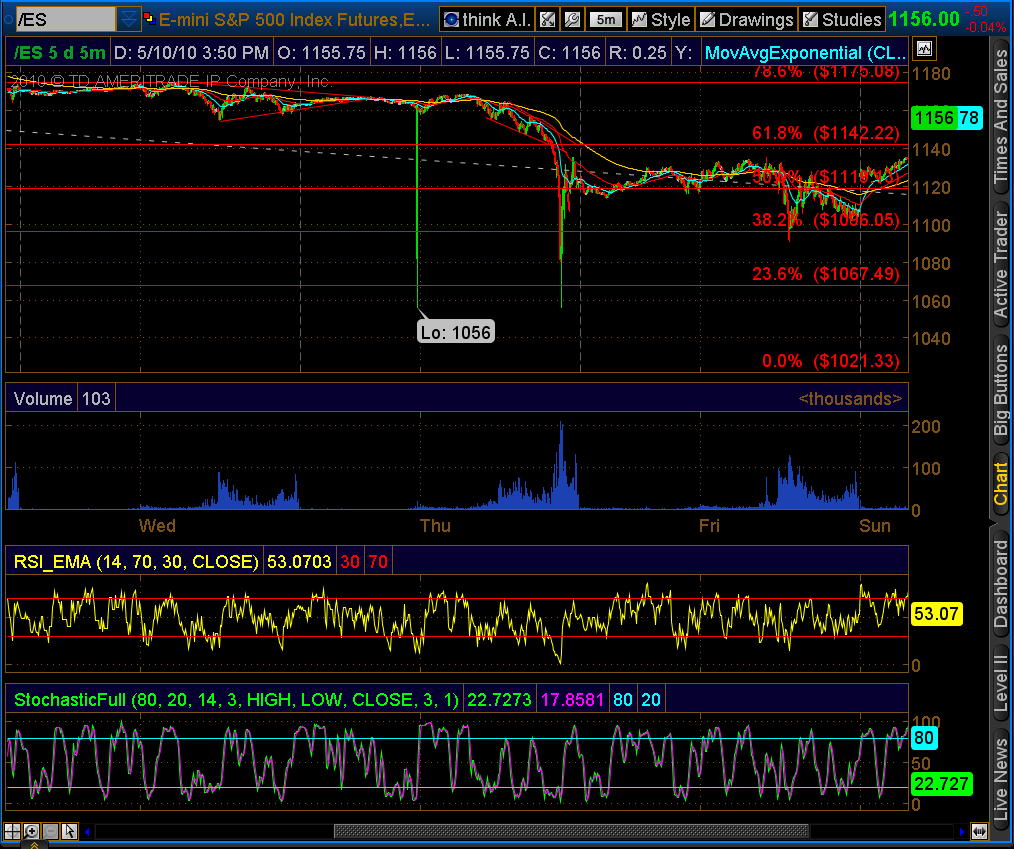 Or, was this a fake print telling everyone that the market was going down to 1056 soon (actual low was 1065 on Thursday)?  I'm going to be very cautious here, because that could mean the bottom is in for now?  I don't think it is, but I have too be open to the possibility that the current sell off is over for now.

That doesn't mean I don't expect the fake print of 113.52 spy to be hit, as I still see that happening.  But, I want everyone to be aware of it (thanks for sharing it Alphahorn).  And you might want to lighten up on your shorts at that level... unless you see the market just blow pasted it like it wasn't there of course. 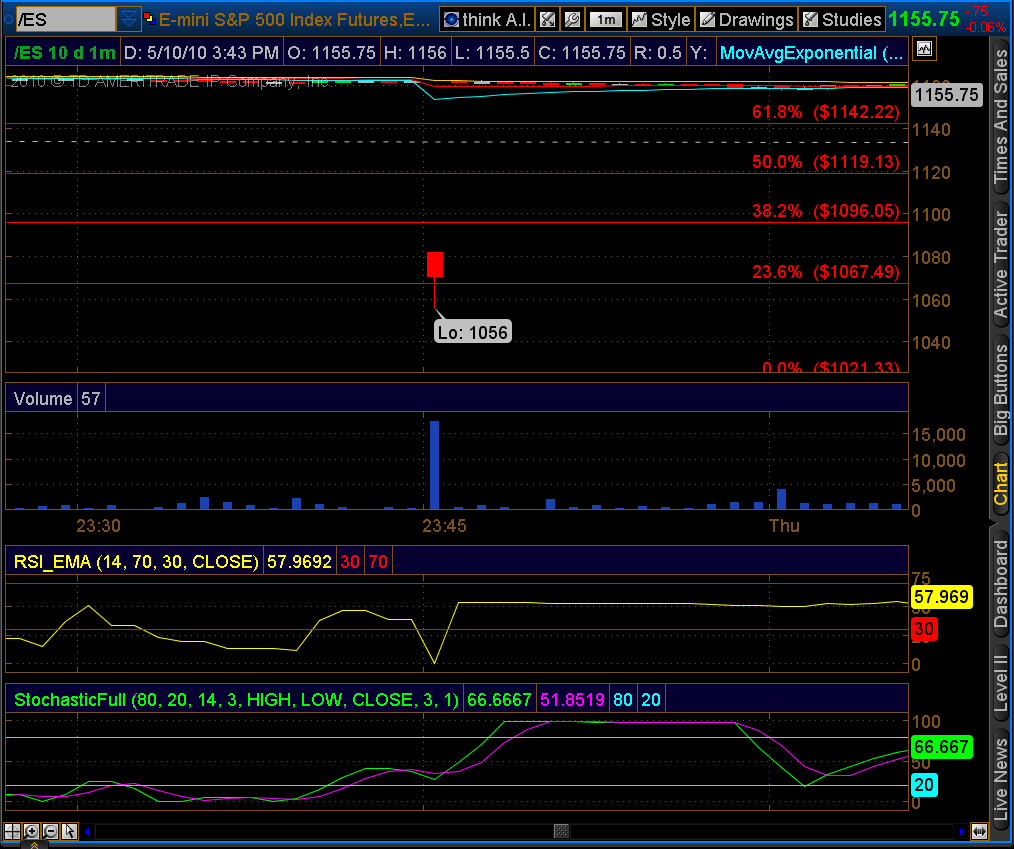 Close up of the print above.  Notice the StochasticFull at the bottom of the chart says 66.6667... tell me these guys don't like their rituals.  LOL

Actually gang, credit for the wonderful catch of the fake print, goes to  http://disqus.com/grednfer   Many thanks from myself and others who find benefit from it... go you Grednfer.  Alphahorn did mention it in his post, but I overlooked it.