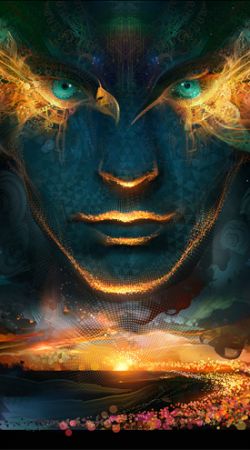 Was the oil disaster rigged?

It looks like Halliburton was making a power play for the oil, and didn't care about what effects would come from blowing up the rig.  Thanks Dick Chenney, George Bush, David Rockefeller and all the other thugs in the Bilderberger group and Illuminati Zionist pigs!

Your days are numbered and good will prevail over your evil plans to destroy the world and save only yourselves.  Sorry, but it's not going play out like you portrayed it in the movie "2012".  If fact, I believe it will be the end of centuries of lies and manipulation, that you have done to the people of the world.

A new age is coming, and secret technologies are going to be released to the people, rendering your control over humanity inapt.  Good and positive changes are going to happen after 2012, not the destruction you want to happen, so you can create anarchy, violence, and chaos.

Moving on... (sorry, I got off subject a little, but these control freaks need to be publicly hung! ... and why can't I find this news being reported by the America press?  I have to find it on Russian Television... I wonder why that is?)

Friday was just as I expected it too be... a sell off.  Obama lied as usual, by stating that the jobs numbers was great... which rallied the market on Wednesday and Thursday.  So who pulled his strings I wonder?  Sounds like a typical politician... lie, lie, and lie again.  It sure did trap a lot of bulls on that lie.  What's next?  Will he say they stopped the oil from leaking, but really didn't?  I'm sure he would say that... if he thought he could get away with it.

Anyway, from a technical point of view, the market sold off because it hit strong overhead resistance from the 200ma, as well as the 20ma barreling down for above, to form a necktie.  On top of the that, the market was  bumping its' head on the upper trendline from a strong falling channel that's held the market since it peaked in April.  Plus horizontal resistance around 1100 too... so there was a ton of technical reasons for the sell off, but the jobs report was the blame.

For Monday, I'm not sure what to expect, as we are very oversold on the 60 minute chart, but the daily, weekly and monthly are still not oversold.  That leads me to believe there will be more selling next week.  If the market stays in this falling channel, as I believe it will, then we could easily go down to 1000 spx or so.

My thoughts for Monday are that we gap down at the open, but quickly bounce back up throughout the rest of the day.  It should take most of the day to work off the oversold conditions on the 60 minute chart.  While the histogram bars are rising back up, the price could rise back up too, or just trade sideways until the chart is overbought again?  Just because the chart is oversold, doesn't mean the market will rise back up in price while the STO's, MACD and Histogram indicators do.

It could, and should... but there isn't any guarantee that it rise up with while it works off the oversold conditions.  However, if it does rise up, then the 1080-1090 area is the likely bounce target.  I do not see the market breaking outside the falling channel yet.  Not when the daily chart has worked off its' oversold conditions and just turned back down again.

So yes, this market is due a powerful rally, but until we put in a lower low, I just don't see it happening.  I believe a powerful rally will come after we have a capitulation day like February the 5th was.  We haven't had one yet.  There are still a lot of bulls out there thinking that we are just trading sideways building a base to go higher.  The bulls have too be forced into panicking... which I haven't seen yet.

Back to Monday... if we gap down, then I expect it to reverse early in the morning an rally throughout the rest of the day to work off the oversold conditions on the 60 minute chart.  If we gap up, I think it will be sold hard as there are retail bulls still trying to get out, and bears trying to get in.  That's why I don't think we will gap up.  It seems too easy, as it would allow the bulls an escape and the bears a great entry point.

Of course a flat open is possible too, which should lead to some early selling from panicked retail bulls, and then a rally the rest of the day... to again, work off the oversold condition on the 60 minute chart.  The day could simply be a "pause" day, which means it could close flat making a doji.  This all assumes that there isn't anymore bad news released over the weekend.  If so, then the selling could continue with very small bounces back up.

Personally, I would love to see it gap down in morning (at which point I would close my shorts), and then rally back to 1080-1090 area, so I could get short again.  But, that seems to easy... which leads me to believe it might not happen?  The only thing I'm feeling the strongest about, is that the market is highly likely to stay in the channel and put in another lower low by the end of the week.  The target looks to be around 1000 spx, but that's just guessing at where the lower trendline support will be at next week.

So, if Monday doesn't just continuing selling all day, and actually give us a decent bounce, then Tuesday should be the next big move down.  If last Friday was a smaller wave 1 down, and Monday gives us wave 2 up, then Tuesday would be a wave 3 down.  But again, I'm not an Elliottwave expert.  This is just speculation at this point.

There are other counts that have us breaking out the channel and going back up to 1140-1150 to put in a right shoulder.  It could happen like that, but I don't believe it will... until it first puts in a lower low.  The downward pressure from the monthly and weekly charts is huge, and now that the daily has also turned back down, it tells me the market is still too weak to go make that right shoulder that everyone is looking for.  Maybe after the lower low... or maybe never?

To recap... I'm expecting a doji Monday (assuming no more negative news), and large down day on Tuesday, and then a rally into the end of the week.  To what level, I don't know yet?  It will depend on how far we sell off, as the rally back should be some type of Fibonacci level.  We'll cross that bridge when will get there...

P.S. While the world is focused on the oil disaster, our evil enemy Goldman Sachs is once again laughing all the way too the bank.  In part 2 of the video below, they talk about an email that a Goldman Sachs employee emailed to his girlfriend, telling her that the company was going to take a large short position against the Gulf Oil Rigs just one day before the disaster happened.

For those that forgot, Goldman Sachs also had large short positions on the mortgage packages they were selling during the 2007 mortgage bubble peak.  And, they also took a large short position just days before 911 occurred too.  They profit from being part of creating disasters that kill people.  If that doesn't make you anger, I don't know what will?  These people need to be tortured by the public at large, for crimes against humanity.

And finally, this professor mentions that some unknown person posted something on a website stating that a North Korean submarine was responsible for the disaster. But, he thinks it's very unlikely to be true, as the creditability of the that story is weak. He focuses more on the fact that Halliburton people were on the rig just 20 hours prior to the explosion... leaning more toward their involvement.

Regardless of which story is true, if either is true? ...the one thing that is obviously a fact --- It was all planned ahead of time. How else could Goldman Sachs have known when to short them? Just like 911 was planned, and every war and major event this country has had in the last 100 years or more. Wake up people! Everything is planned, controlled, and staged to make a profit and control the brainwashed public.

If there is one video you should watch (later as it's a long one), it's this one by David Wilcox called "The 2012 Enigma".

It will open your eye's to a lot of things that "The Powers That Be" don't want YOU to know!  (P.S. It's about something positive and wonderful for once... LOL)