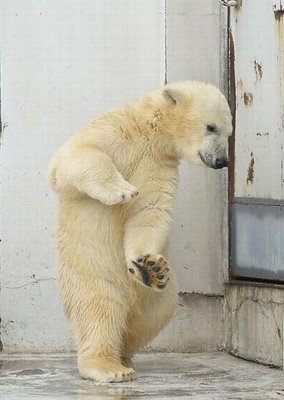 Is it time for the bears to start dancing again?

Not so fast... we need more evidence before celebrating I believe.  While today's move up and back down covered about 30 points on the swing (spx), it still had low volume on the spy.  That tells me that this was just a controlled sell off, not some type of panic, or the big boys unloading.

So, we need to see a follow through tomorrow... and with some real volume behind it.  Or, we may just be walking our way down to the 1080-1090 area, to put in a "B" wave down, with a "C" wave up after it.  Don't get me wrong, I'm not turning bullish... but the charts tell me that this is likely only a pullback, before moving higher.

The weekly chart is still moving up, from oversold territory.  The daily chart is very overbought now, so a pullback is overdue.  But we need to see the week roll back down before I'll believe a move down below the 1040 level is coming.  Look at the ADX lines on the daily chart.  You can see that it is moving lower, indicating that there isn't any "strength" behind the sell off (or the rally).

So, daytraders should do well in this large range bound trading, but I believe a big move down isn't here yet.  When the ADX line retests the previous low around 20, and starts to curl back up... that's when a big move is coming.  Depending on which DI line is in control at that time, will tell the next move in the market.  That should happen by this Friday at the latest.

This week I'd like to see a close outside the rising channel... ideally below 1080 spx.  So while I think this week will still close down, I don't think we will see a big sell off tomorrow.  The trendlines drawn in on this chart shows the 1080 area as the break point that would put market outside the channel.  If we see that broken, I think she'll fall hard...

So for tomorrow, it could go either way?  I'm not seeing any clear cut direction in charts.  The 15 and 60 minute charts are in oversold territory and could go deeper, or rise back up and push the market up with it.  The daily is very overbought and again... should pull back.  But the weekly is pushing up now, and could contain any big move down.

The market really needs an "event" to cause the big sell off to start.  Could be anything... maybe good ol' Ben Bernanke will raise rates this Wednesday and collapse the market?  I doubt it, but anything is possible.  Expect the unexpected, I say.