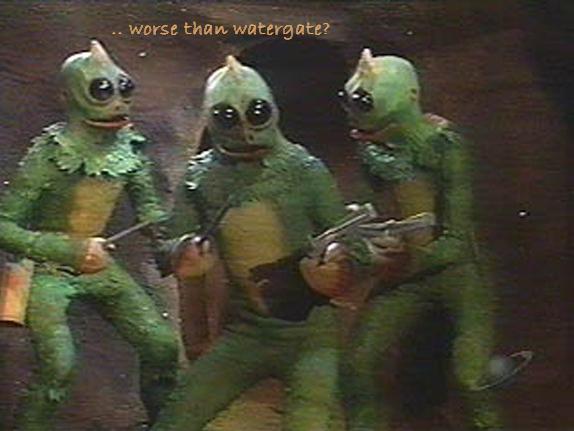 The Manipulation In The Market Is Now At PEAK Levels!

Just what will it take for the market to sell off?  I don't think a nuke going off in the White House would even cause a sell off now.  In fact, everyone would probably celebrate as it would kill all the gangsters... hence the market would rally to new highs!  But for now we have to assume that this POS market will continue to choppy around this area until it makes another run higher.

The charts are worthless, as the gangsters just ignore them and keep the market up regardless of the insane bullish percentages and various other indicators that clearly point to a sell off coming.  Will it happen?  I doubt it... after all, it's the holiday's and the gangsters need us sheep to go spend money we don't have.  Bernanke must have missed my home when he was flying over in his helicopter dropping hundred dollar bills, as I didn't get any of that free money... did you?

I think the hoover vacuum cleaners at Godman Sucks, and JP Muggers must have sucked it all up.  The gangsters never ceases to surprise me anymore, but most of the public is still asleep at the wheel.  When will they wake up and go arrest these robbers is still a mystery to me.  But, maybe some of the sheep are waking up?  The story about WikiLeaks keeps getting more and more attention.

I'm glad to see it, as it has woken up my people now.  The question of whether or not Julian Assange is a planet by TPTB is still unknown?  Since rumors are that George Soro's is funding their site, that leads me to believe that all these leaks were done on purpose.  To what evil end is also still unknown?  But, I'm sure it has something to do with cracking down on the "freedom of speak" we still have on the internet... which will result in some B.S. law being passed to take it away from us.

Just like the 911 Patriot Act was created so they could fondle your child in public at airports because they might be hiding a bomb in their pants, any new law will be just as bad as this one is.  While I'm not a fan of lawyers, as they are about the same as Carp (a bottom feeding fish), that law takes away your right to even see a lawyer as they now have the right to arrest you and hold indefinitely without any charges, and without the right for council.  They just say that you are a suspected terrorist, and all your rights are gone. 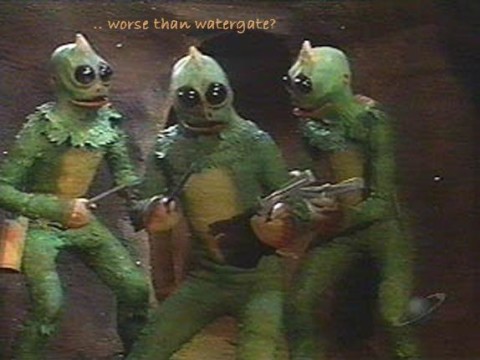 (I borrowed this from Reinhardt, as it seems so appropriate now that the Reptilians (err Gangsters) are getting scared).

Yes my friends, they have 2 sets of laws now... one for us sheep that says that we can't even grow our own food anymore without breaking the law (Senate Bill S 510), and one for them that says that they can murder, rape, rob, and arrest you anytime they please.  I'm never going to stop talking about these gangsters, until they are all gone.  When that happens, I'll celebrate and actually go long in the market!  LOL!

I still think we will close lower by then end of this week.  Thursday have been bearish many times in the past, and I think we'll see something breakdown tomorrow, and allow this market to sell off.  In the afterhours right now (11pm est) the market has rallied back up to 1233 ES, just shy of a double top at 1235 ES from Tuesday.  This can be looked at 2 different ways...

One:  We are going to gap open tomorrow and continue rallying to highs.  This would support the 60 minute chart pointing back up, as well as the 30 minute chart too.

Two:  They are just fooling the bulls by rallying in the afterhours, and plan to take it back down tomorrow morning at the open.  This would support my thoughts that what they do in the afterhours is many times reversed by the premarket session.  It would also clear out all the shorts, and maybe trap a few longs too.

Either one of those two scenarios is going to play out... but which one?  I favor number two, as I believe they are clearing out stops now with plans to take in down tomorrow.  But, we all now that the charts aren't working right now, so even though we are at extreme levels of Bullishness, we could still go higher.  Maybe they will continue to push up until they finally hit the DIA FP?

While I really think they will push that off until sometime in January, it's possible that they could hit it before the end of this year... especially if they continue to "not pullback" any at all.  We've all seen this market crawl higher day by day, defying gravity as the monopoly money keeps coming in and saving the day, time and time again.

So, don't be surprised if I'm wrong again on this week ending lower.  I've eaten mud too many times now, and one more time isn't going to kill me.  All I can say is that the charts still say we go down.  Whether or not they work this time is another story?

P.S. Robert, you've been about the only one whose stayed long during this run up, and you've been right.  Congratulations on that!  Now let's see if us bears can get a little to eat?