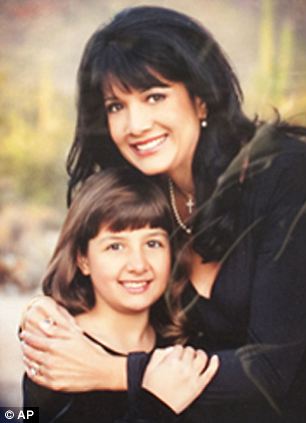 Probably up tomorrow, as the new VIX FP of 14.86 will likely be hit before we sell off. Also, the website with the video I want you to watch (that I speak of in the this update) is located at: http://endofamerica3.com

The weekend secret meeting at the White House was likely about the new currency coming, which happened to be at the same time the Legatus Pilgrimage ended.  Coincidence?

Another link (http://iamamalaysian.wordpress.com/2011/02/06/the-world-is-on-the-verge-of-a-monumental-change/) about the coming new currency, as well as a video by Colleen Thomas where she speaks of these thugs being arrested.  The website she speaks of is http://www.global-settlement.org/cms/, which are the one's funding the arrest of Obama and his minions (according to her).  I believe it won't be too public and O'bomb'us will just be allowed to resign.

The link to the video on Gerald Celente's site is...

Here's the bottom line... something BIG is about to happen and the market is going to react with uncertainty and/or panic.  What usually happens with a panic in the market?  Remember Lindsey Williams speaking of the dollar being devalued 50% or more this year?  It could happen over night with this currency change.

This insanely controlled market should have started into Primary Wave 3 (P3) down months ago, and ended this P2 rally up from the March, 2009 low of 666 SPX, but it just keeps on going... just like the energizer bunny!

It should have ended back in January of 2010 when the market peaked around 1150 spx, but instead extended into the April top of around 1200.  Was that P2.1?  If so, then the extension again to last Thursday's top was P2.2, and I guess that's still not enough yet so it's going for P2.3!

This market should be trading at Dow 5,000 right now... or lower!  This crap is really pissing me off right now!  The market rallies on every disaster and bad news event released!  WTF?  Tell me they are going to clean out the White House and kill all the gangsters by some nuke or something and I'll celebrate and go long the market with everything I got!

I'd like to see  Bernanke's head on the end of flag pole in my front yard, as the American flag sure doesn't stand for freedom anymore!  At least I'd be showing my patriotic side by honoring the master of our money scam to my neighbors.  All hail "The Bernanke" our savior of our 401k pension plan, and retirement accounts.  Never fear as the stock will never lose value and go down again... we've outlawed it!

Ok, I'm feeling much better then I did this morning.  Sometimes I have too air it all out and this blog is the only place I can do it at... so just forgive me for my moment of weakness.

Moving on to the markets.  I'm going to cover most of that in the video, so here I'm just going to go over a few points of interest.  The Legatus Pilgrimage was the 3rd through the 5th, and the day I'm typing this is Saturday so it's over about now.  In the past, these dates were good at predicting a turn in the market, but I'm not sure if that's still the case now with them being so exposed by Reinhardt?

The last one in September of last year didn't produce a turn at the bottom or top, but instead just rallied the market more.  The market was around 1100 spx in early September, and had risen from the 1040 low in late August.  The market didn't turn back down from 1100, but instead rallied to the current high today.

So... does that mean the event does work anymore for giving us a turn in the market?  I'm not sure about that?  I can only say that they still likely decide the fate of the economy at these meetings.  I would speculate that they decided to secretly inject another round of stimulus into the market at that prior event... hence the reason the market rallied to 1300 today!

Sometimes I write these posts in increments as new things come to me and I want to get them out there before I forget them.  I wanted to find out what the latest news is from our insider Ben Fulford, and I was lucky enough to find his most recent update on this website below (and this one)...

After reading the report I went to the "You Must Listen to the Call" link and read it too.  I listened to all four (30 minutes each) audio links and I've highlighted and bulletpointed the things I found interesting in them.

I've copied the audio links for you to down and listen to on your computer.  They are below:

Each part is approximately 30 minutes.

You can of course just play them from that person's blog if you find it easier.  The link is here:

More conformation of the coming 50%-70% Dollar Devaluation, as previously stated by Lindsey Williams...

(thanks to MyGitana for finding this) 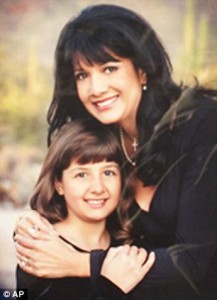 Important highlights from this part 4 of 4 interview:

Back to message and how it will affect the stock market...

This meeting that was held could very well be the "catalyst" needed to crash the stock market, as the gangster cabal doesn't want to lose their power and may decide to tank the market as a "last ditch effort".  The new currency that the "White Hats" (many in China, who are the good guys here) are proposing will stop the gangsters from continuing to enslave the public.

You see, as long as the money isn't backed by gold, oil, or some other real physical asset, they can print as much as they want and keep everyone in American in debt prison.  They can also continue laundering their CIA drug money, and it can't be tracked.  This new money will help us sheep, and destroy the wolves as only they will be the ones' losing out during the switch.

Most of the debt is these crooked CDO's (Collateralized Debt Obligations) that the gangsters fraudulently sold to the rest of the world during the 2007 mortgage bubble.  These debts won't be paid, and will be wiped clean instead.  This will free many American's and some will even walk away with their home free and clear of any liens.

This is a good thing, but the gangster cabal (aka... the Fed's, which is run by the Illuminati Elite) will become powerless as all the money owed will vanish and be disturbed back to millions of people through the forgiveness of debt.  These gangsters don't want this, and I believe they plan on crashing the market to try and save themselves by insuring panic and violence... which is what they thrive on!

On another note, things are never what they appear it seems...

What a disappointment to see Ron Paul holding up the Illuminati hand signal in the video above 🙁  I had hoped that maybe he was "the one" (as in the matrix), but I guess he's just another cleaver distraction that the gangster elite used to mislead us sheep.  Bummer!

I'm going to stick with the hope that Gabrielle Gilfords will recover and run for President one day soon (as in, this coming election).  I know it's unlikely, but stranger things have happened.  I do believe these gangsters will lose this war they have been waging for centuries by enslaving us sheep, as they follow the bible, which in it... THEY LOSE!

I have NO idea what is going to happen next week!  Sorry, but the chart are unclear right now.  I see bullish charts and bearish charts.  I don't know what to make of them?  They say the dollar is going to be devalued but right now the charts look bullish.  The market should correct when the dollar goes up, but that hasn't been happening lately?

So what gives?  More of the same old B.S. manipulation... until they decide to pull the money plug and crash the thing I guess.  When will that happen?  If the Legatus Pilgrimage turn date period still works, then it should start this week or next week at the latest.  However, if they inject more funny money into the system (secretly of course), then that could push the market up higher into March.

I honestly don't know what to expect next week.  We'll just have too take it one day at a time and see when the charts all line up in one direction, giving us a better clue of what's too come.