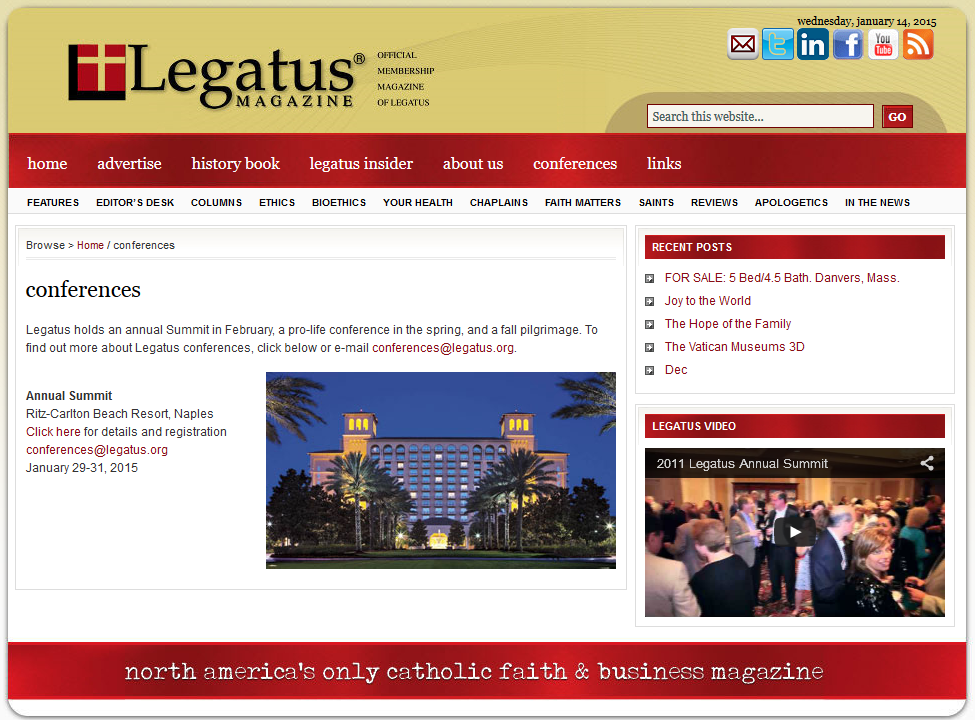 Will we get another crash this year?

I guess if the correction is fast enough you might call it a mini-crash, but the next BIG Crash is still a couple of years off I believe.  I'm looking for an early pullback in January/February and then a push back up into mid-summer, with July being the most likely month to top out in.  What I'm looking for is a move similar to the 2011 drop that bottomed at 1101.54 SPX on August 8th, then bounced and made another lower low on October 3rd of 1074.77 which most elliottwave chartists call "Primary Wave 2" down with the current rally up since then being one very long Primary Wave 3 up.

So we are looking for a Primary Wave 4 down this year and it should be 20%+ if it's going to be similar to P2 down.  This monthly chart tells us a lot from a technical point of view.  We can clearly see the MACD's losing momentum and looking ready to go negative soon.  How long it takes is just a guess but I think we'll have at least one month close down (probably this January) and then a few positive months into mid-summer before losing the zero line on that MACD chart.  Possibly we tread along it for the first half of 2015 staying between zero and maybe +5 or so? 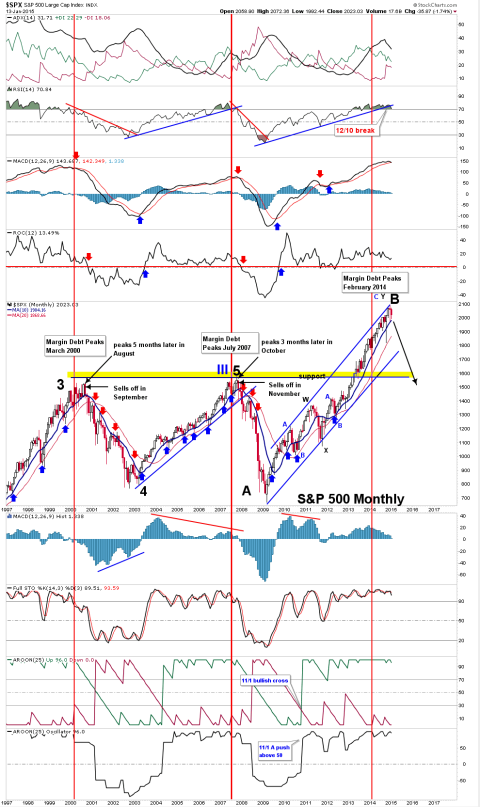 Looking at the rising channel we can see that lower blue line is coming in around 1750 which I believe we could very well see hit later this year.  While it's possible that it breaks and we go down and hit the horizontal support level just under 1600 from the two prior tops in 2000 and 2007 I suspect they won't let it drop that far.  Remember, there is very likely one more very larger "blow off top" rally coming (Primary Wave 5) that should top out in 2017 sometime... so I don't think they'll let the market collapse too far this year.

Clearly we have already started selling off this January as I write this post so that's no big surprise.  Looking at the weekly chart we the MACD's going negative and price level still inside the rising wedge.  Back in October of 2014 we seen the market breakdown through that lower trendline of support but rally back above it before the week closed out... saving the market once again from a much bigger collapse. 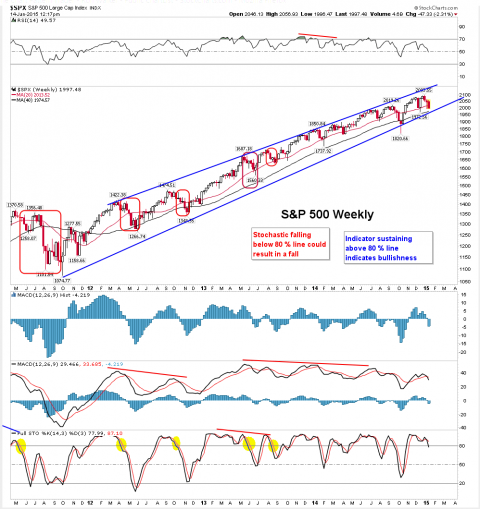 We notice now that the MA 40 is around 1974 on the SPX in this chart and that's just slightly above that lower support line on the rising wedge.  So, if they plan on rallying up to new higher highs into mid-summer they need to hold that zone on a weekly close to avoid a bigger drop.  However, the monthly chart looks much weaker this time around then back in October when they pierced it once, which leads me to speculate that the support line won't hold this time if it's broken.  My guess is that we'll hold it on the first hit, then lose it later this month or early February after riding the support for a few weeks.

By letting the trendline break with a deeper correction they can then have a more sustainable up move afterwards.  It would create a new channel and level of support for the bulls and give them the opportunity to rally into mid-summer to backtest the broken trendline on the current rising wedge, which would of course be at a much higher level by then.

This is the best scenario for the bulls I think as without a decent correction I just don't think they will be able to rally up to 2100-2200 like they want to do.  Trying to stay inside that rising wedge all the way out to mid-summer (where I suspect we'll top at) will be a tough feat for the bulls... especially with the threat that Janet Yellen will speak of a future interest rate rising happening in the near future.  While I don't know if they will actually raise it this year just the hint of it will be enough to scare the bulls and excite the bears.

As we all know the market rallies and sells off in front of any planned events and not when they actually happen.  It's the old "sell the rumor, buy the news" saying that keeps the market always doing something today in anticipation of something in the future.  This is why the market is always on edge every time the FED's release the minutes of the latest FOMC meetings.

So from a technical point of view, combined with the fear of some future interest rate hike, it won't be likely that the market can continue rising until mid-summer while staying inside that wedge.  It's getting too bearish on the monthly chart now to support the weekly holding that lower support trendline.  This is why I think it will break this time around and then rally back up later this year for the possible backtest.

The monthly chart has support from the MA 20 at 1868 area, which "could" be the zone that we'll see this January, February, or March before turning back up to rally hard looking for that higher high into mid-summer.  If they don't allow the market to correct that far and instead manipulate it to stay inside the rising wedge on the weekly chart then I don't think we'll see much of a higher high into mid-summer.  At that point I'll lower the odds of seeing 2200+ and forecast that we'll end somewhere in the 2100 area with a lot of sideways range bound trading between now and that top.

On the flip side if they allow the deeper correction then I'd expect to see 2200+ in mid-summer with a more steady rally happening along the way as opposed to the range bound wild swings up and down we've been having over the last several months.  While this range is over a 100 points wide right now I think it will end if they just allow a bigger correction to happen... as therefore a more powerful rally can start.  Failure to allow the correction means we'll likely see more of these wild and crazy moves up and down until summer while they try to stay inside that rising wedge.

While it's been a very steady and controlled move down this week the daily chart is getting oversold and due for a bigger rally here soon then the one day (or intraday) moves we've recently had.  The short term support is at the 200 day moving average around 1965, which could be hit this week if they are going to do a "flush out" move before bouncing.  It lines up nicely with a double bottom area of 1972 from December 16th, 2014 which should add to the support as well.  It's an obvious level that everyone see's and is currently acting like a magnet for the market, drawing it closer every day it seems.

However, we all know that when something it very well seen by the masses SkyNet will usually do the opposite so the sheep lose money again.  So that "flush out" move to that zone should be tricky and fool the sheep so they get shaken out of their positions at a lost.  How will SkyNet do it?  That's a great question and one that I can't answer unfortunately.

It could gap down to that zone Thursday morning and reverse back up all day squeezing the bears that are expecting a crash, and continue that squeeze into Friday recovering a large amount of the move down, while making all those bears holding January 16th puts expire worthless and futures traders start buying back their shorts at a lost (which is how the bulls get these huge rallies in the first place).

Or they could just rally it up from the current level staying above that obvious target zone and pushing that thrust move down until next week or the week after.  I'm thinking (guessing... speculating) that a nasty solid (or almost solid) red candle bar close on the weekly chart for this week isn't something they want to happen as it will then increase the odds of the following week tanking even deeper and breaking the 40 MA around 1974 on the weekly chart.  Some how I get the feeling they will start a squeeze from the current levels (falling short of hitting the 200 DMA of 1965 and/or the double bottom of 1972) and save the move down lower for next week and/or the week after.

I think the 200 DMA will not be the short term bottom before a bigger bounce.  It doesn't line up to me.  I see SkyNet fooling the sheep with a break of that zone to a lower level.  While I'm sure there will be a bounce from it as the big boys buy it I don't think it will hold as the low for them to rally up to new all time highs from.  I think that we'll see a short lived bounce and then another push lower into the end of this month. 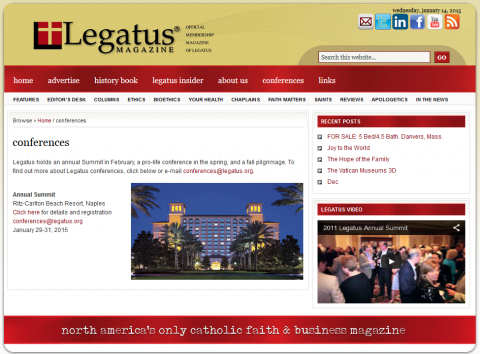 I'm guessing will bottom around the next Legatus meeting January 29th-31st, 2015... which also is the same time frame of another FOMC meeting (http://www.federalreserve.gov/monetarypolicy/fomccalendars.htm).  Too much coincidence for me to think a big turn in the market won't happen during that time period.  Therefore I think we'll bounce this week and hold the 40 MA on the weekly and the lower rising trendline on that rising wedge, and then over the next 2 weeks into the end of January we'll see a break of that line with a target zone of 1750, 1820, or 1868 being hit.

The 1750 estimate is from the monthly chart as that's where the lower trendline is on the rising channel.  I give it low odds of hitting but it's still possible.   The 1820 area is from the October 15th, 2014 low and would be of course create a double bottom.  I give it medium odds of being hit.  The 1868 level is from the 20 MA on the monthly chart and it makes the most sense too me of being hit due to the expected turn date zone of being at the end of this month.

It would also fool a lot of sheep that (once at that zone level) would naturally be staying short expecting to exit and go long at the double bottom of 1820... which brings us back to the current market level today as being in a similar zone of just 20-40 points shy of another expected double bottom where the sheep would again want to exit their shorts and go long.  Since SkyNet's job is to steal the money from the sheep I find it unlike to be hit this week as I previously suggested.

It's all about mis-direction as you know.  Anything too obvious to happen simply won't happen... at least not when everyone is expecting it to happen.  Therefore I'm looking to be fooled as that's SkyNet's only way to profit... and it does it very well.  After we rally up next week to get everyone bullish again we'll be looking for the sell off to continue into the Legatus/FOMC date zone.